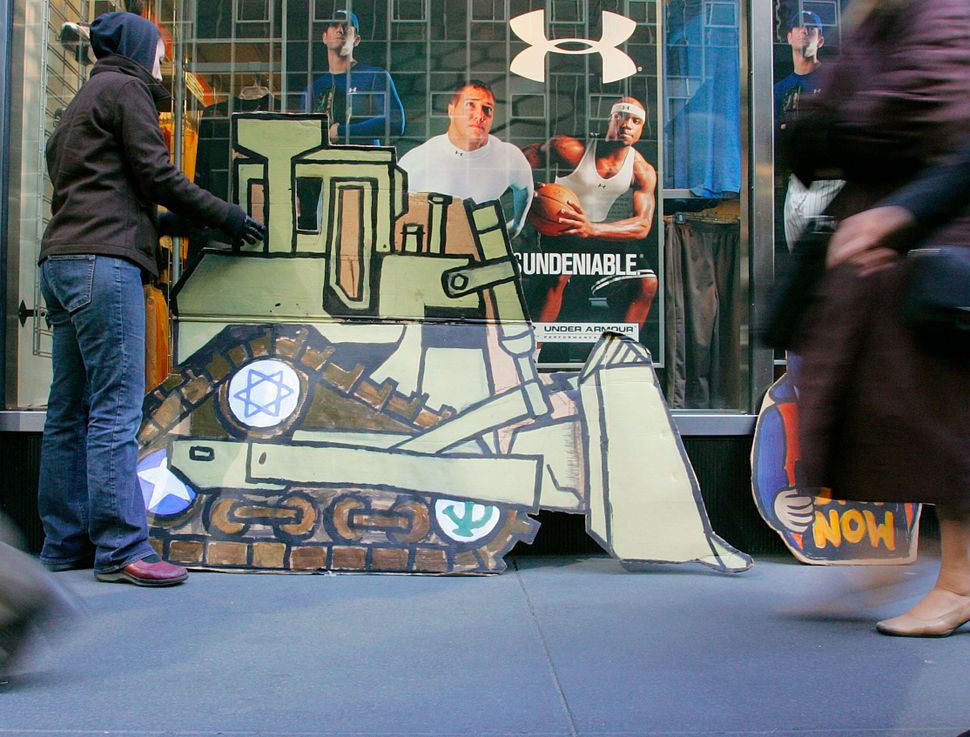 WASHINGTON – While “Israel apartheid week” events on campus and student government boycott resolutions have been grabbing the attention of pro-Israel organizations, a potentially more consequential battle over pressuring Israel has been raging in corporate boardrooms and shareholder meetings.

The target audience for these efforts: investors concerned about the social and moral aspects of their portfolios and companies and investment funds that present themselves as socially responsible. It’s a growing field, estimated at $7 trillion in the value of the stocks under its umbrella, and it’s attracting an ever-growing share of the business world.

Today, both sides are claiming the moral high ground in the clash over how to treat investment in companies that are involved in Israel’s military occupation of the West Bank, or tied to the exclusively Jewish settlements Israel has established there.

Supporters of divesting from some companies profiting from business related to the Israeli occupation argue that any investor claiming to be socially responsible cannot ignore the conflict when making financial decisions. Pro-Israel activists counter that focusing on Israel rather than viewing a broader perspective of the conflict is in itself a moral breach.

“We are not trying to clean people’s conscience, what we are trying to do is change the situation on the ground,” said Sydney Levy, an activist with the campaign to boycott, divest from and sanction Israel, or BDS, as it is often known. “We want companies to understand the economic consequences of their actions.” 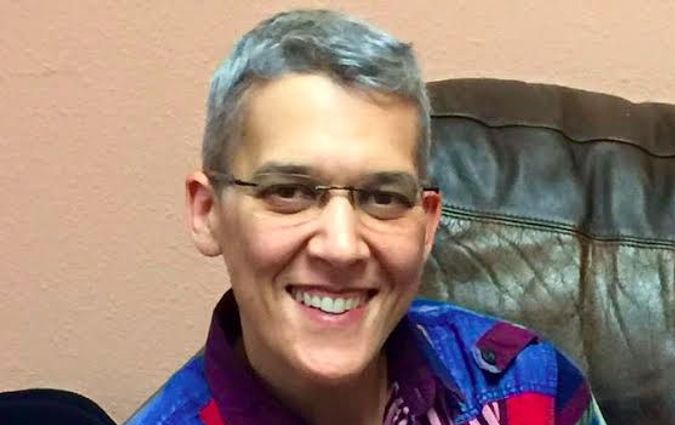 Although often bundled, via the BDS label, with consumer boycotts aimed at Israeli companies or institutions, divestment is a more complicated process. In this effort, activists seek to use their power as investors to target specific companies. They appeal to institutional and private investors to rid their portfolio of companies involved in the Israeli-Palestinian conflict or in what the activists describe as war crimes being perpetuated by Israel.

“There is a very well-recorded widespread disinformation campaign against us,” said Dalit Baum, director of economic activism at the American Friends Service Committee. “We use exactly the same general human rights screen and the same criteria for every region in the world. A human rights screen by definition is universal.”

Baum has emerged as a leading voice in the field of socially responsible investing, and several pro-Israel communal activists have pointed to her work as being the driving force in shifting attention toward investments in companies operating in Israel.

An Israeli scholar and feminist activist, Baum co-founded Who Profits from the Occupation, which was the first organized attempt to move anti-occupation activism into the realm of corporate responsibility. Since 2013, Baum has been working for AFSC, a Quaker organization devoted to promoting the church’s pacifist values and known for its strong stance against Israel’s policies toward the Palestinians.

At AFSC, Baum created an online tool that enables investors to see if their portfolio includes companies involved in human rights violations related to Israel’s occupation of the West Bank or to mass incarceration in the United States, the two issues the group is now focused on. She stressed that calls for divestment from a company are only made as a last resort, after they have failed to respond to shareholder pressure. In most cases, she advises investors to engage with the company, raise concern over its involvement with the Israeli occupation and attend shareholder meetings when possible.

In an interview with the Forward, Baum strongly rejected the notion that these divestment actions target companies that merely do business with or in Israel. Instead, she said, they take aim at firms involved in “specific severe human rights violations.” These include construction and infrastructure projects for West Bank Jewish settlements, which are often built on expropriated Palestinian land or on public land; “explicit complicity in specific war crimes,” such as the manufacture and sale to Israel of weapons used against civilians, and international law violations, such as helping to build Israel’s separation barrier in the West Bank, over the country’s internationally recognized boundary. (The International Court of Justice in the Hague has cited the barrier’s path as a violation of international law.)

“It doesn’t matter what you think of the occupation or the settlements,” Baum said. “But all of us can agree that when the big corporations come in and profit from it, then we, as citizens, lose whatever agency we have.”

The movement has had some well-publicized achievements, primarily with mainline protestant Christian denominations. Several have either adopted divestment resolutions for their portfolios or are in the process of considering divestment of their pension funds from companies involved in Israel’s West Bank activities. In the most recent example, the Unitarian Universalist Association decided in April to pull out of several companies, including Caterpillar, HP and Motorola, because of the business they conduct with the Israeli military in the West Bank.

The list of companies targeted for divestment is a source of deep dispute between the sides involved, as demonstrated in the battle over Caterpillar. Pro-Palestinian activists have been seeking for more than a decade to get socially responsible investment funds to divest from the Illinois-based heavy machinery manufacturer because of its sale of D-9 bulldozers and other equipment vehicles to the IDF. Israel has allegedly used these vehicles in the West Bank to raze Palestinian homes, construct the separation barrier and build exclusively Jewish settlements. According to Baum, Caterpillar also has clear knowledge that the Israeli army retrofits its D-9 bulldozers with heavy machine guns and a bulletproof cabin, enabling their potential use against protesting Palestinian civilians.

Ethan Felson, executive director of the Israel Action Network, a joint program of the Jewish Federations of North America and the Jewish Council for Public Affairs, views the case of Caterpillar as an example in which misleading information is provided to investors by BDS activists. He argued that the bulldozers are sold as standard equipment through the U.S. government military aid plan for Israel. Felson argued that the relations of other companies on the divestment list with Israel’s army are also mischaracterized.

While large investors such as pension funds can pick and choose the companies they’ll invest in and have the liberty of dropping certain stocks, most individual investors worried about the social impact of their portfolio turn to mutual funds that advertise themselves as socially responsible. These funds use established criteria, known as screens, to eliminate companies involved in activities deemed socially or morally objectionable. The screens can be used to eliminate companies manufacturing tobacco products, weapons, or, in recent years, coal and other fossil fuels that contribute to global warming.

“You need demand [for a specific screen] to get mutual funds to create the supply and apply screens, like we’ve seen with fossil fuels, and so far it clearly hasn’t risen to that level” when it comes to companies involved in the West Bank, said Greg Pitts, a financial adviser with Natural Investments. The company focuses exclusively on socially responsible investments. But Pitts stressed he was expressing his own views, not those of the company.

According to Pitts, there has been a small uptick in questions from clients regarding Israel. But “it’s not a very common request,” he said. In any event, addressing such a request would be difficult in most cases. Mutual funds—the investment instruments for the overwhelming majority of Pitts’ clients—currently have no specific screens that identify and eliminate companies tied to the Israeli-Palestinian conflict. An Israel-West Bank screen would be possible only for the minority of clients who maintain separately managed, individualized portfolios, said Pitts.

Measuring the efficacy of divestment moves in the socially responsible investing field is practically impossible due in part to a large gray area: companies and investment funds that pull their business out of Israel or the West Bank without explicitly declaring that their move stems from divestment pressure. Even harder to identify are companies that avoid investing in Israel in the first place out of fear they will step into a minefield of controversy.

“Our biggest concern is actually not divestment, but avoidance — companies avoiding future ties to Israel because it’s too controversial,” said Julie Hammerman, founder and executive director of JLens Investor Network, a group devoted to promoting investments in line with Jewish communal concerns, which include social justice, the environment, and Israel.

The existence or extent of such a chilling effect is unclear. Several companies, most notably the British security contractor G4S, have recently pulled out of Israel, but stress they did so solely for business reasons. Nevertheless, BDS activists have hailed these companies as responsive to their concerns. Pro-Israel activists, meanwhile, have condemned and even called for boycotting them because of their decision.

“You can talk privately to a company and see it is clean” from occupation-related investments, said Levy, who has worked with Jewish Voice for Peace, a Jewish organization supportive of BDS. “But publicly they will not acknowledge that this is a criterion. If they don’t say it publicly, it’s not worthwhile for us because we have no guarantee they won’t change their mind tomorrow.”

Pro-Israel activists, who have arrived late to the field of responsible investment, are only now trying to counter the efforts of BDS activists. “Today, the field of responsible investment is no less influential than the political arena,” said Hammerman. “BDS has been active in it since 2001 and worked there comfortably because there was no presence of the Jewish community.”

Through JLens, Hammerman seeks to use shareholder power and a future mutual fund her group intends to create to influence companies on issues of concern to the Jewish community, including Israel. The group encourages positive investment, such as in joint Israeli – Palestinian projects, instead of divesting. “We believe that companies should be aware of their impact anywhere around the world, but the unrelenting obsession with Israel alone is hypocritical and discriminatory,” she said.

Baum counters that no such unique focus on Israel exists; to the contrary, she claims, Israel was ignored for years by the socially responsible investment community. “If there is any singling out, it was by giving impunity to Israel all these years,” she said. “What we are trying to do is to highlight areas of concern that were not looked at before.”