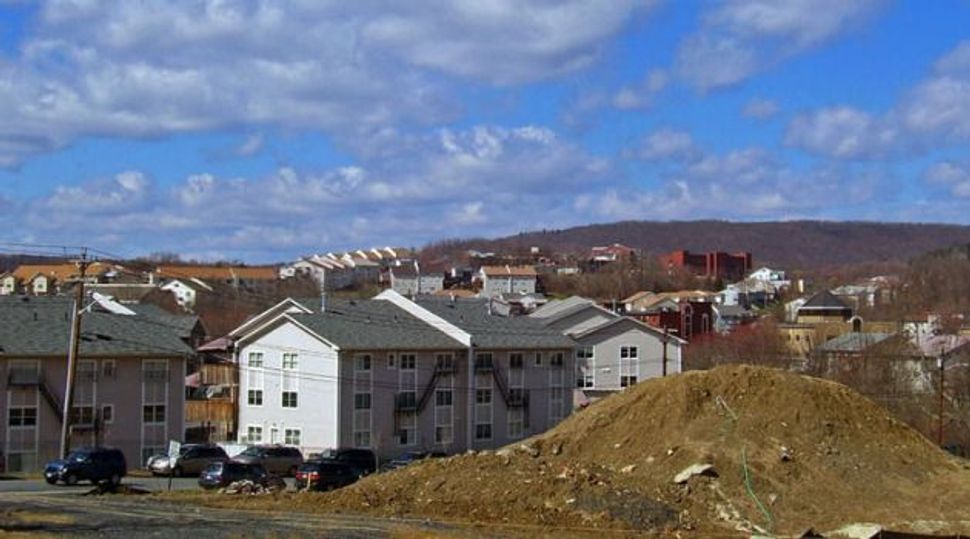 A large group of federal agents and local law enforcement officials descended on the ultra-Orthodox village of Kiryas Joel in Orange County, New York on Thursday morning, carrying out searches throughout town.

Kiryas Joel is controlled and populated by members of the Satmar Hasidic sect. The village’s spiritual leader, Rabbi Aaron Teitelbaum, is in a years-long conflict with his brother, Rabbi Zalman Teitelbaum, who is based in Williamsburg, Brooklyn, and leads his own group of Satmar Hasidim. Village officials did not respond to an inquiry left Thursday morning.

A reporter with the Journal News on site in Kiryas Joel on Thursday afternoon reported that he had seen FBI agents removing records from a building affiliated with the United Talmudical Academy, the village’s religious school system.

Last week, press reports indicated that local authorities were investigating a video that appeared to show a teacher in a UTA school in Kiryas Joel kissing a young male student.

And last month, Kiryas Joel schools were among those visited in FBI raids that local media reported were part of an investigation into religious schools’ use of the federal E-Rate technology subsidy program.