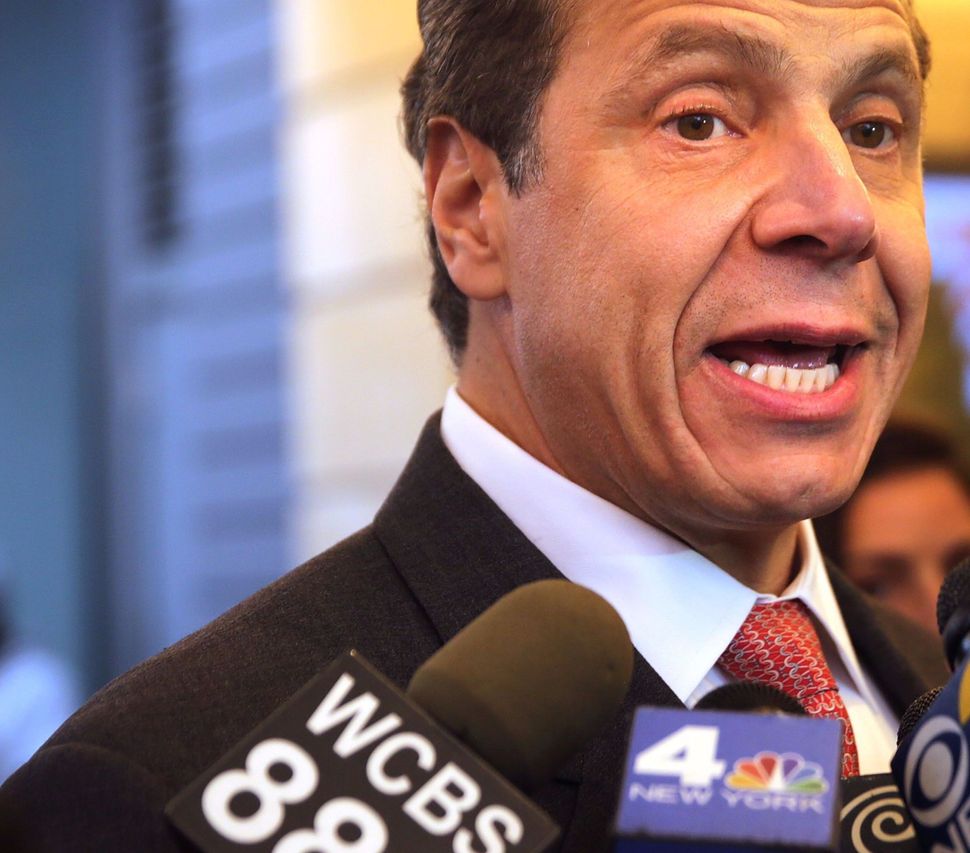 The clock is ticking toward midnight, and dimming hopes now seem to rest with New York Gov. Andrew Cuomo for a bill that would enable thousands of child sex abuse victims to seek justice from their abusers.

Victim advocates had considered twin bills introduced this year to be their best chance yet to extend the statute of limitation for pursuing sexual predators of children criminally and civilly. But state Senate Republicans have made clear they will, as in the past, block efforts to reform New York’s statute of limitation for such crimes, which is among the shortest in the country.

Now, with the June 16 deadline for adjournment of the legislature only two weeks away, supporters of the measure are urging Cuomo to force the matter by introducing a separate bill of his own.

“The governor always has the opportunity to introduce what is called a program bill,” said Mike Armstrong, chief press officer for Assembly Member Margaret Markey, the bills’ prime sponsor in the lower house, where it has strong support. Such a bill, fashioned by the state’s chief executive, “puts the muscle of the administration behind the issue,” Armstrong said.

“We know discussions are taking place among the governor, Assembly and Senate legal teams,” Armstrong noted, referring to an earlier commitment from Cuomo to raise the issue in discussions with legislative leaders. “His support for one of the existing bills or a new program bill from him would be the two routes for the governor to act on his commitment to the survivors that he recently met with personally.”

Indeed, Cuomo’s introduction of his own program bill was widely credited with forcing the Senate to vote on the state’s landmark Marriage Equality Act of 2011, which legalized gay marriage. But though Cuomo recently made clear that he would sign legislation reforming the state’s short time limits for bringing child sexual abuse cases to court if the current bills were to pass, his press office declined to comment on whether he would introduce a program bill of his own to press the issue.

Senate Republicans, meanwhile, are clear that they will block any attempt to bring the Senate bill to a vote.

“I don’t believe a bill is going to come to the floor, I really don’t,” said Senate Deputy Majority Leader John DeFrancisco, a Republican who has been an outspoken critic, during a May 23 interview on WRVO, an Albany public radio station.

Advocates, including many Jewish sex abuse victims who say they were molested at yeshivas and Jewish day schools, are meanwhile regrouping and planning a last-minute “unity walk” across the Brooklyn Bridge on June 5, in support of the legislation.

“We hope that [Cuomo] comes out in full support of the Child Victims Act before the legislature session ends,” said Chaim Levin, a survivor and community activist from Brooklyn’s Crown Heights. “Meetings are important,” he said, alluding to a meeting Cuomo had with victim advocates for the bill on May 19. “But we need action to be taken as well. We are talking about the safety of children, and there’s just no room for neutrality anymore.”

Currently, victims of childhood sex abuse have until their 23rd birthday to bring forward civil claims against their alleged abusers. But experts say it can take decades — often well into adulthood — for someone who has been abused as a child to understand what has been done to him, come to terms with it and come forward publicly.

The Child Victims Act, the proposed legislation, would eliminate the statute of limitation for future cases civilly and criminally, and allow a one-year “look back” window for adult survivors to bring past claims forward.

An earlier version of the legislation was first introduced by Markey, a New York State Assembly Democrat, in 2006, and has taken various forms in being reintroduced over the years. Sen. Brad Hoylman, a Democrat, co-sponsored the latest version that was shot down in the Senate.

While the legislation has been adopted in the Assembly four times, it has never made it to the floor of the state Senate.

“More than a third of the Assembly members are already co-sponsors of my bill in [the Assembly],” Markey said, “which will ensure its passage, I believe.”

Along with the Catholic Church, Agudath Israel of America, an Orthodox umbrella group, has lobbied against the legislation in past years — citing fear that if it passed yeshivas would be flooded with old claims of sex abuse.

A 2013 version of the bill, Agudath Israel wrote, “could subject schools and other vital institutions in communities like ours to ancient claims and litigation and place their very existence in severe jeopardy.”

Agudath Israel has given no indication that its position has changed, but 150 Jewish leaders have come out in support of the bill — including rabbis from all major denominations.

And recently, the National Council of Young Israel, a prominent Orthodox group with affiliated synagogues nationwide, backed the measure to eliminate the criminal statute of limitations completely.

Marci Hamilton, a professor of law at Yeshiva University and a statute of limitations reform advocate who has worked nationwide, said that she has seen political tides turn at the last minute.

The Republican’s opposition, she said, “does not mean the bill is not alive.”