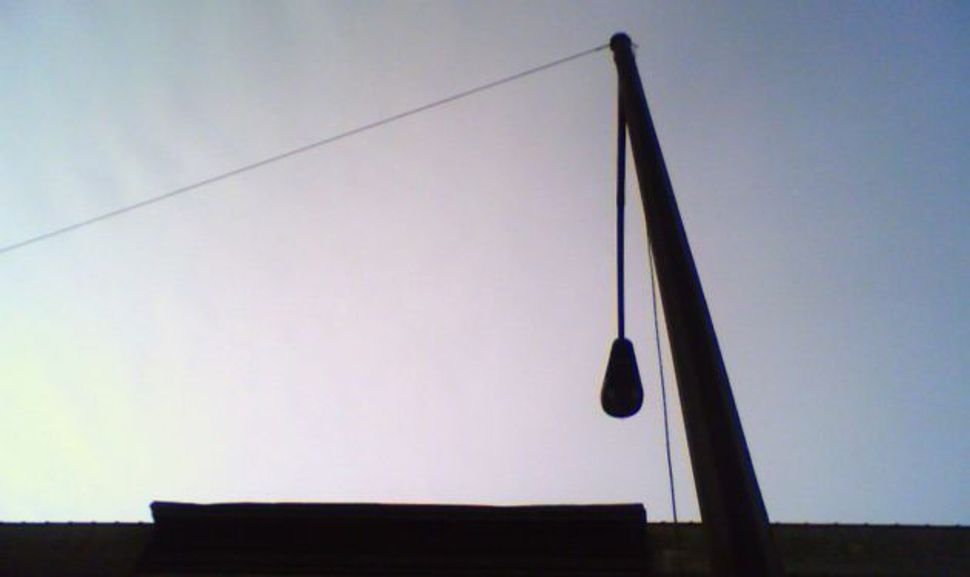 For six years, the Jews of the Hamptons have gone head-to-head over a piece of wire they can barely see.

The Orthodox finally won the right to erect the eruv, a wire that allows Orthodox Jews to travel on the Sabbath because they consider it as an extension of the home, in the tony towns of Quogue and Southampton earlier this year after a federal court ruled in their favor. A public hearing on Thursday will determine whether the same will happen in nearby Westhampton.

The controversy has set secular and Orthodox Jews at odds in this swath of Long Island known as a playground of the super rich and celebrities, and old wealth. Tensions rose within the Jewish community of mostly summer residents when secular opponents argued the eruv’s presence would ruin the aesthetics of the town of Southampton, despite the fact that they acknowledge they can’t even see it.

Furthermore, some secular Jews argued that the eruv will mark the area as Jewish, which they object to.

“As a Reform Jew, I find it extremely offensive to create a distinction that this is a Jewish area,” said Arnold Sheiffer in an interview with The New York Times. Sheiffer is the leader of the aptly named group Jewish People Opposed to the Eruv.

Supporters of the eruv approached Verizon and Long Island Power Authority with the proposition back in 2011 to use telephone poles for the ritual barrier. They had taken over the idea when the Hampton Synagogue received backlash in 2008 for wanting to install lechis, or markers. Three years later, the EEEA sued the town governments after learning it wanted to fine the phone companies if they allowed the eruv to be erected. In 2014, a federal court judge ruled that the towns could not block the eruv, effectively allowing the plan to move forward.

The Jewish People Opposed to the Eruv argued that installing a religious object on public property violated the First Amendment edict requiring separation of church and state.They lost the argument in 2013, but it’s something still on their minds.

The leaders in both Southampton town and Quogue village seem relieved to have settled the argument, and now it looks as if Westhampton may soon follow suit.

But according to The Southampton Press, not everybody is convinced.Brian Sokoloff, a lawyer for Westhampton, says it may agree to allow the eruv for now, while holding out hope that future legal action might overturn the decision.

Who knows — the seemingly small-time case could end up in front of the U.S. Supreme Court one day.

“I’m not satisfied with the … ruling that a religious symbol can be placed on public property,” he said in the Times article. “But I recognize, and my clients recognize, that this is now the law until it is overturned in another case.”