Meet the Man Fighting Eruv ‘Terrorists’ in the Hamptons 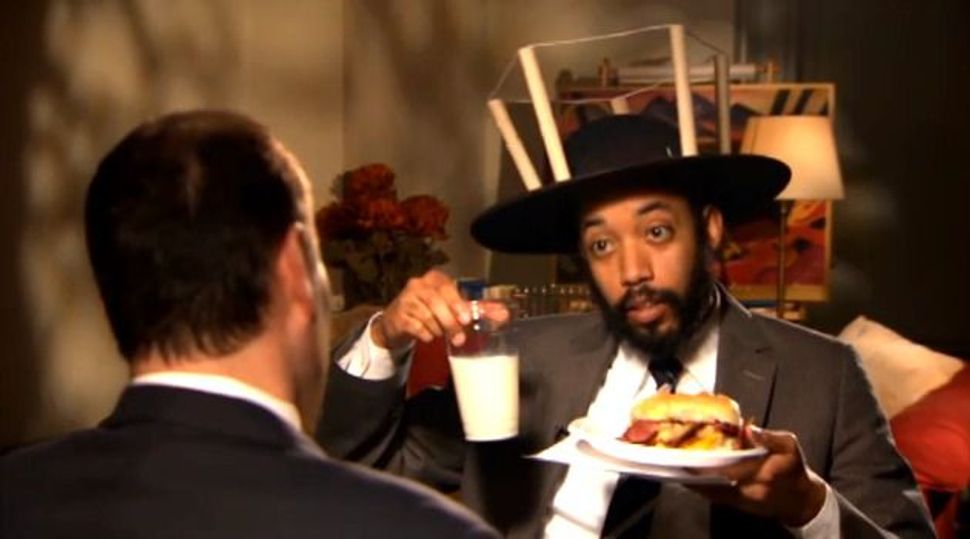 A still from The Daily Show’s segment on eruvs, showing an “eruv hat”

If Jack O’Dwyer didn’t exist, Jon Stewart might have invented him.

You might remember The Daily Show’s hilarious 2011 video report on the bitter controversy surrounding a proposed eruv (religious boundary) in Westhampton Beach, New York. Simply by venting to correspondent Wyatt Cenac, both the pro-eruv Jews and the anti-eruv Jews came off a little unhinged.

In January, the eruv’s supporters prevailed in court. Some locals hoped the furor might finally die down.

The publisher of media-industry magazines, O’Dwyer is taking the eruv decision personally — very personally. A 30-year Westhampton Beach resident, he’s dedicating half of his weekly O’Dwyer’s newsletter, which covers the public-relations business, to what he sees as a kind of conspiracy around the eruv decision. (And blood-sucking mohels. And the salaries of local rabbis.) He’s running headlines like “‘Reasonable Observer’ No Longer Fooled by Eruv,” “Horde of Lawyers Chips Away at American Freedoms,” and “Hampton’s Eruv (Jewish Religious Boundary) May Be A Fake.”

What does the eruv debate have to do with the businesses he covers?

“That’s a stupid question,” he fumed to the Forward in a phone interview from his Manhattan office. “It’s an annoying question. We reporters are here to tell the truth. This has been a hurricane of lies. Lawyers in this case have already made more than a million dollars. And everyone I know out there is disgusted by it.”

People in the Hamptons, O’Dwyer claims, are being “terrorized” by eruv proponents. “The Hasidic black hats and the EEEA [East End Eruv Association] are terrorists. The last time we looked, there were only five Orthodox families around here. This is total interference of church and state.”

According to JTA, a federal appeals court upheld the constitutionality of Westhampton Beach’s eruv on Long Island. The 2nd Circuit U.S. Court of Appeals in New York ruled that the plastic strips placed on utility poles in the village to designate the eruv do not breach the separation of church and state. “No reasonable observer who notices the strips on LIPA utility poles would draw the conclusion that a state actor is thereby endorsing religion,” the three judges wrote in their ruling.

The decision antagonized opponents. “An eruv unburdens a religiously imposed burden,” said Andrew Seidel, a staff attorney at the Madison, Wisconsin-based Freedom from Religion Foundation, who has litigated eruv cases in other jurisdictions. “The only reason it exists is because there’s a religious law that says you can’t do x, y, or z on a particular day. The eruv’s a loophole. The government can’t be in the business of permitting or endorsing religious laws. It’s not in their power. Allowing these to get erected in public space is just unconstitutional.”

Ironically, opposition to eruvs has historically come from other Jews, according to Rabbi Adam Mintz, who was senior curator of “It’s a Thin Line,” Yeshiva University Museum’s 2012 show about eruvs. 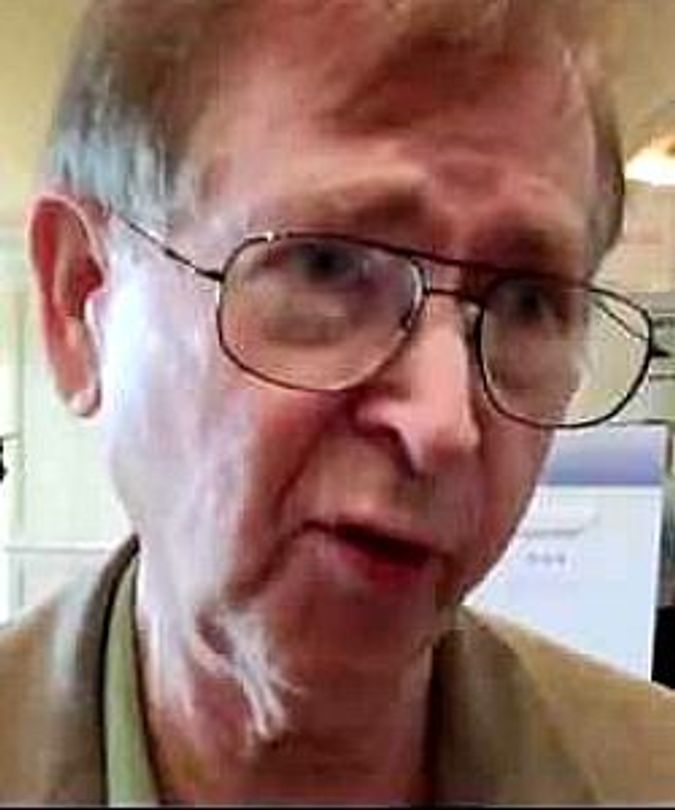 “Every eruv has been disputed. But the church-state argument is a relatively new one,” said Mintz. “The first eruv in New York City was created in 1905 on the Lower East Side. It used as its boundaries the East River and Third Ave El. There was opposition to that eruv based on Jewish law, but it was also personal — they didn’t like the rabbi who created it. The next eruv, in 1962, used the seawall as a boundary, so the island of Manhattan was itself an eruv boundary. Half the rabbis in New York City accepted it, and half didn’t. Opposition was almost always framed in the context of Jewish law. But look further, and you’ll see that what they’re arguing about is personalities.”

To Mintz’s point, many East-End Jews joined their non-Jewish neighbors in opposing the eruv. “Nearly 40% of all Jews are Reform. If I object to it, you’re violating my rights, and the rights of some 300 people in our organization,” said Arnold Sheiffer, a founder of Jewish People for Betterment of Westhampton Beach — aka Jewish People Opposed to the Eruv. “Unfortunately, the law gets looked at differently in New York State than in other places. The Orthodox political clout is significant. We were told Sheldon Silver had sent many, many e-mails about this to the members of the town board. The court was loath to do anything about it, so they chose to ignore our rights.”

O’Dwyer is even more emphatic. “Religion teaches kids deceit. They keep their mouths shut, get three meals, keep the elders happy,” he says. “I went to a Jesuit high school. Nobody there believed it either. America was founded on rational principles, not religious delusions.”

The Forward felt compelled to ask whether O’Dwyer thought some of his more inflammatory comments might get construed as anti-Semitic.

“I’m not going to fall for that,” he said. “I don’t feel like answering questions about whether I’m a bigot against Jews. That’s like asking, ‘When did you stop beating your wife?’ They throw it [the anti-Semitic charge] around too much. Nobody believes it anymore.”

With that in mind, Jack, any final words for your Orthodox Jewish neighbors?

“This is America. This is not Israel. This is a rotten thing, for religion to lie its head off and sue a town. Get that stuff off our telephone poles. Go back to where you belong. You don’t belong in the Hamptons with that illogical superstition. That’s my message.”

Meet the Man Fighting Eruv ‘Terrorists’ in the Hamptons