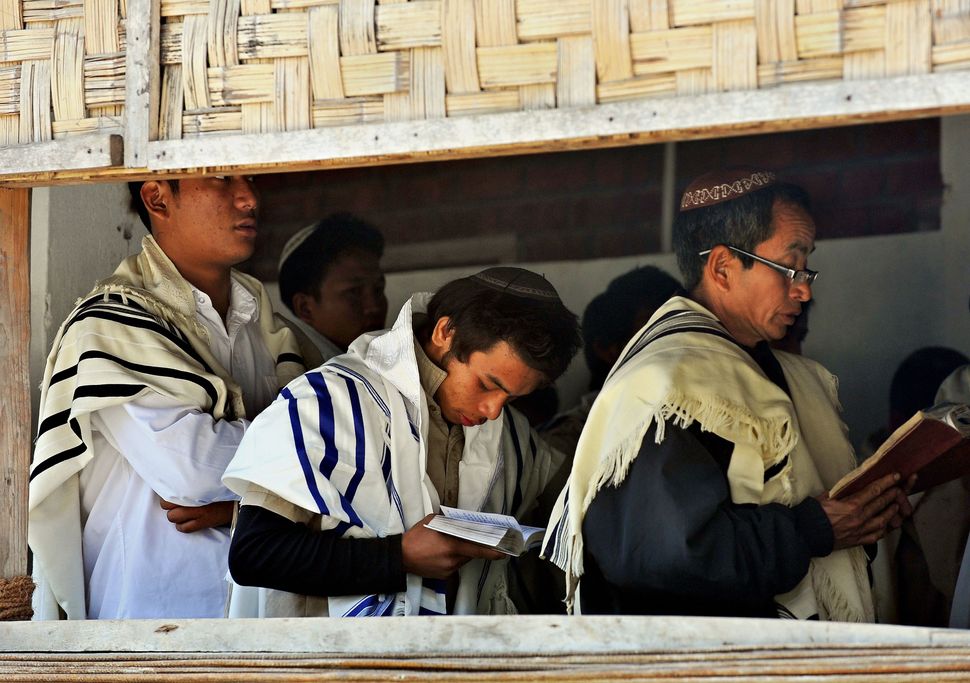 Israel will spend 8.1 million shekels, or about $2 million, to bring more than 712 members of India’s Bnei Menashe community to Israel this year, the Israeli news site Walla reported May 22.

In the past, the Ministry of Absorption and the Jewish Agency have handled group immigration to Israel. But in the case of the Bnei Menashe, a group that claims distant ties to the biblical Israelites, their immigration has been spearheaded by Shavei Israel, an Israeli organization that seeks “lost” and “hidden” Jews around the world, to take on the task of group resettlement.

While the Jewish Agency has collaborated with Shavei in efforts to bring the group to Israel, the Israeli not-for-profit organization has championed the small group from northern India.

The news comes amid growing Israeli interest in Judaizing groups. There are perhaps millions of individuals in Africa, Asia and the Americas who proclaim ancestral or spiritual connections to Jews or Israel, though few are halachic converts and would not be eligible for immigration under Israel’s Law of Return.

The Israeli government has recently formed a special committee to map such myriad groups and rethink its policy toward them.

Shavei, which was founded in 2002, is active in Africa, Asia and the Americas and has asserted itself as the most prominent organization working with Judaizing groups — and has already assisted thousands of people who claim distant Jewish or Israelite roots in relocating to Israel.

“We have brought more than 1,000 Bnei Menashe in the past two and half years,” Michael Freund, Shavei’s founder, told the Forward in an earlier interview. “It’s been a big success.”

In total, Shavei has already settled around 3,000 from the community and “there are another 7,000 still waiting to come,” Freund said. “Their conception of return is both geographic and spiritual.”

According to Walla, the Absorption Ministry waived the typical “tender” procedure because of Shavei’s knowledge of the Bnei Menashe. Shavei, Walla reported, will assist in flying the community to Israel, converting them to Judaism and overseeing their acclimation.

The Bnei Menashe’s path to immigration, though, has not always been smooth. Last November, Haaretz reported that Shavei’s “campaign to bring this group to Israel has been fraught with questionable government decisions, an ambiguous rabbinical ruling and potential conflict of interest.” 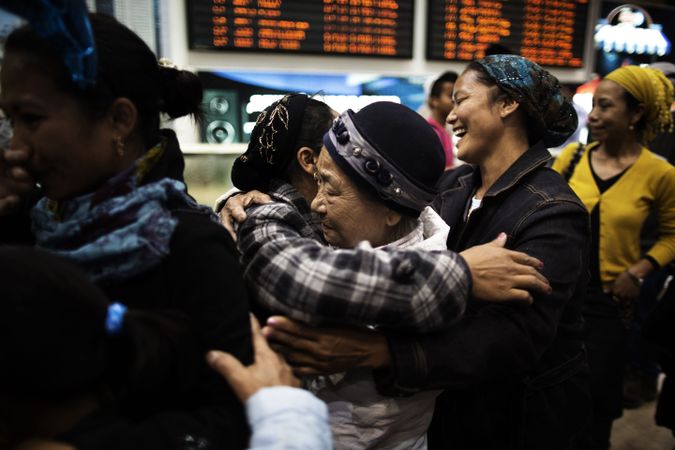 Reunion: Bnei Menashe immigrants are met by family members as they arrive at Ben Gurion airport near Tel Aviv in 2012. Image by Getty

The Bnei Menashe were “discovered” by Freund’s mentor, an influential “Lost Tribe seeker” and Religious Zionist named Rabbi Eliyahu Avichail, in the 1980s. Avichail was convinced that the group members, who live in the Indian borderlands, were descended from the biblical tribe of Menashe, though long-severed from other Jewry or rabbinical traditions. He assisted the first wave of Bnei Menashe immigrants in both coming to Israel and undergoing Orthodox religious conversions.

Controversially, many of the first Bnei Menashe were first settled in Israeli settlements in Gaza and the West Bank. This was, Freund emphasized, because housing was affordable in the settlements.

Many Bnei Menashe still live in Kiryat Arba, a settlement near the city of Hebron, but new immigrants now typically go to cities and towns in Israel’s north, Freund said.

“Simple Indians are being brought here to save the settlement movement,” one member of the Knesset, from the Labor Party, protested in 2003.

In India, too, Shavei’s work and the Bnei Menashe’s Israelite story have not always been well-received, even from within the Mizo, the same ethnic group as the Bnei Menashe.

One Christian Mizo wrote in 2004 that “the mass conversion by foreign priests will pose a threat not only to social stability in the region, but also to national security,” referring to the work of Jewish groups.

“A large number of people will forsake loyalty to the Union of India,” the writer stated, worried. 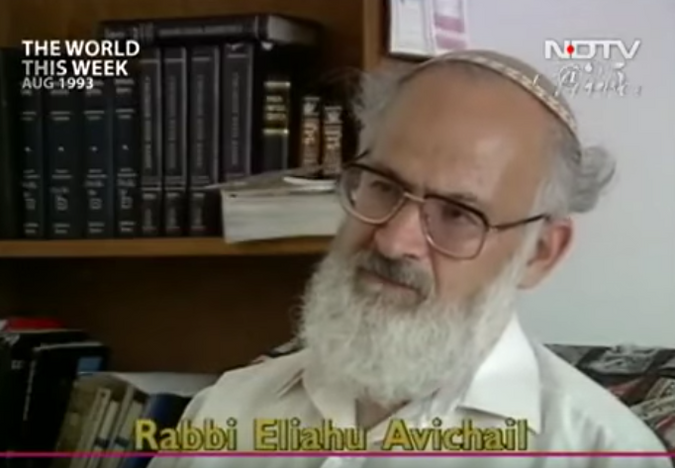 Seeker: Rabbi Avichail helped the first wave of Bnei Menashe immigrate to Israel in the 1990s. Image by YouTube Screenshot

Freund has deftly navigated the murky waters between Israel’s rabbinate and the Ministry of Interior, a couple of the principal bodies involved in deciding who is eligible for Israeli citizenship and who is not. Shavei is also well funded, receiving some backing from Christian evangelical groups, including Bridges for Peace and the International Christian Embassy Jerusalem.

Esther Colney, one of the first Bnei Menashe to immigrate in the 1990s, described her first years in Israel as bumpy. In a response to a Forward query, she wrote in an email that it was difficult to navigate the labyrinthine Israeli bureaucracy — and to find suitable work. Few arrive speaking Hebrew fluently, Colney said, and few thought she was Jewish.

New immigrants, she said, “should be given parenting workshops” and “guidance on how to take on a profession.” Still, Colney said, “I think that Israel needs more people like us, people with Zionist hearts.”