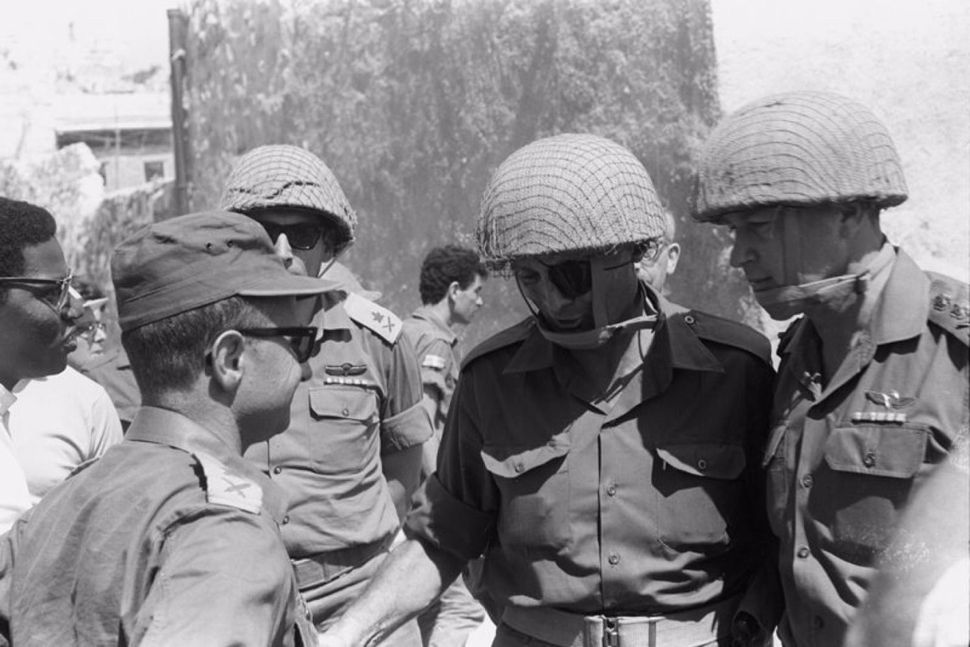 The military archives have released generals’ testimonies that put the reader on the ground during Israel’s capture of Jerusalem’s Old City in the 1967 Six-Day War.

The testimonies were given as part of the Israel Defense Forces’ efforts to draw lessons from the conflict, in which Israel took the West Bank, Sinai Peninsula and Golan Heights from Arab armies. Even now, 49 years after the fighting, whole pages have been removed for security reasons.

The IDF chief of staff during the war, Yitzhak Rabin, described how the Egyptian army’s entry into Sinai on May 17 made it clear – a new situation had unfolded in the Middle East.

“From everything said, it was increasingly clear that the Arab side had entered a mode of ecstatic thinking … following what they saw as a success in the move of concentrating those forces,” Rabin said in 1969.

“Temperatures in the area were rising, if I’m not mistaken, to a fever pitch not seen since 1956. What remained to be seen at that point was the extent this ecstasy would lead to an act that could be deemed an act of war.” 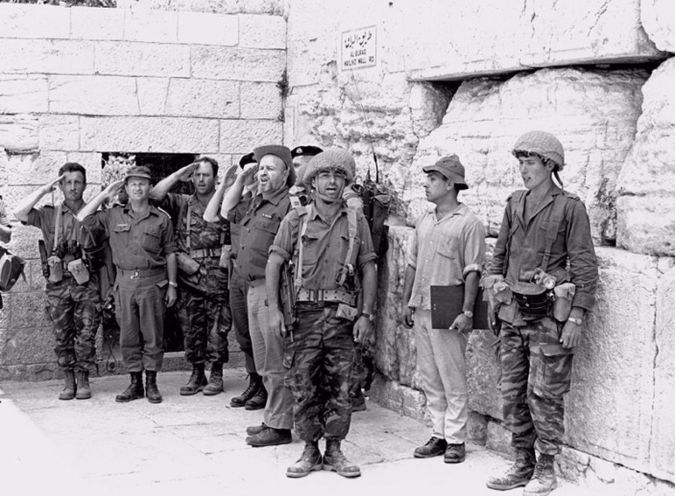 In the next few days the IDF was worried that Egypt would strike the nuclear reactor at Dimona or close the Straits of Tiran in the south, Israel’s sea route to the world.

In his testimony, Rabin said the Arab armies might have remained in place, breaking Israel economically and ultimately forcing it to attack. Inertia might have made Israel take aggressive action, even if only on a local scale.

Later, Rabin said he didn’t think the standoff could have just ended with everyone going home and Israel losing control of the Straits. “I’m convinced it wouldn’t have ended like that,” he said.

A call to Teddy Kollek

“The IDF always employed an organizational assumption that it needed to be prepared for war at all times,” Rabin said. “Despite that, I must say, if I’d been asked in early May – and I think I was asked – if there would be war on June 5, 1967, I would have doubted it.”

He believed that the IDF could defeat the Egyptian army. “I thought it would be a more difficult battle, with more casualties and a longer duration required than actually happened,” he said.

Further testimony released Sunday was by Maj. Gen. Uzi Narkiss, who headed Central Command during the war. He told how the IDF had plans for conquering the West Bank in three days.

He remembered that before the war he told reserve officers in the 4th Brigade: “I don’t know if something will happen, but if it does, within 72 hours we’ll drive out all the Arabs from the West Bank.”

On June 5, Narkiss received orders to prepare for war. While final preparations were being made, Narkiss phoned Jerusalem Mayor Teddy Kollek.

“It’s war; everything’s in order,” he told Kollek, according to his testimony. “You’ll yet be the mayor of a united Jerusalem. We’re enjoying great success; the armored forces are already inside.”

Narkiss’ testimony details his efforts to get the army into Jerusalem’s Old City. When Paratrooper chief Mordechai Gur reported to get his orders, Narkiss told him: “Remember to bear right toward the Rockefeller Museum so that if and when it’s necessary we can enter the Old City.”

As Narkiss put it, “Since I’m a Jerusalemite and know this thing and know the concept of lamenting a missed opportunity for generations, I said that now was our time to take Jerusalem.” He was referring to the failure to keep the Old City in 1948.

Narkiss said he told the army’s chief rabbi, Shlomo Goren, that he should prepare a shofar to blow. He said Goren replied: “You’ll make history. In the south it’s not important. The main thing is the Old City and the Temple Mount.”

On the morning of June 6, Defense Minister Moshe Dayan forbade the IDF from entering the Old City. But on June 7 at 6:15 A.M. he ordered the closure of the city and told the army to go in. The orders were not to go in force to the Al-Aqsa Mosque or the Western Wall area.

Narkiss reconstructed a conversation he had with the deputy chief of staff, Haim Bar-Lev. “There’s a risk of a cease-fire,” Bar-Lev said. “We have to finish this operation, surround Jerusalem and enter the Old City.”

Narkiss also mentioned concerns about looting in areas abandoned by Palestinians. During one conversation he asked whether Maj. Gen. Shlomo Lahat was suited to command the Old City; whether he would shoot Jews taking part in looting. The answer was an unequivocal yes.

Narkiss reconstructed how at 9:50 A.M. Gur reported that the shelling of the Muslim Quarter had ended. “We’re at the far corner of Lions’ Gate,” he said. “I grabbed Rabbi Goren on my way and offered him a ride. He refused and ran off with a Torah scroll in one hand and the shofar in the other, limping along.”

At 10 A.M. they reached the northeastern corner of the Old City wall. Narkiss threw a smoke grenade so his troops could make it to the gate and enter the Old City. That’s when Gur made his famous declaration: “The Temple Mount is in our hands.”

Narkiss also described what happened later. “Dayan got himself ready to be photographed, and then realized it wasn’t quite right, so he brought over the chief of staff to stand beside him.”

He then asked Narkiss to join – that’s one of the famous photos after the Old City had been taken. “We got there, went in, visited the mosque and then the Western Wall,” Narkiss said.

“Dayan put a note in, asking for peace. He ordered me to physically open the Old City’s gates and then leave them closed, under the protection of soldiers, to prevent the free flow of traffic.”

Narkiss also talked about a meeting he had with Jewish notables from abroad: “I told them in English that this was one of the greatest wars of the Jewish people, one of our greatest victories.”