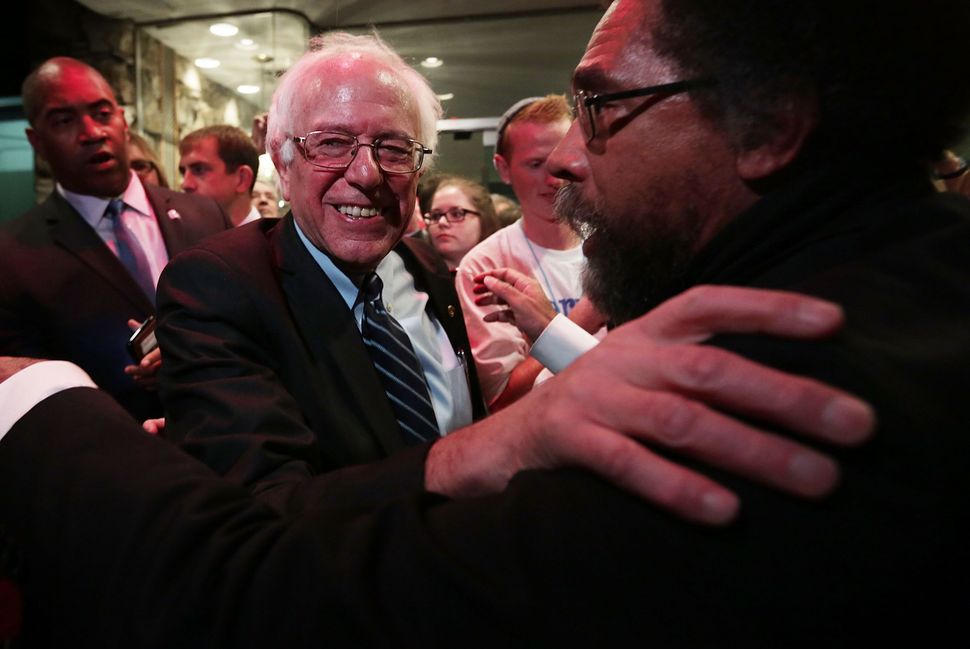 WASHINGTON – The Democratic Party’s first round of platform committee hearings had something for everyone, from AIPAC to J Street.

Discussions about whether to include Palestinian rights and Israeli occupation in the platform were more robust than ever before in party history, a development J Street has advocated.

For AIPAC, the meeting sent a clear message that despite the concerted effort by Bernie Sanders and his supporters, the platform is not going to change.

“What everybody tends to forget, with all due respect, is that there was a winner of the Democratic primaries and her name is Hillary Clinton and Hillary Clinton has a long established, decades-long policy regarding Israel,” said former Florida congressman Robert Wexler after delivering his forceful pro-Israel testimony to the platform committee. “It is Hillary Clinton’s view that won out.”

But as committee members argued under the watchful eyes of the lobbyists in the audience, the debate’s direction became more clear. Supporters of changing the platform, backed by Sanders and by J Street, have succeeded in raising new issues and grabbing the headlines. But Democratic establishment members will have the last word, win the majority of votes and preserve the current AIPAC-supported language.

Wexler represents the thinking of many in the Democratic National Committee who believe it is best to leave the plank on Israel untouched, with a possible addition of a clause denouncing efforts to boycott and delegitimize Israel. That means preserving language that focuses on the rights and needs of Israel, couching support for a two-state solution as an Israeli interest and continuing to omit the word “occupation.”

Others who testified that day pushed to include it.

“The word occupation is not a pejorative, it is a legal category and the situation in the Palestinian territories clearly meets it,” said Matt Duss, president of the Foundation for Middle East Peace, in an interview outside the committee room. Duss, in his testimony to the platform committee, tried to make the case for including the term in the plank and adjusting the language in a way that would recognize Palestinian rights as well as those of Israelis, a point Sanders and his supporters have been stressing for months.

“These two things, supporting the rights of the Palestinians and the rights of Israelis, are entirely consistent with each other,” Duss said.

But the idea of adopting the term occupation into the platform is a non-starter for Wexler.

“If there are minor modifications that allow people to coalesce around language, sure, everyone should be amenable to hearing other people’s views,” said Wexler in response, “but adding language such as occupation is not a minor change.”

Scholar and activist Cornel West, a Sanders representative, delivered the most vocal defense of the candidate’s wish to change the party’s discourse on Israel.

West, known for his outspoken criticism of Israel, as well as that of mainstream Democrats and of President Obama, called Israeli officials, especially newly-appointed defense minister Avigdor Lieberman “Trump-like figures in Israeli life.” West asked his fellow committee members to explain why they are so quick to criticize the Republican presumptive nominee for his racist comments, but are hesitant to speak out when it comes to Israeli politicians. “Why can we focus on xenophobes here, and seem to be so reluctant to call out xenophobes in Israel and other places?” West asked.

As Wexler tried to convince members of the committee that current pro-Israel platform language should be adopted, West pushed for denouncing the Israeli occupation in the party’s official document. “If there were a Palestinian occupation of Jewish brothers and sisters would we respond the same way?” he asked. West also turned to committee members and posed an even tougher question: Could they agree “that life of Palestinian baby is just as valuable as Jewish baby.” America’s commitment to its allies, he added, “can never be predicated on occupation.”

West is one of five members appointed by Sanders to the 15-member Democratic platform drafting committee. At least two of Sanders’ other picks, James Zogby who is the president of the Arab American Institute, and Rep. Keith Ellison of Minnesota, the first Muslim-American elected to Congress, believe the Democratic Party should adjust its position to include greater recognition of Palestinian rights.

But they are a minority within the party and its institutions. A polite, but forceful, pushback from other committee members made it clear that while the party mainstream will continue to support a two-state solution, they are unwilling to consider taking any deliberate step to address concerns of pro-Palestinian activists in their formal platform.

Clinton’s delegates to the committee also alluded to political concerns.

“We should make sure that Hillary Clinton is the next president of the United States,” Berman said, “and I think of our responsibility of this platform in terms of what can bring us together,” said committee member Howard Berman, a former California congressman and chairman of the House Foreign Affairs Committee.

In a written testimony provided to the committee, J Street’s president Jeremy Ben-Ami sought to dispel this notion, which he described as an “erroneous understanding of American Jewish opinion.”

According to Ben-Ami, Jewish Democratic voters are, in fact, much more progressive when it comes to Israel than the party gives them credit for. ”In Congress, in Jewish communities and at the ballot box, this gap is now closing,” Ben-Ami wrote. “The drafting committee has an opportunity to close the same gap in their platform.”

Cornel West made the same argument in a blunter way: The Democratic Party, he said, has been “beholden to AIPAC for too long.”

In the coming weeks, the platform drafting committee will hold another public hearing and then move to voting on the language. Sanders’s and his supporters’s best hope right now is for a large enough dissenting minority to get the question of Israel and the Palestinians to a floor debate at the party’s convention in Philadelphia.