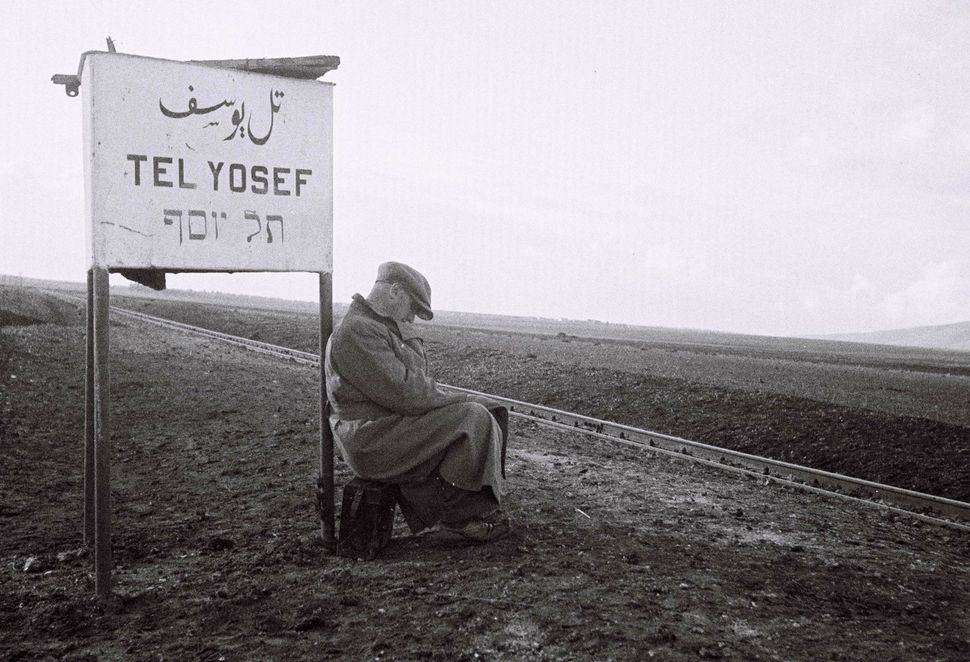 A Jewish man waits for the train December 1, 1933 at the Tel Yosef train station in the Jezreel Valley, during the British Mandate of Palestine, in what would later become the State of Israel. Image by Getty Images

When trains depart from Haifa in the fall along a new Israeli railway that stops only miles from the Jordanian border, it could revive not only trade but dreams of peace.

“We always thought that this line symbolizes peace with the region,” Ilan Rozenfeld, the project director told the Wall Street Journal. “We have been waiting for a long time.”

The new train line, which will reportedly open in October, runs along the tracks of the historic Jezreel Valley railway. The Ottoman Empire completed the original tracks in 1905, as part of the larger Hejaz Railway, which allowed for goods to be transported throughout the Arab world.

Trains ran from Haifa to Damascus, Syria, until the establishment of the State of Israel in 1948, when relations between the Jewish state and Arab countries grew tense.

Currently, merchants still transport goods to Jordan and beyond via Israel, but that is not always acknowledged by Arab countries, which do not want to appear to take sympathize with the Jewish state over the Palestinians.

The last stop on the planned path is only 5 miles away from Israel’s border with Jordan, and the two countries have reportedly discussed connecting their railways.

But Ayman Hatahet, the former Jordanian transportation minister who only recently left the position, said he was not aware of such plans, according to the Wall Street Journal.

As the first train departs in the fall, could this initiative finally bring peace to a region fraught with violence for over half a century, or will the hopes vanish into the air like the smoke of a locomotive? Only time will tell, it seems.