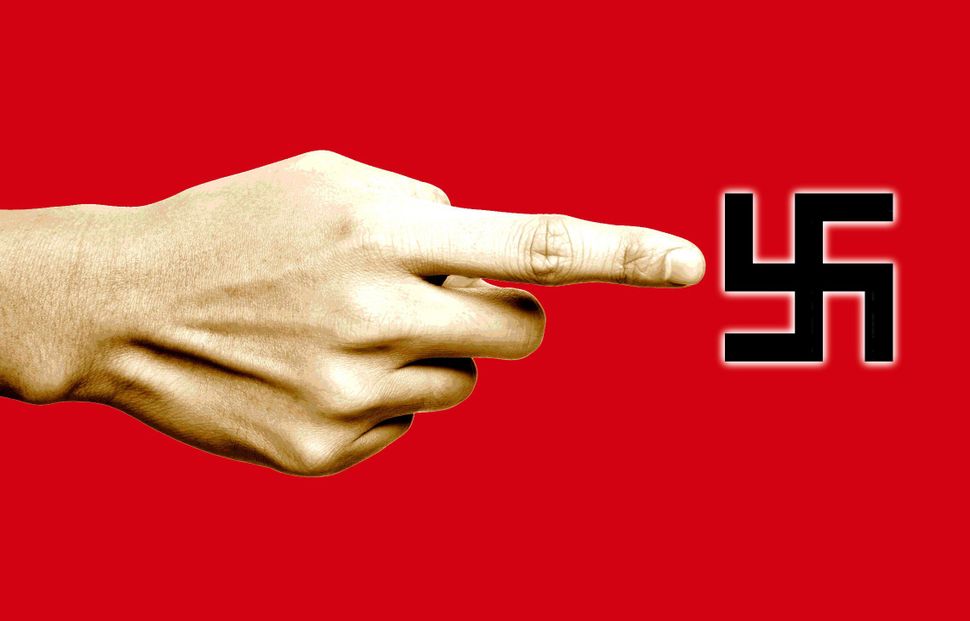 An internet tool singles out extreme right-wingers online — and Donald Trump — by putting swastikas around their names, mirroring an earlier application that neo-Nazis used to identify Jews online.

The Nazi Detector, a Google Chrome extension, identifies not only white supremacist social media users, famous Nazis and anti-Semitic groups, including Adolf Hitler, David Duke and the Ku Klux Klan, but also the presumptive Republican nominee, changing his last name to “Trumpler,” in an allusion to Hitler. 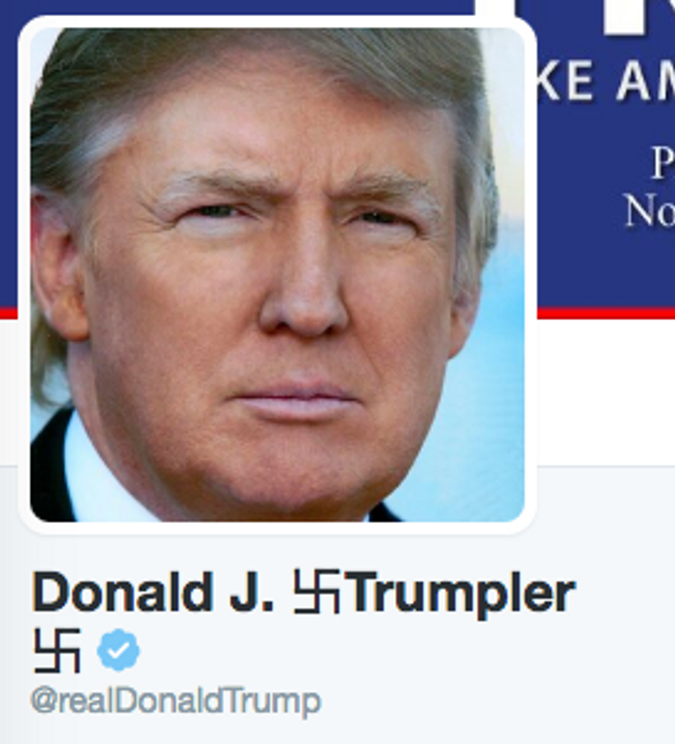 “Donald Trump talks about Muslims and other people of color the way Hitler talked about us in the lead-up to the Shoah,” the application’s creator, Daniel Sieradski, told the Forward in an email.

“The guy needs to be called out for his hateful incitement at every turn. And if that means drawing parallels between him and Hitler to jog people’s sense of outrage, so be it,” Sieradski added.

Earlier in June, the discovery of the Coincidence Detector, which identified Jews online by putting parentheses on each side of their name, for example (((Forward))), ignited a social media firestorm as Jews and allies purposely added parentheses to their Twitter handles in order to mock the application. Google later removed the anti-Semitic add-on. 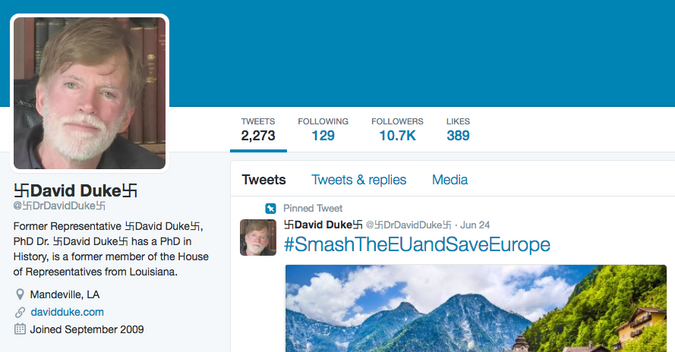 A test-run showed that the Nazi Detector, which went live Friday, added swastikas around the last names of some Nazis and white supremacist groups but did not mark other famous anti-Semites, such as Nazi leaders Adolf Eichmann and Joseph Goebbels. Sieradski explained that the focus of the extension was white supremacists who were involved in online harassment.

“This is really about folks who are harassing other folks online. The ‘real’ Nazis are dead,” he said.

Those on the application’s list of names include followers of two major white supremacist Twitter accounts, as well as groups identified as anti-Semitic by civil rights organizations, Sieradski said.