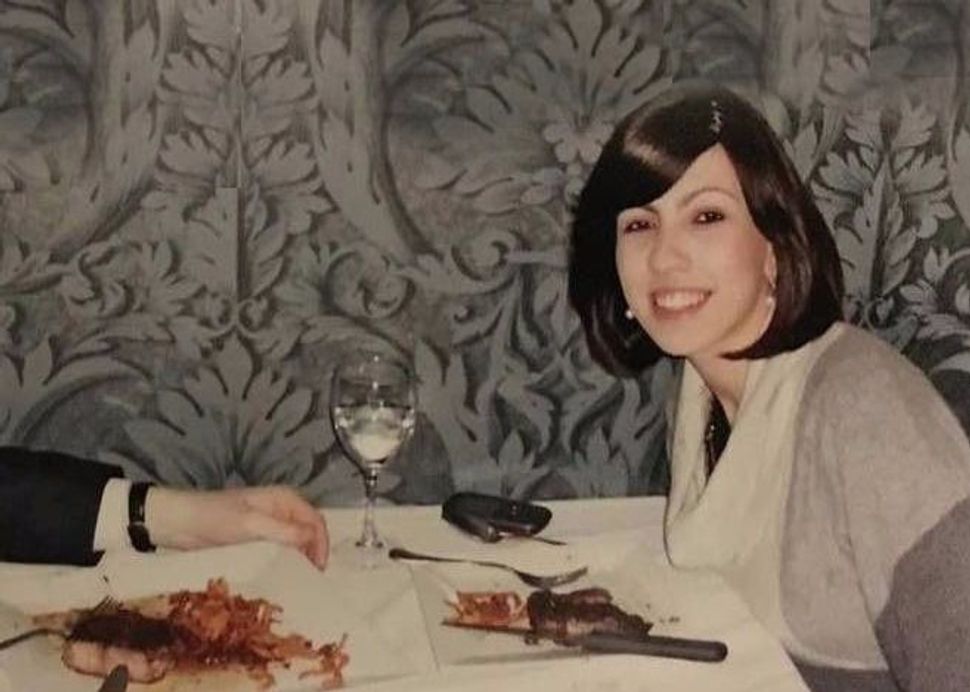 Faigy Gelbstein was sent to the principal’s office at 12 years old to talk about movies. She had gotten in trouble before over breaking modesty rules — her stockings were too thin — but now there were some rumors circulating in the school about her family. People knew that they sometimes went skiing over vacation. Gelbstein’s mom was from Switzerland — that was not normal. And now there was this movie thing.

“Have you ever heard of movies?” the principal asked her. In their Hasidic community in Williamsburg, Brooklyn, movies are largely forbidden.

Gelbstein knew she had to play dumb.

“I was like, ‘What’s that?” she said. “I pretended that I thought they were talking about home movies.”

But her family did watch movies — real movies, like “The Lion King,” and “Annie.” Gelbstein also read books in English, another thing that is frowned upon in the community. She devoured the Harry Potter and Twilight series; they helped her realize that there was a world outside Williamsburg.

“Reading gave me the ability to imagine myself in a different space,” she said.

Faigy Gelbstein is part of a growing community of formerly Orthodox Jews — many of whom identify as “Off the Derech,” or OTD, using the Hebrew word for path — that was the subject of a recent groundbreaking study. Five percent of respondents cited their sexual orientation as one of the reasons they left their community. Over ninety percent of those who had children while part of an Orthodox community maintain positive relationships with them. And 41% of formerly Hasidic Jews said that their families have come to accept them for who they are.

Gelbstein lived until she was 21 years old among the Satmar sect of Hasidic Jews, which has a strict code governing clothing, behavioral conduct, education and all interaction between men and women. Yet her family had always been a little outside the fold. Because her mother was from Europe, Gelbstein said, she retained a slight detachment from the stringent elements of Hasidut: she didn’t shave her head, like nearly every other married woman, and she wore pajama pants to bed instead of a long nightgown.

“She was kind of like a square peg in a round hole,” Gelbstein said. “Living that kind of life never fully agreed with her.”

Gelbstein’s father — the designated courier between their apartment and the Blockbuster on the southern edge of Williamsburg — told her that it was okay to “pick and choose” how she wanted to observe. At the same time, he encouraged her blend in as best she could with the rest of the community. Though Gelbstein was fully committed to Judaism, this contradiction did not sit well with her — especially as a young girl who often felt self-conscious about coming from an unusual family.

“I was like eh, I don’t know about that, that sounds a little strange,” she said. Nevertheless, having that contradictory lifestyle growing up “very much provided a window to the outside world.”

At 16, Gelbstein was caught having an affair with a girl in her school. Once her parents and the school found out, they made sure to separate the girls. To Gelbstein, it was a shameful way to come out. 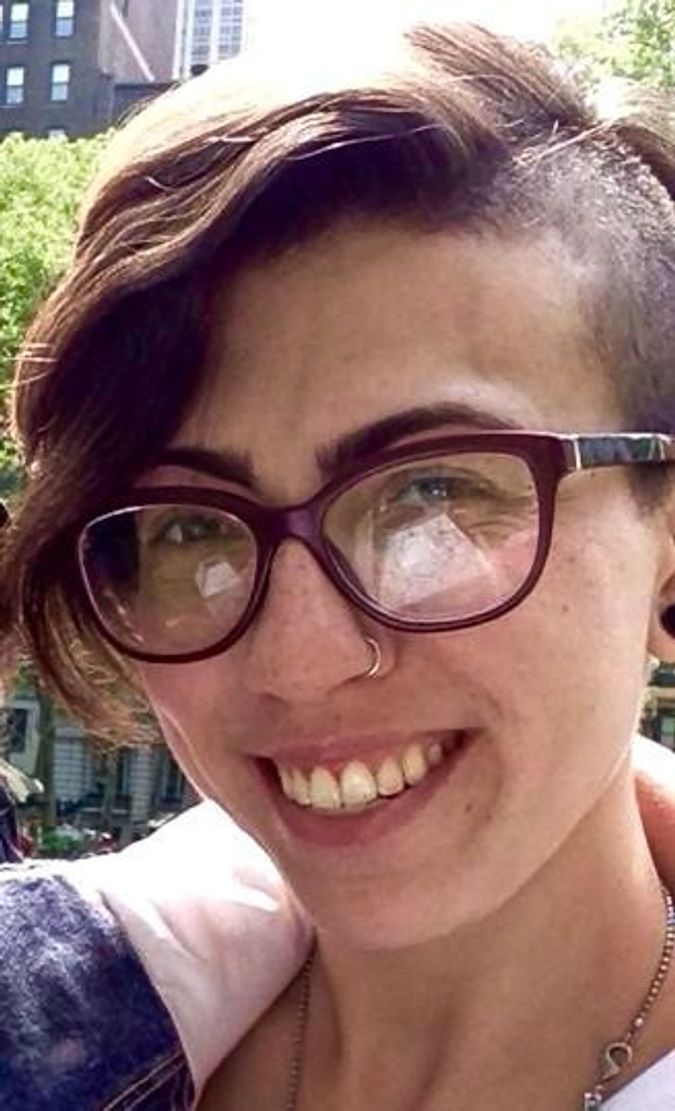 “I had no idea that gay women exist, or that it was even a concept,” she said. “I knew there could there love between two men, but with women, I had no language for it.” Her parents sent her to a therapist, who reinforced the idea that her feelings had not been genuine. “They told me that it was a phase, that it’s normal to feel heartbroken when you lose a really good friend. They didn’t consider it a real thing.”

Gelbstein’s response was to double down on what was expected of her in the Satmar community.

“I completely focused on getting older, getting to the point where I could get married to a man, love a man, have kids with a man,” she said.

After two hour-long dates and a six month engagement, Gelbstein was married at 18.

“It was wrong from the start,” she said. From her relationships with women — both the high school affair and flirting with other classmates — she knew that her marriage was a shadow of what a loving relationship should be.

When Gelbstein occasionally refused to have sex with her husband, he would turn abusive and threaten to kick her out of the house, she said.

“I had to just take a lot of it. That was extremely traumatizing to me,” she said.

Though the couple had a child together — a baby boy — their relationship only worsened.

She was eventually invited to stay with a friend of hers until she found her own place. That night she told her husband she was leaving, and that was it. After three months she found a roommate through friends of hers who were members of Footsteps, an organization that provides services to people who want to leave their Orthodox community. Gelbstein and her roommate, another young, ex-Orthodox woman with a five-year-old, split childcare duties and worked as a team to transition toward being fully independent.

As she looked for an apartment Gelbstein negotiated with her ex-husband over the future of her child. After a year of trying to talk things out without lawyers, she served him with legal papers. He soon called her to try and settle out of court. In their final agreement, she retained full custody of her son and final decision-making power.

“That was a big victory for me,” she said.

Things have changed with her parents as well. Whereas once they belittled her sexual orientation, they now are respectful and accepting of her lifestyle and partners. Gelbstein said she was amazed by their transformation.

“I think they worked really hard to get to the place they’re at today,” she said. “They are the most supportive parents of all my my OTD friends.”

Gelbstein is now a year away from completing a bachelor’s degree at Brooklyn College. She’s double majoring in philosophy and gender studies — though when she enrolled she had never even heard of gender studies.

“When I found out they had gender studies I was like, ‘Whoa, what is that!’” she said. “I found out that women have been fighting inequality since forever. That’s so cool.”

Her philosophy classes have also helped her find her way in life after Orthodoxy.

“Philosophy is questioning everything that’s obvious to you,” she said. “Questioning is what brought me to this place, and it’s a good place to be.”