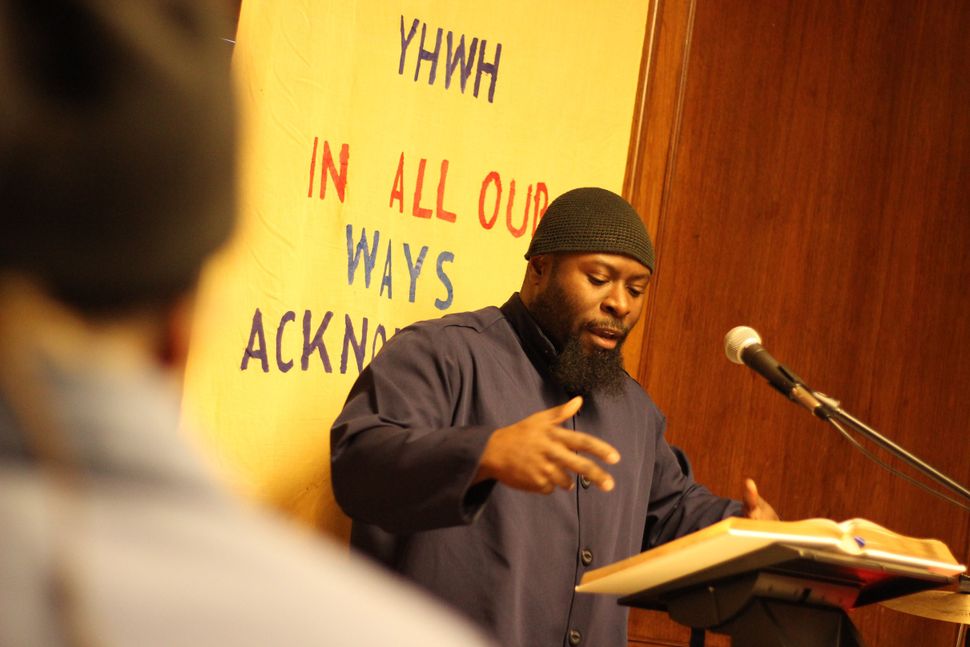 In recent weeks, America’s racial wounds have been torn open, an uneasy rhythm of violence playing out in the streets and on social media: African-Americans shot dead on camera by police, protests rolling through cities and police killed in apparent retaliatory shootings.

Like many African American congregations, members of the century-old black Hebrew Israelite movement took to pulpits accross the country to speak about race, police brutality and the Black Lives Matter movement.

“I told my members, it would be fine for them to support issues like Black Lives Matter,” said Rabbi Capers Funnye of Chicago, chief rabbi of the International Israelite Board of Rabbis. “Could they get involved? Absolutely, yes. I think it is very important. To protest, peacefully, is every American’s right.”

Some black Israelites discussed organizing street protests for racial justice or possibly a “Facebook shutdown” where members would cancel their accounts on the ubiquitous social media platform.

But unlike some clerics, members of the Hebrew Israelites emphasized that obedience to God, and following the commandments of the Torah, must come before any political solution.

“No matter how much black we buy nor how [many] politicians we know, God is only going to save us when we do His commandments,” said an Israelite leader from Brooklyn known as Chief Benyamin. “It’s like we’re saying that politicians can save us, when God is the only one who can save us.”

The tumult comes after the killing of two African American men in Louisiana and Minnesota just days apart. The deaths, both caught in chilling detail on cellphone cameras, galvanized nationwide rallies at which activists rallied around the banner of Black Lives Matter.

For many, the tumultuous violence of the past two weeks is part of a pattern of numbingly familiar bias against blacks. Funnye said the spate of killings exposed deep political and racial fault lines in the country that have festered for decades even as legal racism eased.

Funnye, who is a cousin of First Lady Michelle Obama, recalled being stopped frequently by police in the 1960s and 1970s while driving. He learned hard lessons from those encounters and as a father taught his children to be cautious, taking them aside for “the conversation.” “If you are stopped by the police, there is an attitude that you should demonstrate with that officer — ‘Yes, sir; yes, ma’am; yes, officer.’”

“We are not in ‘post-racial society,’” Funnye said.

“This is nothing new to many of us,” said Uzziel Ben Levi, another leader from a small congregation in Brooklyn, in a video shared on Facebook, “what the rest of the world gets to see is… what we’ve been talking about for years — which is the abuse of black people.”

“The people that I know and love are angry. This senseless thing has to stop,” he said. “This society cares nothing about us.”

Another Israelite in New York used his own reading of gematria, the mystic system of numerology, to explain how Black Lives Matter, by “translation, transliteration and interpretation,” was prophesied in the Bible.

The Biblical book of Deuteronomy says that the enemies of Israel “will not show respect for our elders or our youth,” an author known as Zion Lexx wrote in a message to the Forward. When translating “Matter” in Black Lives Matter into Hebrew, Lexx translated the the word as a noun, not a verb.

“The Black Lives Matter movement was formed due to the blatant disregard of black lives in this country, be they young or old,” Lexx wrote. “The phrase in Hebrew, ‘They will not show respect’ … is numerically equivalent to 843, which is the numerical equivalence in Hebrew [to] Black Lives Matter, when written in Hebrew.”

Image by Courtesy of Zion Lexx

The Hebrew Israelites are a century-old black Judaic movement. One early patriarch of the movement was a man named Rabbi Wentworth Matthew, who helmed an influential Harlem synagogue and wove together elements of Marcus Garvey’s black nationalism with teachings of the Torah. One group of high-profile Israelites — perhaps the best known to American Jews and Israelis — settled in Dimona, Israel, in the 1970s.

There are also thousands of Israelites in America, too. Some have embraced African-centered rituals; others cleave more closely to Ashkenazi or Sephardic-style rabbinic practice. Some, like Funnye, go through halachic conversions to rabbinic Judaism; most do not. Some identify as Jewish; others prefer the terms Hebrew or Israelite. Though very diverse, all black Israelites proclaim the biblical Israelites as their spiritual and ethnic ancestors.

In their eyes, it is this assertion — that the Torah contains a record of their true heritage — that makes Israelites distinct from other black or African American Jews who may belong to mainstream denominations.

Funnye’s Israelite Board has emerged as the chief rabbinic body of the movement in this country. This body has no formal connection to the Dimona community nor the myriad nationalist groups that can be seen on city street corners preaching.

Funnye has worked for years to raise the visibility of his own congregation in Chicago. He sits on the Chicago Board of Rabbis — the first for an Israelite anywhere — and hopes to both unify his community and place Israelites on the wider Jewish map. “Where there is a table, we want to have a seat,” Funnye has said. 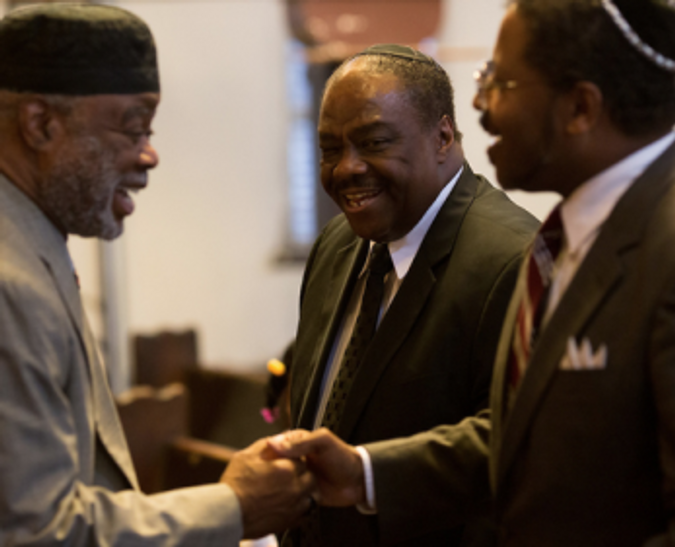 Chief Rabbi: Rabbi Capers Funnye, chief rabbi of the Israelite Board of Rabbis, has encouraged congregants to get involved in peaceful social justice movements, including Black Lives Matter. Image by Claudio Pappapietro

Historically, black Israelites have not been as visible in movements for social justice. In part, this is because of core beliefs which ascribe prophetic importance to black suffering. Black people in America will suffer, Israelite theology holds, until they accept the Israelite way of life. Hardships are often understood as evidence of the Israelites’ “chosenness.”

For Israelites “every new oppressive condition can be reasoned as an attempt by God to chastise black people back to their true identity,” writes Andre Key, a professor of history at Paine College, in “A Critique of Theodicy in Black Judaism.”

“Whereas the black church is synonymous with the Civil Rights movement,” Key writes, Israelites have “not advanced a religiously-based social justice movement for the benefit of the African American community.”

As the Black Lives Matter movement gained steam last year, Rabbi Sholomo Levy, who is the president of the Israelite Board of Rabbis, wrote about the movement on a website for “people who identify themselves as Black Jews or Israelites” that he operates.

“I accept the criticism that we have not been as visible in movements for social justice as we should be,” Levy wrote.

Some Israelites who chose to engage in social justice might do so in the context of other groups, like NAACP, he wrote. “In these environments we are seen as black people — not as Jews — unless we are wearing yarmulkes or sporting extremely large Stars of David.”

Still, Levy hoped that Israelites might participate in more social justice actions, particularly alongside other Jewish groups, in the future.

“The Torah commands all Jews to ‘Remember that you were slaves in Egypt,’” Levy wrote. “African American Jews also remember that we were slaves here in the United States.”