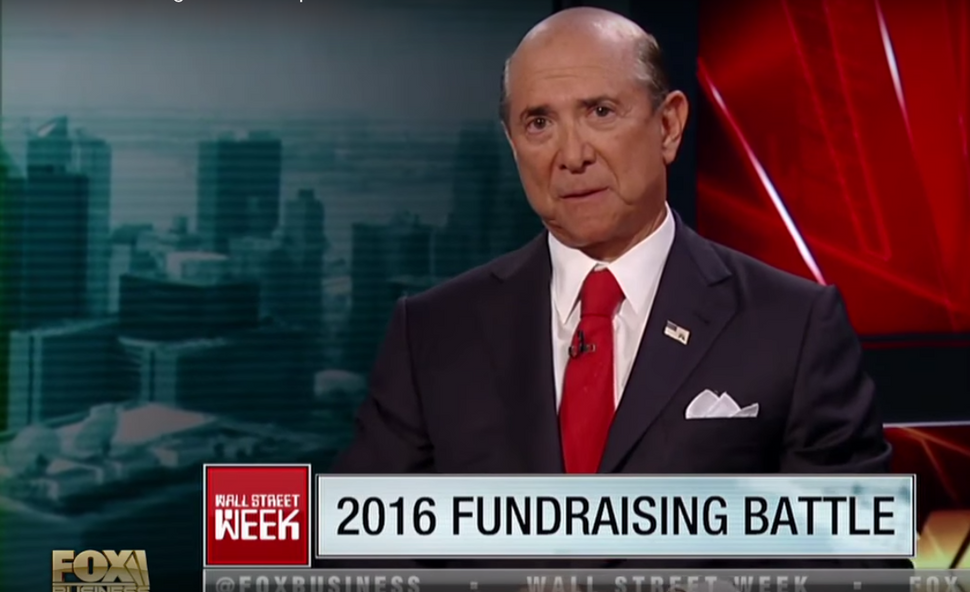 Despite being the head of the Republican National Committee’s joint fundraising effort with the Donald Trump campaign, longtime Republican activist and Republican Jewish Coalition board member Lew Eisenberg hadn’t put his money where his mouth was and donated himself — until now.

However, the size of his donation may reflect a continued reluctance to throw any tangible support behind the controversial GOP presidential candidate. Eisenberg donated nearly $11,000 in June to the Trump Victory Fund, which he leads, according to Open Secrets. That amount falls far short of the maximum donation allowed of nearly half a million dollars.

The fund, which launched at the end of May as part of a joint fundraising agreement between the RNC and the Trump campaign, is reported to have raised nearly $26 million since its creation, half of which came from 30 mega-donors contributing $250,000 or more, according to USA Today. Four other board members of the Republican Jewish Coalition serve on the fund’s Victory Leadership Team, but have yet to donate anything to the fund or the Trump campaign, according to Federal Election Commission records.

Last month, a Wall Street Journal analysis found that RJC board members had only given $5,400 to Trump in May, just a minuscule fraction of the nearly $17 million RJC board members donated to GOP candidate Mitt Romney in 2012.

Mega-donor Sheldon Adelson, who has yet to deliver the $100 million donation he promised the Trump campaign, attended the GOP convention last night and reportedly barred Texas Sen. Ted Cruz from his private box following Cruz’s refusal to endorse Trump’s candidacy in his prime-time convention speech.