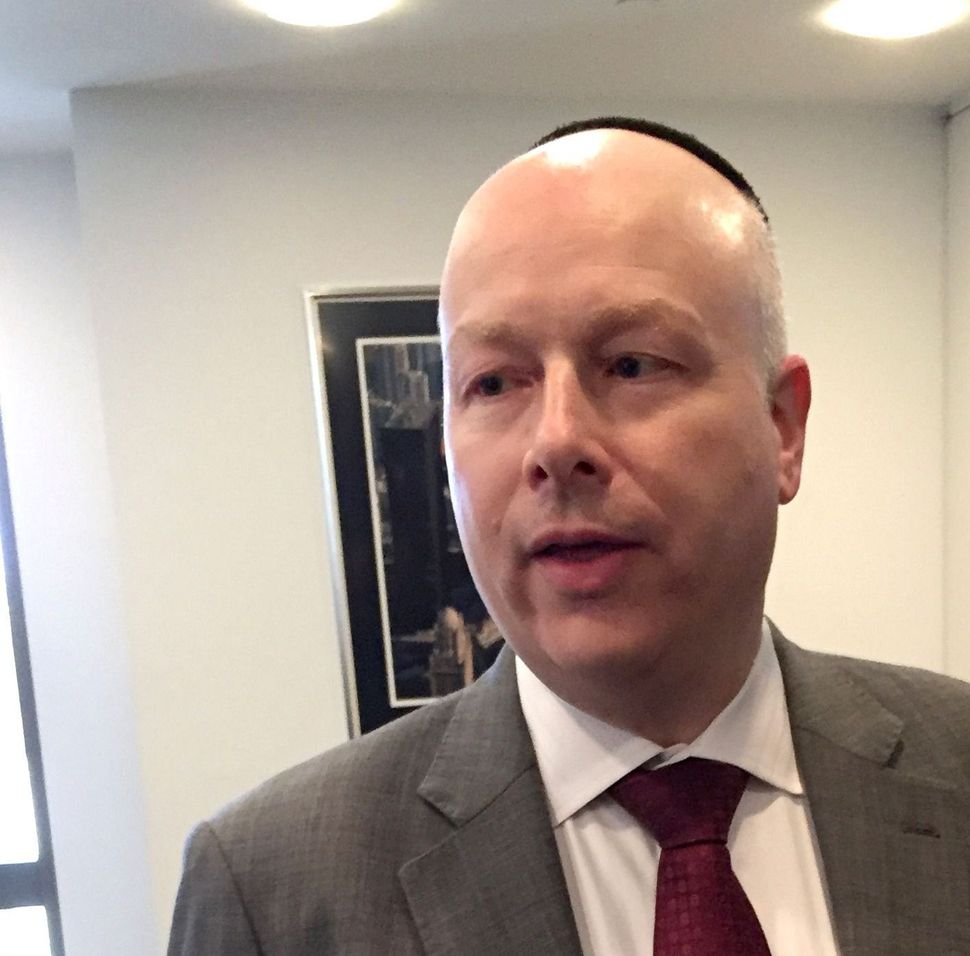 Jason Greenblatt, Donald Trump’s adviser on Israel, who recently increased his role and serves as the campaign’s de-facto liaison to the Jewish community, worked the crowd and the media in Cleveland, making the case for Trump on issues relating to his views on Israel.

In an interview with Israel’s Channel 1 TV, which aired Thursday, Greenblatt explained the candidate’s views on the Israeli – Palestinian conflict, stressing Trump’s non-committal approach to the idea of establishing an independent Palestinian state alongside Israel.

“He doesn’t want to take a position on it right now, simply because if that doesn’t work for the Israelis and the Palestinians, there’s no point in trying to impose a two-state solution if it’s going to break apart” Greenblatt said. “His view is that the two sides need to get together, figure it out, and he’ll be there to help them achieve the goal, but to try to impose a two-state solution if it isn’t going to work or if it isn’t going to last, doesn’t make sense.”

This position is reflected in the new Republican Party’s platform, formulated with the assistance of Trump’s advisers, which dropped any mention of a two-state solution.

Greenblatt, giving a more generous assessment of the Obama administration’s approach to Israel than his boss, said Obama was “somewhat anti-Israel —-somewhat supportive and somewhat anti-Israel.” He also noted that Trump will support any elected government in Israel and will consult with all sides. “It’s not for him to decide what’s good for Israel,” Greenblatt said. This position seems to run counter to that of Trump’s major supporter, mega donor Sheldon Adelson, who is aligned with the Likud party leader Benjamin Netanyahu. Adelson is being courted by the Trump campaign, which is hoping the Las Vegas billionaire lives up to his pledge to donate up to $100 million.