“No need to break in”, joke the room keys. Staff uniforms come from Mad Men’s costume designer. A sleek whiskey bar looks like the VIP room of the Starship Enterprise.

The Watergate Hotel, which reopened last month after a $125 million overhaul, takes on its history with a wink – this is, after all, part of the complex where Richard Nixon’s administration tried to cover up a break-in at Democratic National Committee headquarters.

But there’s serious ambition behind the project to bring a new kind of glitz to DC, a city historically averse to showiness. And behind the 336-room project is a Modern Orthodox couple who’ve carved a successful niche by rejuvenating historic hotels.

Jacques Cohen is the New York-based scion of a prominent French real-estate family, according to his bio; his wife, Rakel, co-owns their projects and oversees design and development. Their Euro Capital Properties http://www.eurocapprop.com/ has renovated properties from the Hilton Arc de Triomphe Paris to Washington’s Hamilton Crowne Plaza. Backed by European investors, the pair bought the Watergate in 2010 after a German bank foreclosed on the property; another developer’s hotel plans tanked. 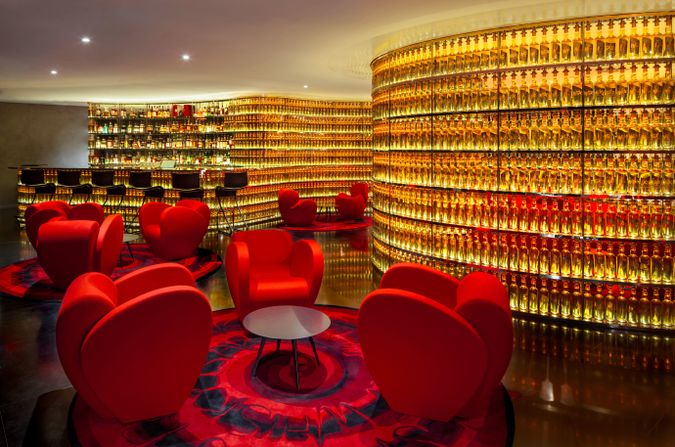 “Its name certainly caught our attention, but the iconic architecture, beautiful views and location by the Potomac helped us see the potential,” Rakel Cohen told the Forward by e-mail, through a publicist. “Jacques and I knew the hotel needed a ton of work, but we were up for the challenge. We also knew there was an appetite for a modern, upscale, luxury lifestyle hotel in DC.”

To create it, the Cohens tapped Israeli-born, London-based architect Ron Arad, whose embrace of curvilinear shapes echoes the building’s original design by Italian architect Luigi Moretti. Since the building’s listed on the National Register of Historic Places, Arad couldn’t alter its façade. But he completely reimagined the interior as the kind of place where the Jetsons might get bottle service.

“Ron studied Moretti and understood the hotel’s distinct architecture, and [his firm] designed many of the public spaces to complement and revive Moretti’s original vision,” Cohen said. “Candidly, we didn’t need any connection – the project was appealing to Ron from the very beginning with the hotel’s unique exterior curves that were similar to his own design style.”

Cohen said her vision of the Watergate is the first “to truly embrace the building’s history, avant-garde architecture and bold curves. We spent a lot of time looking through design and photography books from this era to inspire how we’d bring the hotel back to life in a new way, while paying homage to the past – it’s retro-chic,” she said.

A huge lobby restaurant called Kingbird runs nearly half the length of the entire hotel; its menu includes Russ & Daughters lox on a bagel with cream cheese for $18, smoked brisket hash, and a duck mini-Reuben. The property won’t operate a kosher kitchen, Cohen said, though it will make kosher catered meals available.

And what of the Cohens’ potential rival, a certain Presidential candidate whose Trump International Hotel is set to open in DC this fall – which The Washington Post called the Watergate’s biggest challenge in cracking DC’s luxury market?

“We wish him the best of luck with both his campaign and hotel project,” Cohen would only say.