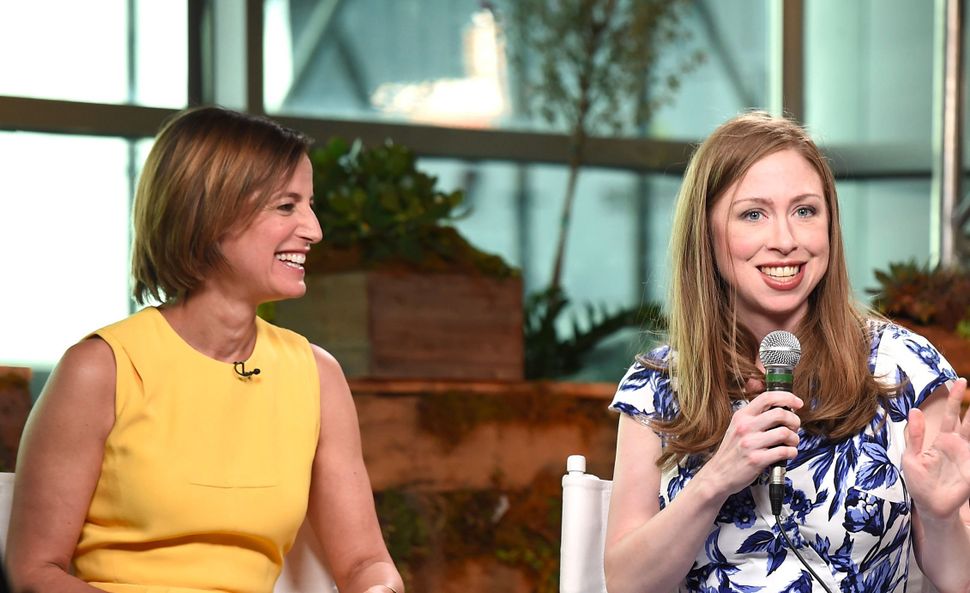 After months of campaigning marked by vitriol, it may be up to two daughters (both with Jewish hubbies) to set things straight.

Chelsea Clinton has mostly stayed out of Hillary Clinton’s campaign up to now. But that will change bigtime starting Thursday night when she takes a star turn by introducing her famous mom as she accepts the Democratic nomination.

Despite differing views, Clinton said she and Ivanka are both proud of their parents, which could serve as a bridge between the campaigns.

“I think it was clear last week when Ivanka introduced her dad that she’s so proud of him,” Clinton, who will be introducing her mother at the Democratic National Convention Thursday, said. “I hope it will be kind of at least as clear why I’m so proud of my mom when I introduce her here in Philadelphia. And yet clearly Ivanka and I have different views about who we think should be our president and who we think best represents our country.”

There was no immediate word of a response from Ivanka Trump.

While Clinton is not herself Jewish, she married her husband Marc Mezvinsky in a Jewish ceremony. Ivanka Trump converted to Orthodox Judaism in 2009 in order to marry her husband Jared Kushner, who comes from a prominent Orthodox family from New Jersey.

Clinton and Trump’s eldest daughter Ivanka have been friendly ever since they were introduced by their husbands. However, as personal attacks by Donald Trump have set a nasty tone to the campaign, both Ivanka and Clinton have actively avoided being seen together in public, according to Politico.

But, earlier this week, Ivanka Trump told People Magazine that she and Clinton are still friendly, despite the “tremendous intensity” surrounding their parents.

While Clinton said she is open to talks with the Trump children, she made it clear that Trump, not her mother, is responsible for the negative nature of the campaign.

“I mean, I think it’s clear that Mr. Trump is running his campaign and saying what he thinks is important in this election. I think what we’re seeing here in Philadelphia is a very strong contrast to that,” Clinton said. “My mother is not engaging in divisive, bigoted rhetoric.”