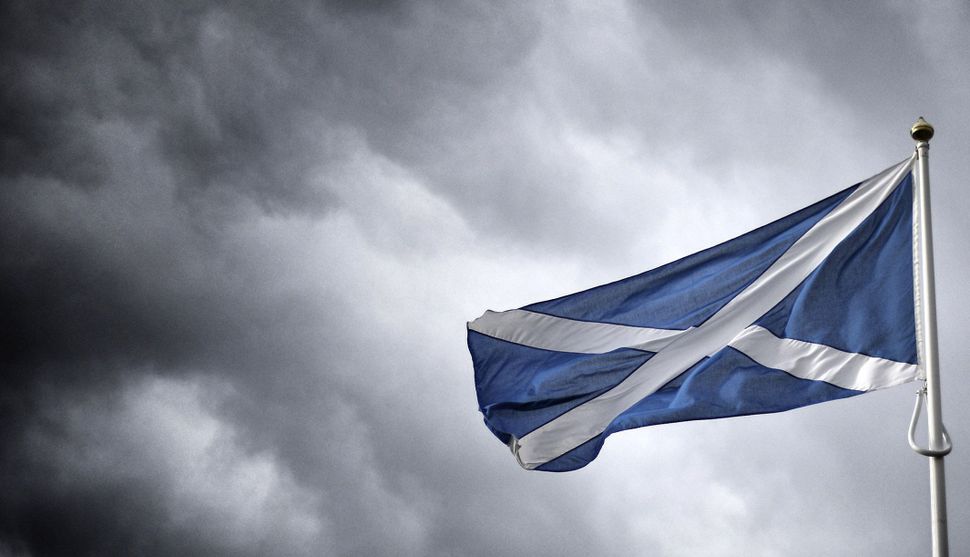 A third of Scottish Jews are anxious about a rise in anti-Semitism in the last two years, a new survey found.

SCoJeC began the latest survey in response to an increase in anti-Semitic activity in the summer of 2014, during Israel’s Operation Protective Edge in Gaza. During August 2014, SCoJeC received nearly as many complaints of anti-Semitism as it had received in all of 2013.

The survey responses came from both the online questionnaires and extensive focus groups run by the organization throughout Scotland.

In the focus groups, people said they are more likely to keep their Jewish identity to themselves, and a majority of people said that events in the Middle East “have a significant impact on the way they are treated as Jews in Scotland.”

A fifth of survey respondents expressed concern that the Palestinian flag is being displayed more across Scotland.

SCoJeC, an umbrella organization of Jewish groups in Scotland, received survey responses from 119 Jews both online and from paper surveys.

The survey built on data and responses taken from a 2012, “Being Jewish in Scotland,” also undertaken by SCoJeC.

Few Jews immigrated to Scotland until the end of the 19th century, by which time there was close to 5,000 Jews. The Jewish population peaked in the mid-20th century at an estimated 80,000, and has been dwindling since then. According to a 2011 census, 5,887 people identify as Jewish in Scotland.