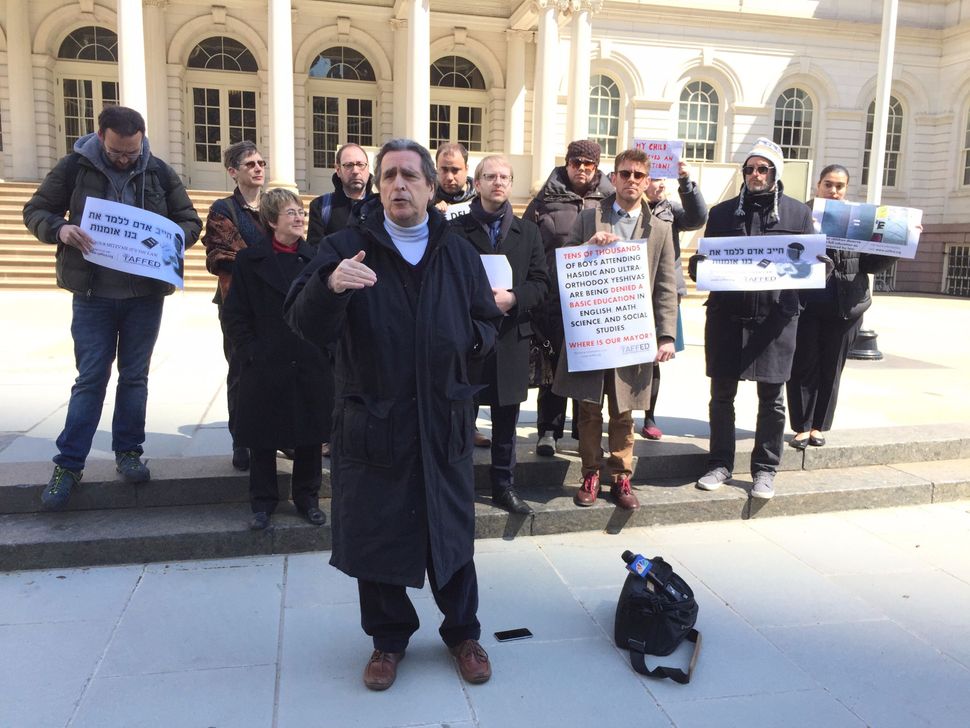 Hasidic yeshivas have promised New York City that they will provide more secular education to their young students, but neither the city nor the yeshivas will say exactly how the schools’ curricula will change.

The commitments come a year into an investigation by the city’s Department of Education into Brooklyn’s Hasidic yeshivas, prompted by claims that, contrary to state law, many of the yeshivas provide little secular education in elementary school and no secular education for high school-aged boys.

In a statement to the Forward, DOE spokeswoman Devora Kaye said that representatives of Hasidic yeshivas had “committed to begin altering their curricula to include better and more secular education as early as next year.”

Kaye said that the schools would implement a “high-quality, common core-aligned curriculum as soon as possible.”

Yet neither Kaye nor a representatives for the schools under investigation by the DOE, attorney Avi Schick, would say how the secular education provided by the schools would change, or whether they have committed to a detailed timeline.

Advocates remain skeptical. “This lack of transparency seems like a deliberate ploy to evade accountability,” said Naftuli Moster, founder of the advocacy group Young Advocates for Fair Education, whose July 2015 letter to the DOE launched the yeshiva investigation. Moster has been a persistent critic of the city’s response to his group’s letter.

The yeshivas’ new commitments come in the wake of meetings between the city and a new advocacy group for ultra-Othodox yeshivas called Parents for Educational and Religious Liberty in Schools. The new group, which is advised by Schick, is backed by leaders of the ultra-Orthodox umbrella group Agudath Israel of America, the Crown Heights-base Lubavitch Hasidic group, and the Williamsburg-based Satmar Hasidic group.

Speaking to the Forward, Schick said that meetings between the yeshivas and the city had led to greater understanding between the two sides. “The city now has a good clear and accurate picture of the education received by the children,” Schick said.

Schick told the New York Jewish Week in July that PEARLS is focusing initially on raising standards for yeshiva elementary schools, rather than high schools.

PEARLS leaders have been harshly critical of Moster’s group, and have defended the education provided by Hasidic yeshivas. “People should understand that the yeshiva system is the core and backbone of our community,” said Rabbi David Niederman, a prominent Satmar leader and a founding member of PEARLS. “It’s not by accident that our graduates have been successful in Fortune 500 companies, own successful businesses, and contribute to medicine and every type of activity.”

Niederman acknowledged that Hasidic yeshivas were “working on improving,” but said that “Rome was not built in one day.”

YAFFED has continued to exert pressure on city officials. In April the group’s attorney, civil rights lawyer Norman Siegel, threatened to bring a federal lawsuit if the city does not force yeshivas to change their practices. In August, YAFFED announced that it had gathered 1,500 signatures for a petition demanding action from the city.

(The Forward sent an advertisement paid for and composed by YAFFED to subscribers to its e-mail newsletter in July that solicited signatures for the petition.)