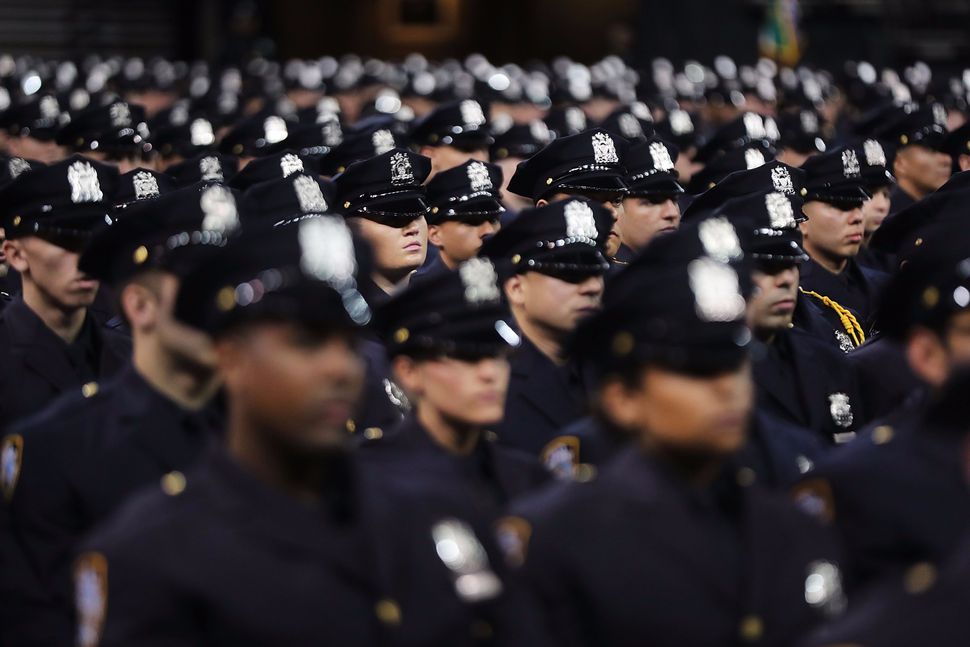 A new bill that would make it a hate crime to attack a police officer in New York State has drawn opposition from the Anti-Defamation League, which drafted the hate crime laws now in place in many states across the country.

According to the ADL, the proposed law would make it harder for prosecutors to make cases against people who attack police. In a statement, the ADL’s New York Regional Director, Evan Bernstein, said that the law would be “harmful.”

The bill, proposed in the New York State Assembly by Ronald Castorina, a Republican representing parts of Staten Island, would be among the first nationwide to protect a profession under hate crime laws, which were created to stiffen penalties for crimes motivated by racial and ethnic bias. A similar bill, also opposed by the ADL, was recently signed into law in Louisiana.

“The Blue Lives Matter bill will provide our Police Officers with greater protection against assault because of the heightened penalties associated with this legislation,” Castorina said in a statement. “People will now think twice before they assault a Police Officer with the knowledge that they could be charged with a ‘hate crime’.”

The text of Castorina’s bill has not yet been made public.

Castorina’s proposal comes during a summer of heated rhetoric over race and policing. In his statement announcing the bill, Castorina cited the July shooting deaths of five police officers in Dallas, and the shooting deaths, days later, of three officers in Baton Rouge, Louisiana.

Yet the ADL believes that Castorina’s proposal would backfire.

The ADL has led the development of hate crimes statues across the United States for decades. Forty-three states have adopted hate crime laws based on or similar to model legislation that the ADL drafted in 1983.

“That additional intent requirement, which is not included in existing laws covering attacks on police officers, would make prosecutions more difficult, not easier,” the organization wrote.

The ADL also argued in the blog post that including police as a class protected by hate crime laws “confuses the purpose” of hate crime legislation.