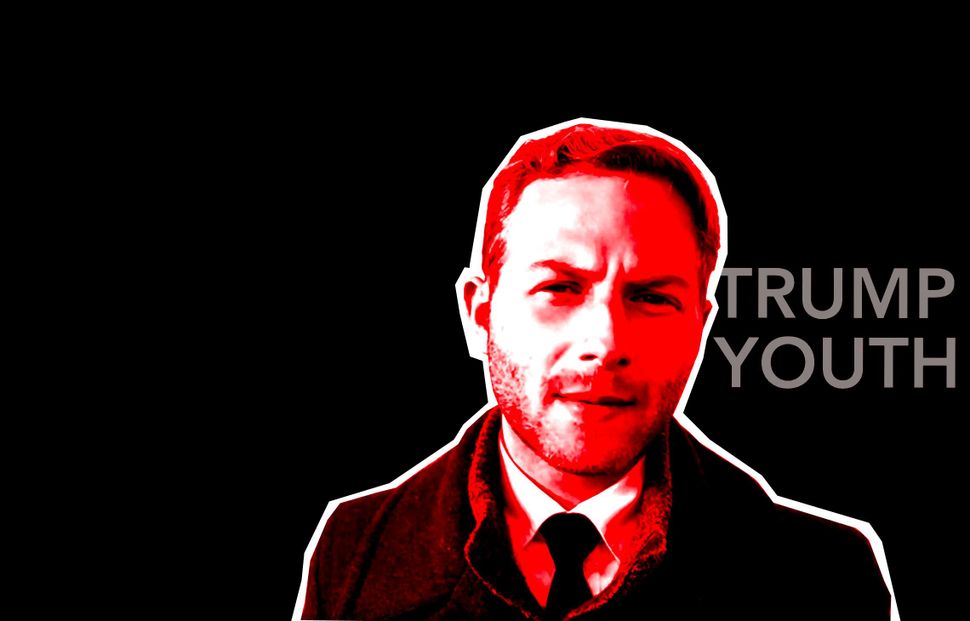 “Our nations have been commandeered by an international criminal cartel and this parasite is feeding on our energy. It’s in Japan, it’s in China, it’s in Germany, it’s in America — now, if we don’t throw this parasite off our backs, the world will fall into chaos,” the group’s leader, Jayme Louis Liardi, said in a video posted on the group’s website.

Trump’s message, including attacking political correctness and using racist tropes to oppose immigration, is “emboldening” white nationalists like Liardi to state their views more publicly than before, said Peter Montgomery, an expert on right wing politics at People for the American Way.

“He clearly thinks that using Trump’s name will attract people who are interested in his extremists beliefs,” Montgomery said of Liardi. “That’s the kind of thing that should make Trump supporters do a lot of soul searching.”

Both the group’s name, “Trump Youth,” and its rhetoric evokes Hitler Youth, a wing of Germany’s Nazi party.

In a video posted to the group’s website, the group’s blond leader speaks of having to fight a worldwide “parasite” enemy, which he later identifies as “globalists.”

Nazi propaganda likened Jews to parasites and condemned them for their perceived lack of loyalty to their “host” countries.

On his personal website, Liardi seems to draw a link between Jewish and globalist interests, referring to the government supporting globalism as “kosher.”

“If you have no identity, one will be installed into you by the kosher forces of The State. Make no mistake, they may say that they are for ‘multiculturalism’ ‘diversity’ and ‘equality’ but their actions would say otherwise. This is the ideology that brought us colonialism, slavery and the chain stores of suburbia. This is our current world—the world of Globalism,” Liardi wrote.

He also implies Hitler and Nazism have been unfairly portrayed through history.

“I wanted to understand the mind of the supposed most evil man in history,” Liardi wrote. “And yes, I read Adolf Hitler’s ‘Mein Kampf’. I quickly realized that I was not being given all of the facts — that what passes for history is merely rehashed propaganda from the war.”

Liardi’s speeches and writings have a jumpy, rambling quality and many are tinged with conspiracy theories. His website welcomes visitors “to face the great delusion,” and he criticizes “fluoride in the water” and “GMOs.” One of his video has had 20,000 views.

The chairman of the American Nazi party recently said a Trump presidency would be “a real opportunity for people like white nationalists.”