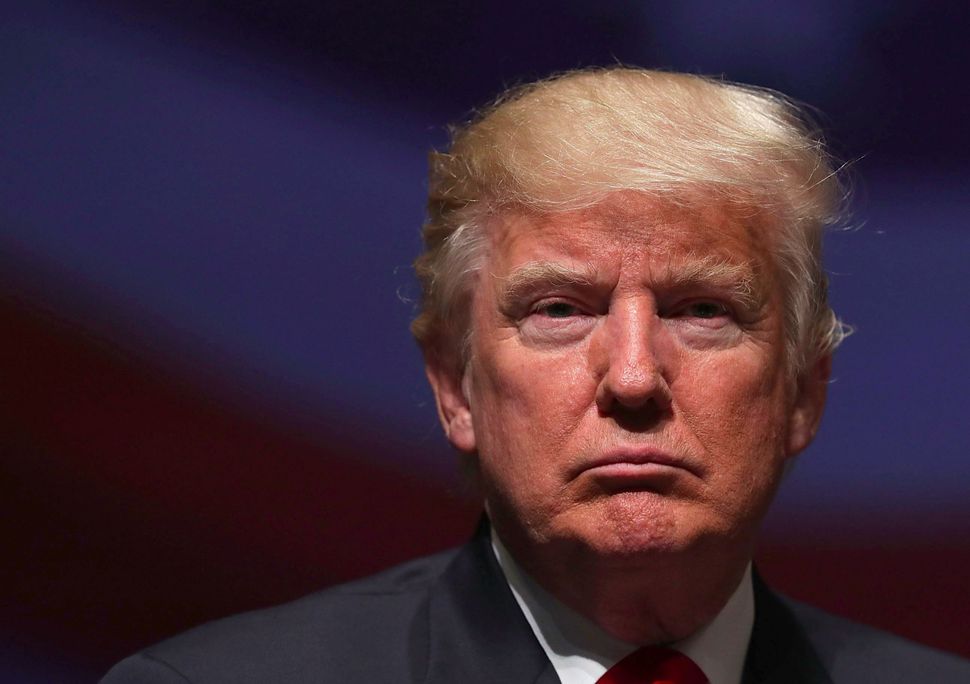 In a move to boost his national security credibility, Donald Trump released an endorsement letter signed by 88 retired military figures.

Now some are questioning if there is a hidden anti-Semitic message behind the statement — since the number 88 is a well-known code for ‘Heil Hitler.’

In the open letter, the former generals and military officials state that the country needs “a long overdue course correction in our national security posture and policy.”

“As retired senior leaders of America’s military, we believe that such a change can only be made by someone who has not been deeply involved with, and substantially responsible for, the hollowing out of our military and the burgeoning threats facing our country around the world,” the[ letter states.

It should have been a pretty standard (if underwhelming) vote of confidence for the Republican nominee. Mitt Romney released a similar missive signed by 500 leaders in 2012.

But soon after the letter was released, Twitter started buzzing about something very peculiar about the endorsement – the number of people who signed it.

What the Twitterverse was talking about is the fact that H is the eight letter of the alphabet, so 88 stands for HH, which in turn stands for Heil Hitler.

While the number of military officials who signed the letter may be a coincidence, Donald Trump has previously used anti-Semitic symbols in a number of instances.

In July, the Republican frontrunner tweeted a picture of Hillary Clinton with the slogan “Most Corrupt Candidate Ever” written over a Star of David. And just last month, Trump used a graphic that originated on an anti-Semitic site and was shared by white supremacist David Duke.