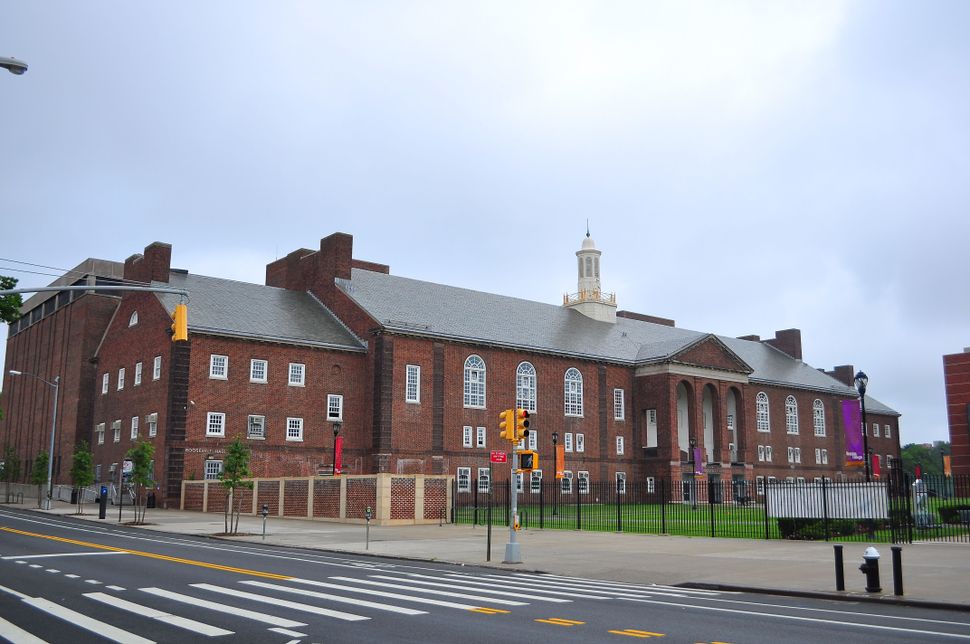 Lawyers hired by the City University of New York to investigate alleged instances of anti-Semitism by campus pro-Palestinian activists have found that most of the activists’ conduct was protected under the First Amendment.

The lawyers’ report comes six months after a letter by the Zionist Organization of America alleged that local CUNY chapters of the group Students for Justice in Palestine had created “a hostile campus environment” for Jewish students at CUNY.

Elected officials and newspaper editorial boards called for action against SJP in the wake of the ZOA’s letter.

Yet the outside attorneys who investigated the incidents for CUNY, after conducting more than 60 interviews, found that while there had been at least one instance of conduct they considered threatening, most of the incidents constituted expressions of free speech.

And while the ZOA had specifically targeted SJP for criticism, the report said that there was a “tendency to blame SJP for any act of anti-Semitism on any CUNY campus,” which the report called a mistake. It found that SJP had not been tied to any of the most controversial instances of alleged anti-Semitism at the CUNY campuses.

Noting that an SJP leader had been the victim of an anti-Muslim incident at Brooklyn College, the report said: “No fair-minded person would attribute that conduct to Hillel, and SJP should be judged by the same standards.”

The two attorneys considered complaints that the word “Zionist” is used in the context of campus protests in place of the word “Jew,” and that speech that appears political is in fact anti-Semitic. But the lawyers determined that that was not generally the case, writing, “those who shout for ‘CUNY out of Israel’ should not be tarred as anti-Semitic.”

The report describes one 2015 rally at Hunter College organized by the campus SJP chapter at which members of the crowd shouted “Jews Out of CUNY” and “Death to Jews,” and a pro-Israel sign was grabbed from one student and stomped. The attorneys said that they could not identify the people at that rally who had acted threateningly, but that if they could be identified they should be subjected to punishment.

“The picture that has emerged is not one of unchecked anti-Semitism, far from it, but it is hardly perfect,” the attorneys wrote.