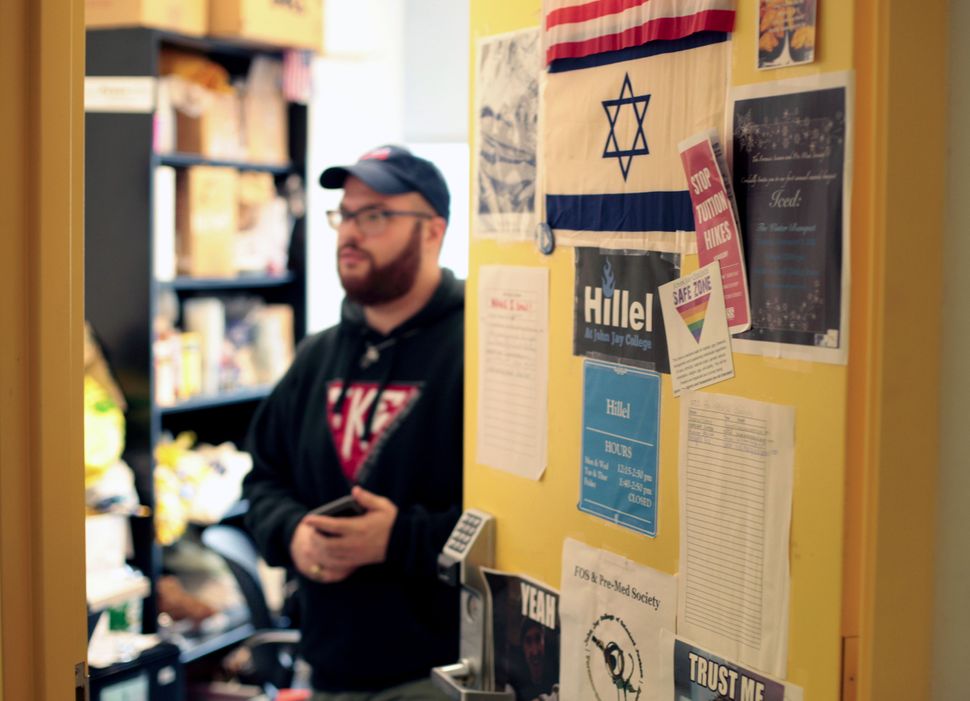 An independent investigation has vindicated a pro-Palestinian group charged with fostering an anti-Semitic climate at the nation’s largest urban public university.

Two lawyers hired by the City University of New York to investigate alleged instances of anti-Semitism found that expressions of political opposition to the State of Israel are not inherently anti-Semitic, and that such expressions are protected under the First Amendment.

The investigation and the events that triggered it are part of a broader trend of campuses becoming political battlegrounds, where heavyweight Israel advocacy groups, like the Zionist Organization of America, spar with pro-Palestinian activists. Students for Justice in Palestine, the subject of this investigation, is a frequent target of such groups — but not the only one.

“The report finds what we’ve said all along, that the ZOA’s claims that SJP engaged in anti-Semitic activity are completely unsubstantiated,” said Radhika Sainath, an attorney with Palestine Legal.

The lawyers’s conducted their investigation after the ZOA wrote a scathing letter in February accusing local chapters of SJP of creating “a hostile campus environment” for Jewish students at CUNY. The ZOA, one of the country’s oldest pro-Israel organizations, has been campaigning against SJP for years.

Palestine Legal and the Center for Constitutional Rights have documented what they call a “Palestine exception” to free speech, which they say is a pattern of censorship on campuses and a silencing of criticism of Israel. The ZOA, Palestine Legal said in a statement, is at the forefront of these efforts.

“[The report] confirmed that SJP cannot be scapegoated for accusation of anti-Semitism on campus,” said Nerdeen Kiswani, a former SJP leader at CUNY who graduated in June. “The facts on the ground are that standing against Zionism is not anti-Semitic and is protected under free speech.”

“This is not the first time that ZOA has made these kinds of allegations about a university, saying there is rampant anti-Semitism and blaming it on SJP,” said Dov Waxman, a Northeastern University professor and co-director of the university’s Middle East Center. “In the previous cases those allegations turn out to be largely baseless or exaggerated.”

But even if such allegations are ultimately thrown out, Waxman said, they “force universities to be on the defensive and that means that particularly groups like SJP are going to be much more closely monitored and closely scrutinized by nervous administrators.”

Morton Klein, head of the ZOA, said he was “shocked” and “worse than disappointed” with the results of the investigation for which his group had pushed.

Brooklyn assemblyman Dov Hikind, who has called SJP “toxic” and previously called for their removal from CUNY campuses, wrote on Twitter the report was not “even worth the paper it’s printed on.”

The report, conducted by Paul Shechtman, a former federal prosecutor, and Barbara Jones, a former federal judge, concluded that those who call for boycotts and divestment against Israel “should not be tarred as anti-Semitic.” The report also stated that banners with depictions of a kaffiyeh, or Palestinian scarf, are protected speech.

The report said that there was a “tendency to blame SJP for any act of anti-Semitism on any CUNY campus,” which it called a “mistake.” It found that SJP could not be tied to any of the most controversial instances of alleged anti-Semitism at the CUNY campuses.

The reported also noted that a Brooklyn College SJP leader had also been the victim of an Islamophobic incident. “No fair-minded person would attribute that conduct to Hillel,” it read, “and SJP should be judged by the same standards.”

To be sure, the report noted, there had been instances of anti-Semitism on CUNY campuses, such as swastikas appearing on library book or desks. The report also described an SJP rally at Hunter College, where it was “undeniable that some protestors made anti-Semitic and threatening comments.”

An individual also pulled a pro-Israel sign from a Jewish student’s hands. These actions at the Hunter College protest “went beyond offensive speech and were tantamount to assaults,” the report read.

But the investigators could not identify those responsible for that conduct: “If they can be identified, they should be punished.”

Some of those interviewed for the report said that they believed “Zionist” was often used as a code for “Jew” during rallies. The report found that in one case, this may have been true but that “it would be wrong, however, to conclude that is generally the case.”

Those who shout for “CUNY out of Israel,” the report said, should also not be automatically considered anti-Semitic.

Still, the report did note that investigators spoke to Jewish students who did feel threatened on campus — and that those experiences should not be ignored.

“It’s true that these protest activities can be very strident,” Waxman said. “They can be experienced by some Jewish students as threatening. And they can be unnerving for Jewish students for whom Israel and Zionism is a part of their identity.”

Jesse Fuller, a former vice president of Hillel who was interviewed by the lawyers, called the report’s findings “disheartening.”

“So it’s now acceptable to make people feel unwelcome on campus?” asked Fuller. “Where are you going to draw the line? I don’t think this was taken care of properly.”

The investigation, Fuller said, “made me feel like my voice had been heard. But it was ultimately just lip service.”

In conclusion, the report read: “The picture that has emerged is not one of unchecked anti-Semitism, far from it, but it is hardly perfect.”

A separate but related inquiry, also stemming from the ZOA’s allegations of anti-Semitism, exonerated two Brooklyn College SJP members in June, after investigators were unable to corroborate an allegation that a pro-Palestinian activist had called a Jewish professor a “Zionist pig.”

Klein told the Forward that his group is not trying to infringe on free speech. “One can criticize Israel’s policies,” Klein said. “But if you’re against Israel’s existence, you’re an anti-Semite.”

A March inquiry by the Forward into the allegations of anti-Semitism cited by the ZOA found that the letter was vague as to when and where several of the most clearly anti-Semitic episodes took place and that it would be difficult to hold SJP responsible for fostering a hostile climate for Jewish students.

The ZOA had eagerly assisted with the investigation months ago.

But now Klein said, “It did the opposite of what it was supposed to do.”