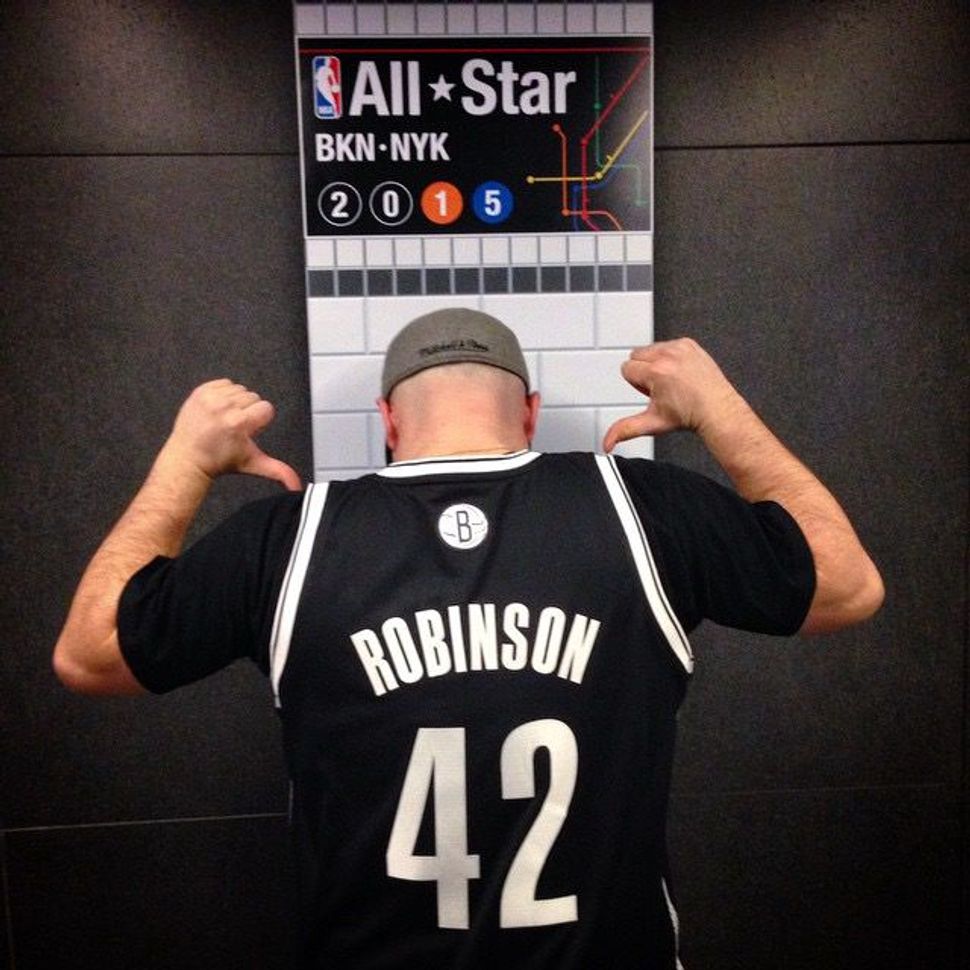 A Jewish Brooklyn artist has plastered the borough with “I Sit With Kaepernick” posters backing the now-famous protest of football superstar Colin Kaepernick.

The San Francisco 49ers quarterback became part of a nation-wide controversy with his refusal to stand during the national anthem to protest racism and the oppression of black people in America.

“I just couldn’t understand why he was getting such a negative reaction for what he was standing up for,” Rothberg told dnainfo. He added that Kaepernick’s message is relevant to everyone regardless of race or religion.

“It’s important for our society to have conversations like this to bring light to issues that have plagued our country,” Rothberg told the Forward.

So he designed a poster and put it up all over Brooklyn, just in time for the kickoff of football season.

The posters show a kneeling black football player surrounded by an American flag. The caption reads “I Sit With Kaepernick” and “End Justice for All.” The design is inspired by classic football trading cards from 1963 – the year of Dr. Martin Luther King Jr.’s “I Have a Dream” speech, Rothberg told dnainfo. He also added a peace sign on the player’s jersey and a blindfold as a nod to Lady Justice.

Here are some facts about the artist who wants you to sit with Kaepernick.