From Mushrooms to Skittles: The Anti-Semitic Source of Trump Jr.’s Analogy 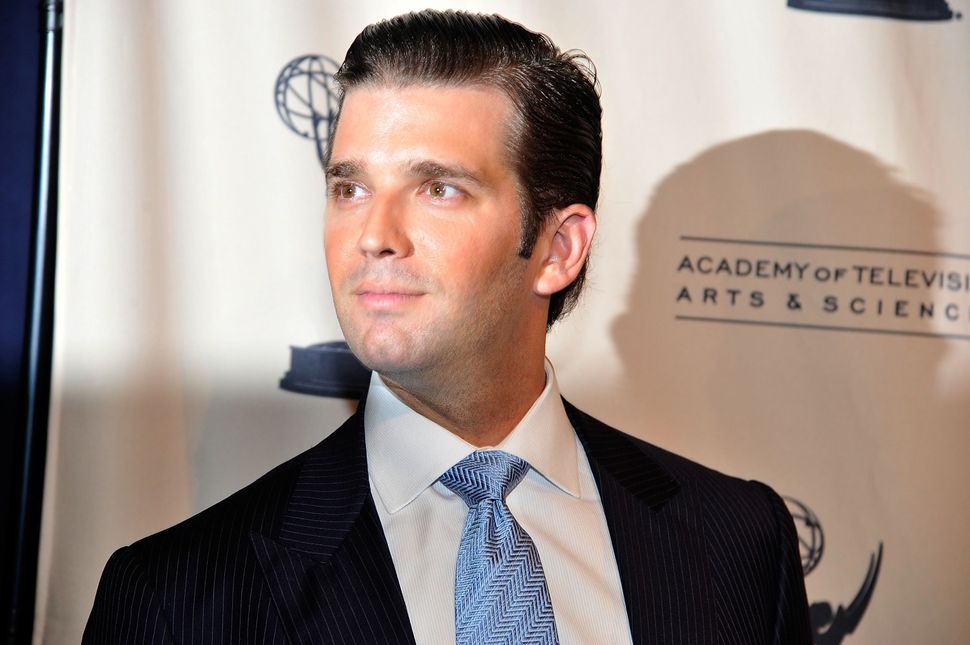 On Monday, Trump Jr. tweeted the following picture, accompanied with the caption: “This image says it all.”

Trump Jr. may have gotten all the publicity for his Tweet, but he can’t really take full credit for the idea.

If you take a few steps back, the candy analogy has actually been commonplace within the “alt-right” movement. The idea for skittles started with mocking memes created over images of Trayvon Martin, the black teen shot and killed by George Zimmerman in 2012. He was carrying skittles at the time. 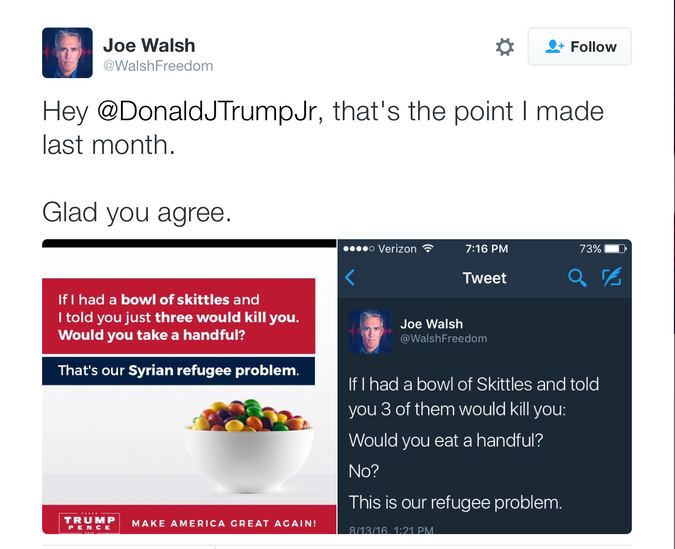 Now let’s go back 78-years-ago, where it all began. German writer Julius Streicher penned a children’s book called “Der Giftpilz” (“The Poisonous Mushroom”) that described a very similar analogy. In the story, a little boy named Franz learns about Jewish people from his mother.

“However they disguise themselves, or however friendly they try to be, affirming a thousand times their good intentions to us, one must not believe them. Jews they are and Jews they remain. For our Volk they are poison.” Franz’s mother tells him.

“Yes, my child! Just as a single poisonous mushrooms can kill a whole family, so a solitary Jew can destroy a whole village, a whole city, even an entire nation.”

Streicher was also responsible for starting the anti-Semitic newspaper Der Stürmer (The Stormtrooper), which published a slew of Jewish caricatures, along with descriptors like “worm,” “evil spirit” and “poisonous serpent.” 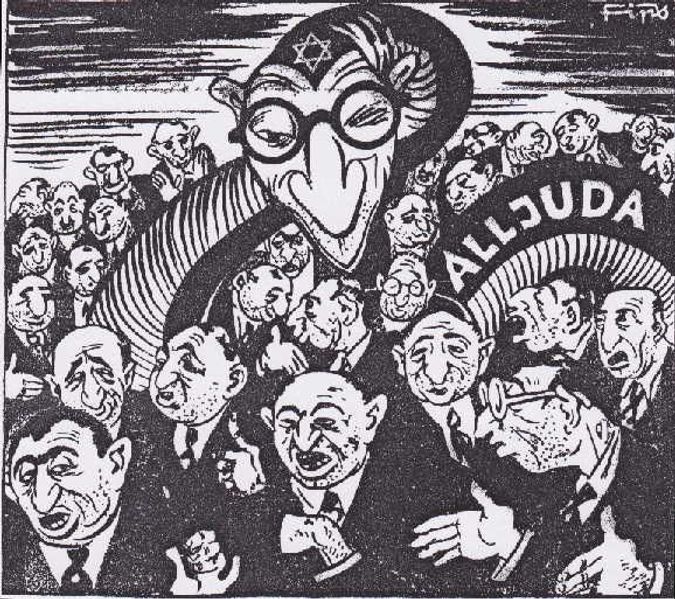 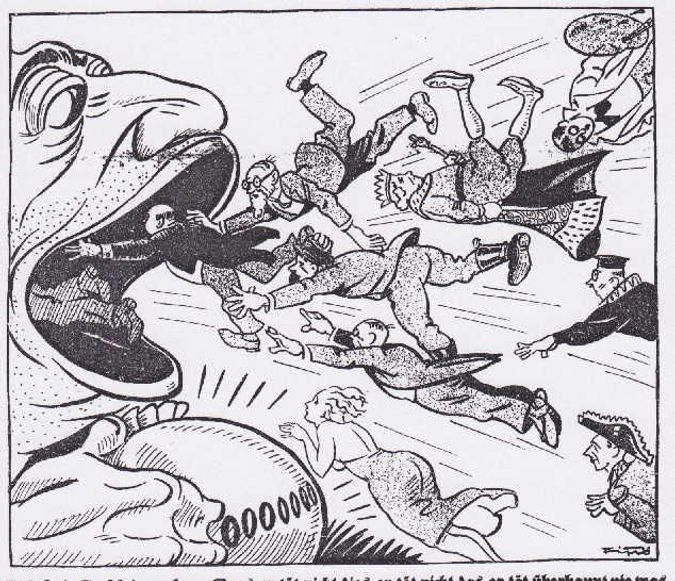 According to The Intercept, Hitler loved the publication, stating: “One must never forget the services rendered by the Stürmer … Now that Jews are known for what they are, nobody any longer thinks that Streicher libelled them.”

Streicher would later be captured by US forces in 1945 and hanged at Nuremberg as a war criminal.

From Mushrooms to Skittles: The Anti-Semitic Source of Trump Jr.’s Analogy