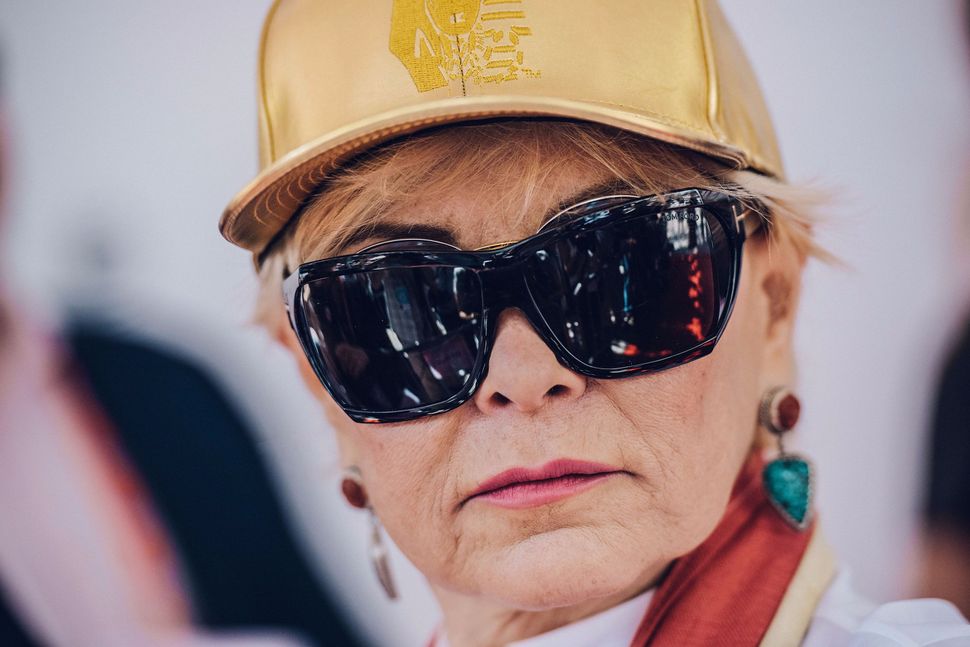 The eccentric one-time TV star and kabbalistic “Hebrew priestess” Roseanne Barr said she would pick Donald Trump over Hillary Clinton, if she had to choose.

But Barr insisted this wasn’t an official endorsement. She said she doesn’t even intend on voting but if she had to, she’d pick someone she thought could really do the job — herself.

Indeed, in 2011 Barr mounted her own political campaigns — seeking the offices of both President of the United States and Prime Minister of Israel.

Barr, who makes no secret of her esoteric views, suggested earlier that Trump’s political rise may even have been prophesied in the Bible. (She also supports the controversial Temple Institute, which is seeking to rebuild the Third Temple in Jerusalem to hasten the coming of the Messiah.)

“I think he’s an alien from another planet,” Barr said. She also described Trudeau as a “Nephilim,” a Hebrew word which can mean “fallen angels” or “sons of god,” among other translations.

“He doesn’t seem fully human,” she said. “Was this guy invented in a lab?”