Will This Invention Make the ‘Shabbos Goy’ Obsolete? 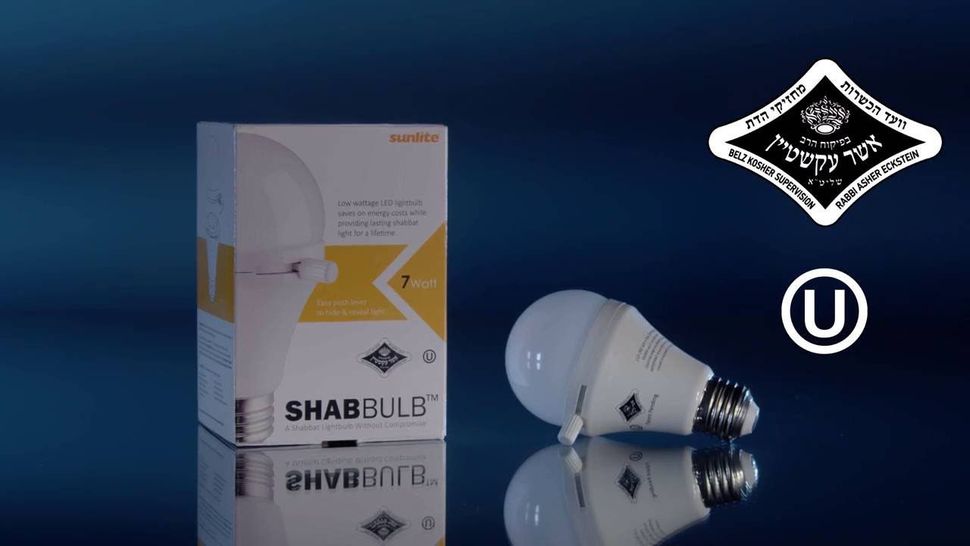 Observant Jews might soon be able to dispense with the “Shabbos goy,” the Gentile neighbor or friend who performs forbidden labor during the Sabbath, reports Orthodox news site “Vos Iz Neias” (Yiddish for “What is News?”). That’s because Morty Kohn, a Brooklyn electrician, has created a new light bulb that he says can effectively be shut off and turned on without violating halacha, or Jewish law.

I have a very large business,” said Kahn, expressing hope that his invention, for which a patent is pending, would be a service to observant Jews. “This was about doing something for the klal [community], to make people’s lives easier.”

The “Shabbulb,” advertised as “the kosher solution to all Shabbos lighting problems,” abides by traditional limits on electricity use, which in turn descend from older prohibitions on lighting fire on the Sabbath. In regulations initiated by the Bible and added to by rabbis, most forms of work are banned on the holy day. Observant Jews tend to rely on timers and non-Jewish help — that’s the “Shabbos Goy” — in order to turn on or shut off lights at this time. “Goy” means non-Jew.

There’s no shame in being a “Shabbos Goy,” despite the sometimes negative associations that the term “goy” brings. Barack Obama, Elvis Presley, and Harry Truman, at one time or another, have all pitched in to help Jewish families keep the Sabbath. But perhaps their line will be coming to an end.

A creative solution to an old problem, the bulb contains two pieces: an opaque bottom part that contains the light source and a top see-through part that emits the light. With a lever attached to it, the top functions as a shade. Push the lever in one direction and a cover inside the fixture blocks the light. Push it in the other direction and the shade comes down, revealing the light. The user gets all the benefits of being able to switch a light on or off, without tampering with the current itself.

Blessed by the Orthodox Union and a number of Haredi rabbis, the Shabbulb is set to go on sale this week in Kohn’s Red Hook store, Sunlite, and on Amazon. It’s not the first Sabbath work-around, with efforts such as the Kosher Lamp having already debuted. But it’s notable for its technical accomplishment and user-friendliness.

“By moving the knob you are placing a cover on the light that blocks its shine, the same as the cover over the candle,” wrote Rabbi Mechel Eckstein. “When covering, there is no change to the amount of power to the bulb and absolutely no electricity involved.”

Will This Invention Make the ‘Shabbos Goy’ Obsolete?