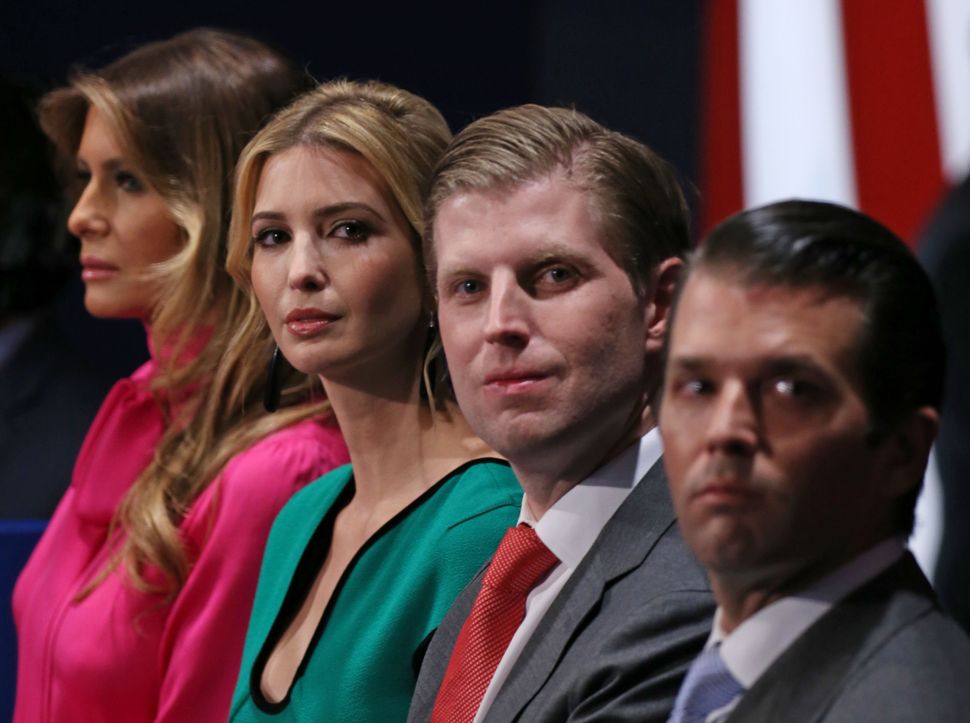 Melania Trump and three of Trump’s children sit in the family box during the second presidential debate. Image by Getty

The second match-up between Donald Trump and Hillary Clinton was full of personal attacks, idle threats and hovering glares. But if things had gone Jared Kushner’s way, the debate would have started with even more TV drama.

Kushner, Trump’s orthodox son-in-law, and Breitbart-chairman-turned-Trump-adviser, Stephen K. Bannon, cooked up a plan to embarrass and intimidate Hillary Clinton by seating the women who accused Bill Clinton of sexual abuse in the Trump family box.

The story was first reported by the Washington Post, which spoke to four people people involved in the debate negotiations.

Trump has been battling his own accusations of sexual harassment and even abuse, since a video of him making lewd comments was leaked on Friday. In a play to distract from his own scandal, Trump doubled down on his attacks on Bill Clinton’s infidelity.

Two hours before the debate started, Donald Trump held a surprise press conference accompanied by four women. Three of them accused Bill Clinton of sexual assault and harassment, while one blamed Hillary Clinton for defending her alleged rapist.

As an encore, the Trump campaign then wanted to seat the four women in the elevated and highly visible Trump family box during the actual debate. The idea was to have them walk into the hall at the same time as Bill Clinton, so they could confront him in front of a national television audience.

The plan was divided by Kushner and Bannon and approved by Trump himself.

“We were going to put the four women in the VIP box,” former New York mayor Rudy Giuliani, who represents Trump in debate negotiations, told the Washington Post. “We had it all set. We wanted to have them shake hands with Bill, to see if Bill would shake hands with them.”

Shortly before the guests entered the debate hall, officials with the Commission on Presidential Debates stopped the stunt from happening. According to the Post, the debate officials warned Trump’s people that security officers would remove the women from the family box. 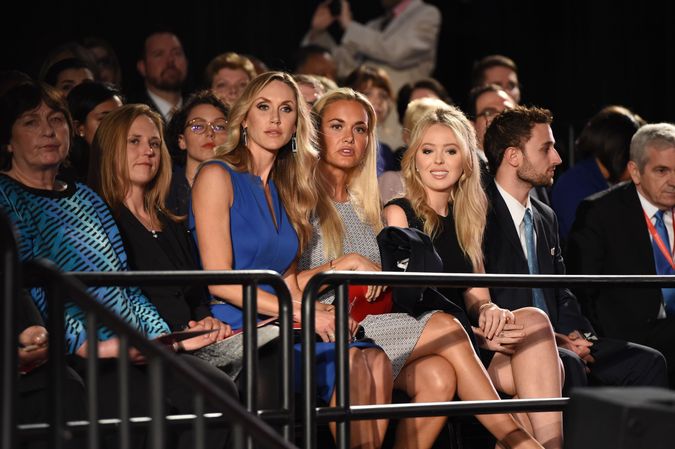 Trump’s youngest daughter Tiffany was seated in the audience with the four women accusing the Clintons. Image by Getty

Giuliani told the Post that they eventually decided not to go along with the plan, because they “weren’t going to have a fight on national TV with the commission to start the debate.”

The four women were seated with the rest of the audience, next to Trump’s youngest daughter Tiffany.

Giuliani speaking as a representative of the Trump campaign, showed confidence that the failed play was successful nevertheless. “I knew the minute we got pushback that we had gotten into their heads. [Hillary Clinton] was rattled. They were rattled,” he told the Post.