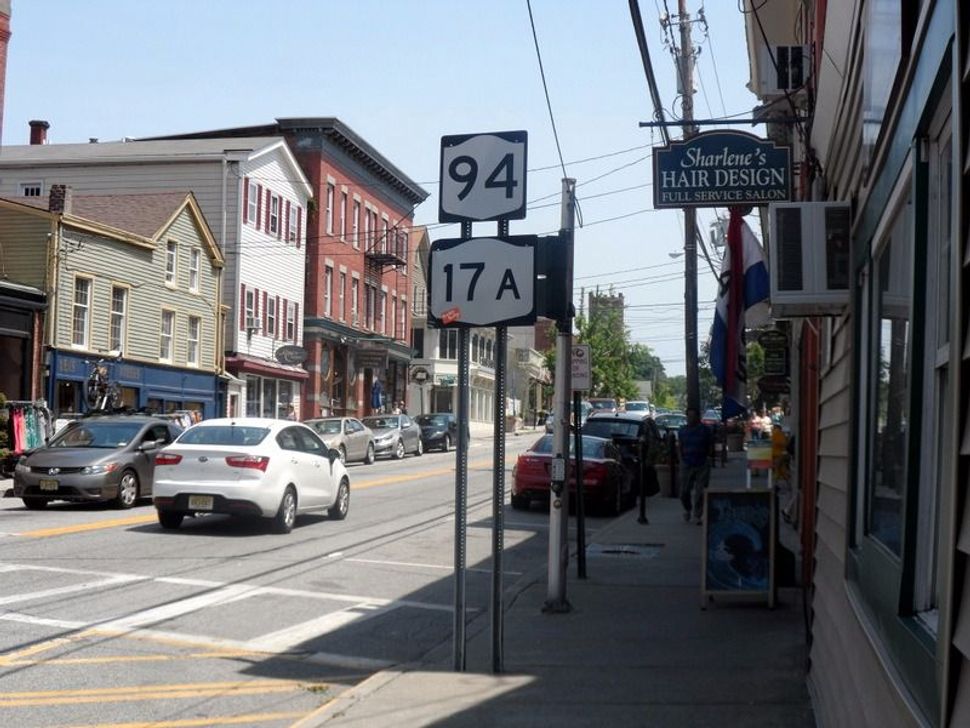 A street in Warwick, New York Image by Wikipedia

As Jews prayed this weekend to be sealed into the Book of Life, vandals in a upstate New York town of Warwick disrespected their dead. Police in the town on October 9 alerted officials at nearby Temple Beth Shalom that the front of their cemetery had been defaced with a spray-painted swastika and Nazi slogans like “SS” and “Heil Hitler.”

After the desecration, the Reform congregation’s spiritual leader, Rabbi Rebecca Shinder visited the site, where she chanted the mourner’s Kaddish. “I promise you, Kol Nidre will not be the same this year,” she told the paper, referring to the service that occurs before Yom Kippur and requests absolution for vows taken under duress.

As of Sunday, the Warwick police were looking into the incident, which had also been reported to state police.

Orange County has been a recent sore spot for anti-Semitic incidents, and it is home to a large numbers of Jews, particularly Haredim, who reside in towns such as Kiryas Joel. Back in 2013, the New York Times ran an expose on anti-Semitism in Orange County’s Pine Bush school district, where Jewish students had been bullied and harassed for their religion. This presidential election, with the rise of the alt-right, notorious for its promotion of white supremacist views, has also seen anti-Semitism crop up at an uncomfortable frequency.

Still, Shinder said, she had not anticipated this incident: “I’ve never, ever experienced this before, here or anywhere else in our community.”