Donald Trump’s Jewish Fans Are Sticking With Their Man — Mostly 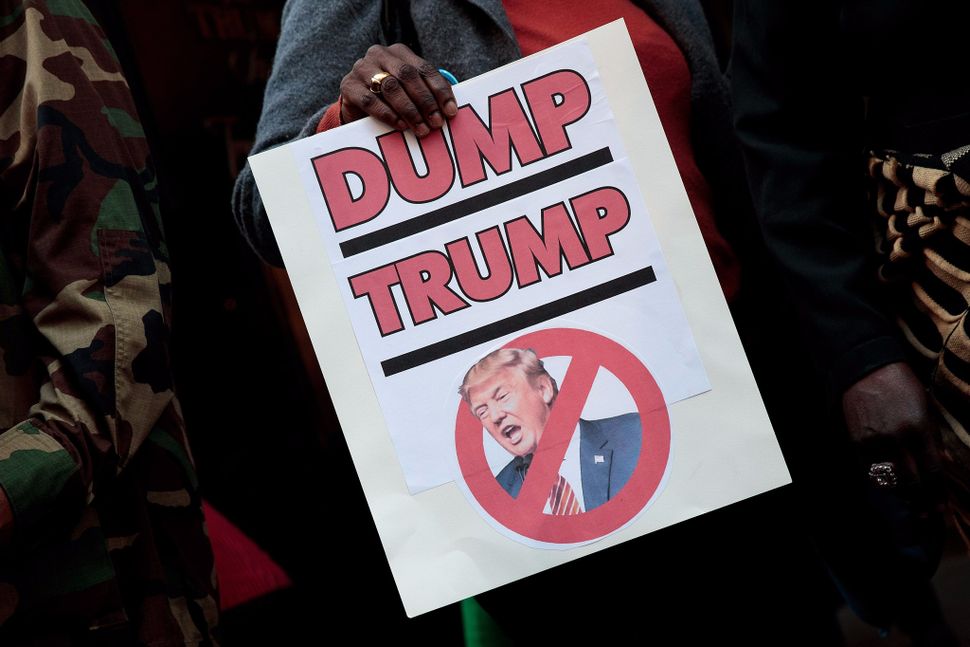 A Jewish group that has been stumping for Donald Trump is doubling down on its support for the Republican candidate — despite the fallout that Trump is seeing from within his own party.

Jews Choose Trump, which was launched in July to address what it sees as a hostile environment towards Republican candidate Donald Trump, affirmed their support for their candidate of choice.

“On our issues, Trump is perfect,” one of the group’s founders, Carol Greenwald, told the Forward.

Greenwald said that her group, which has more than 5,000 likes on Facebook, is primarily concerned with supporting a candidate who is pro-Israel, focused on national security and is critical of last years much-debated nuclear deal with Iran.

For these reasons — Trump is still their man, Greenwald said. 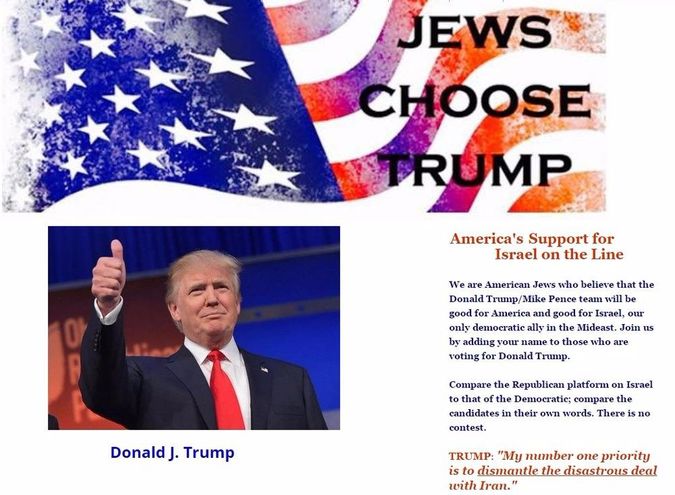 Greenwald said she was not concerned by the videotaped remarks Trump made in 2005 about women, widely condemned as lewd and sexist.

“I do not think he is advocating sexual assault. He is talking like 70 year-old-man. That’s how they talk to each other. I’m in my 70s, I know,” said Greenwald.

“The choice is not between a saint and Trump,” said Greenwald, noting Democratic candidate Hillary Clinton’s use of the word “irredeemable” and “deplorables” to describe Trump supporters. “What does it mean to say that people are irredeemable? I fear for the republic. The [political left] has become so Stalinistic.”

Since launching in late July, Greenwald’s site has garnered 140,000 views.

Not all Trump-supporting Jews have stayed on board, though. A rival site, Jews 4 Trump, which was started as an advocacy site by a Trump campaign volunteer, Joel Leyden, publically broke from the Trump in December over statements Trump made about Muslims.

But Leyden kept the Jews 4 Trump title — and now uses the social media feeds, to campaign against Trump. The Jews 4 Trump Twitter account has more than 10 thousand followers.

“I think there were a lot of [Jews] who were attracted to Donald Trump because of the confidence, the humungous amount of confidence this man projects,” Leyden said in an interview with the Forward. “What I found is that there is no substance behind that confidence. There is a lot of smoke and mirrors.”

Donald Trump’s Jewish Fans Are Sticking With Their Man — Mostly