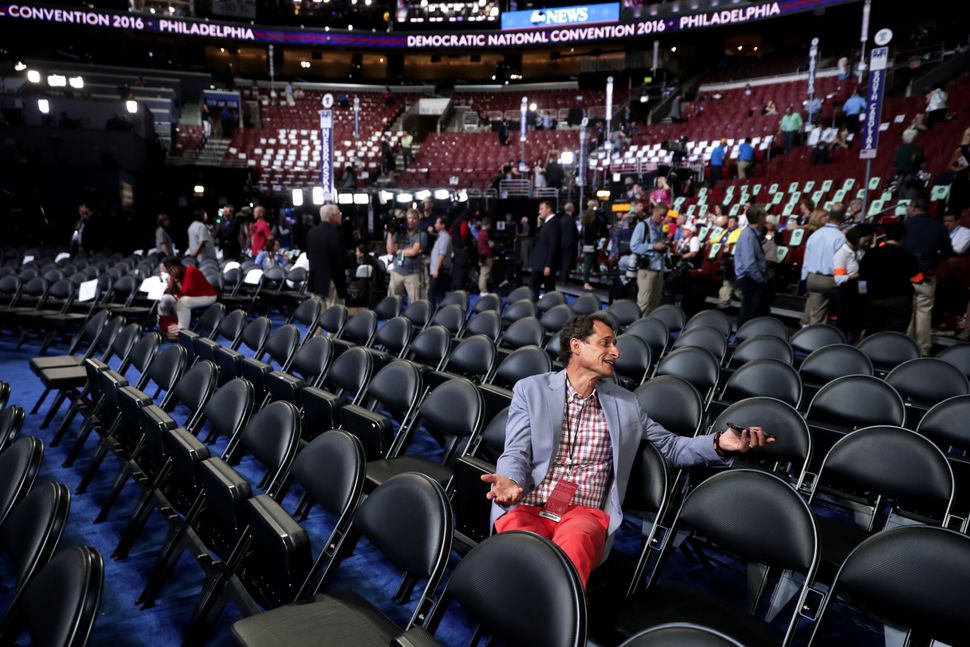 The News couldn’t get the F.B.I. or federal prosecutors to comment on the report. But their paper’s source, whom the story doesn’t name, says that Weiner could face indictment.

The DailyMail.com also reported yesterday that a grand jury could be convened to consider charges against Weiner by the end of this month.

Federal and local investigations of Weiner’s conduct with the 15-year-old began in September, after the DailyMail.com published transcripts of their exchanges and reported that Weiner had asked her to participate in “rape fantasies.”

Weiner’s wife, top Hillary Clinton aide Huma Abedin, left him in August after the New York Post published explicit photographs of Weiner that he took while in bed with their son.

Weiner has kept quiet since the August story. He deleted his Twitter account and was let go from a position as a political commentator on the local television station NY1.