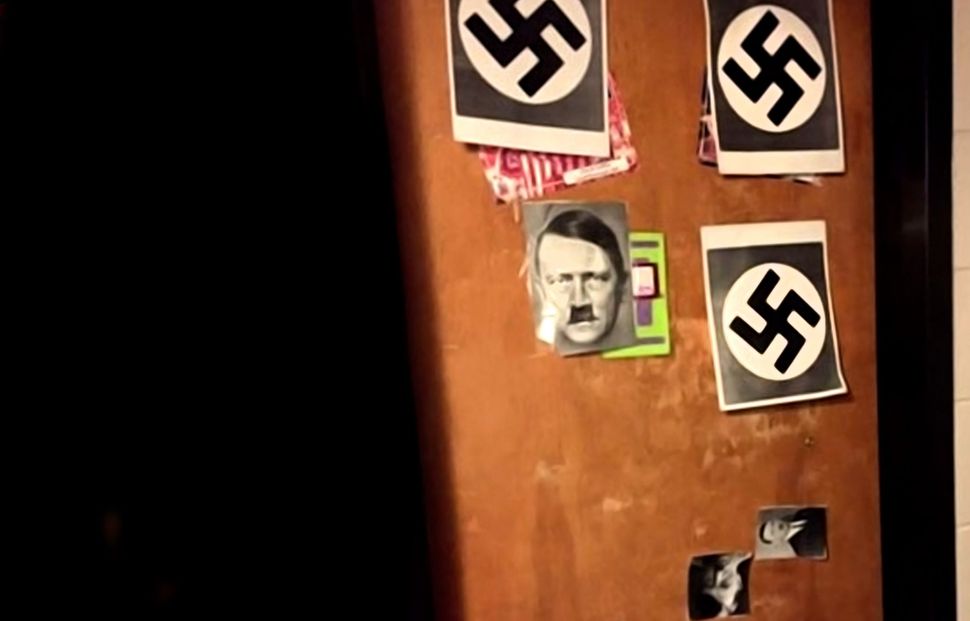 Reports of anti-Semitic assaults rose dramatically in the past year, particularly on college campuses. And while there may be a tendency to view all critique of Israel as anti-Semitic, a new study finds that at three major universities, politics are not to blame.

“The anti-Semitism that is felt on campus isn’t necessarily attached to Israel, it’s more like the old stereotypes,” Paulee Manich, a junior at Rutgers University, said. 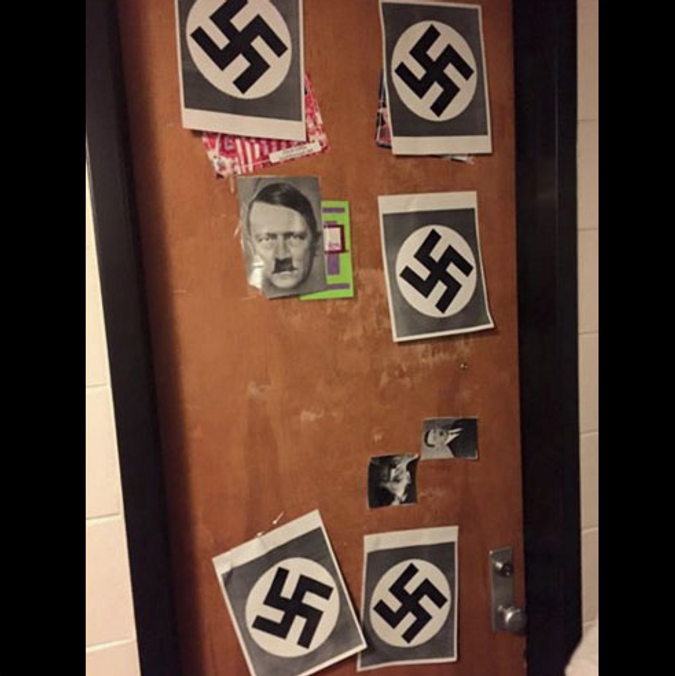 At the University of Wisconsin, a Jewish student’s dorm was taped with swastikas and a portrait of Adolf Hitler. Image by Instagram

A new study of anti-semitic “hotspots” by the Steinhardt Social Research Institute at Brandeis, found that at Rutgers, Wisconsin and Illinois, anti-Semitic incidents were linked to general Jew hatred, and were less likely to be linked to Israel or the Palestinian conflict. At these schools, where as many as one third have witnessed anti-Semitic harassment, buildings were marked with swastikas, vandals spattered Jewish centers with eggs and students were verbally assaulted. What’s happening at these schools echoes the well-documented rise of white nationalism in the wake of Donald Trump’s Republican candidacy for president.

“It is emblematic of what is happening across the country,” said Greg Steinberger, Executive Director of Wisconsin’s Hillel.

“In my dorm freshman year, I was asked where my horns were,” one senior told researchers.

Manich, who is Rutger Hillel’s vice president added: “I know students who wear yarmulkes or tzit tzit; sometimes they get things yelled at them.”

Manich described one incident where a Swastika was taped on a student’s ceiling, a time that the Chabad house was vandalized and comments she has heard about Jews “running the school.” Pro-Palestinian activism on the other hand, she said, was not so prevalent.

“We had a bunch of bad stuff last year, incidents of anti-Semitism are up everywhere,” said Steinberger. He described a spate of Nazi graffiti, carried out by vagrants, not students, who were later caught. 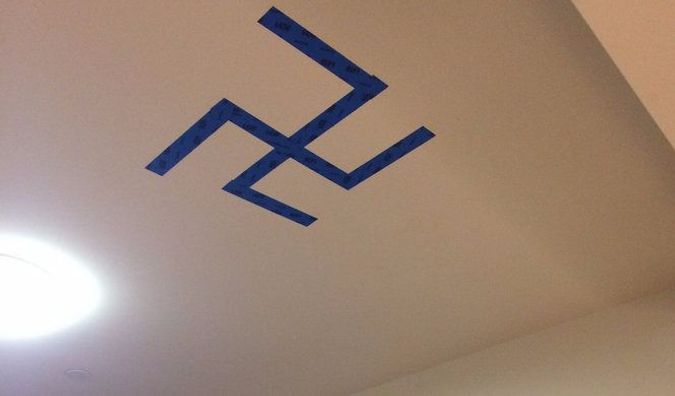 At Rutgers, a student taped a swastika on a campus ceiling, but claimed it was a Buddhist symbol. Image by YouTube Screenshot

At three other schools and university systems, Israel politics did play a role in anti-Semitism.

At City University of New York’s Brooklyn College, Northwestern, and many of the schools in the University of California system, students reported feeling anti-Israel sentiment. On these campuses, unlike Rutgers and Wisconsin, it appears that the high rates of anti-Semitic harassment and hostility are driven mostly by hostility toward Israel.

The researchers found that if there is an active chapter of Students for Justice in Palestine — a major activist group on the forefront of the boycott movement against Israel — it’s very likely that Jewish students will perceive a hostile climate toward Israel and Jews.

SJP has come under fire repeatedly for their anti-Israel protests. In February, the Zionist Organization of America accused SJP of fostering an anti-Semitic climate on CUNY campuses. (An independent investigation found that SJP’s actions at CUNY were protected speech.) 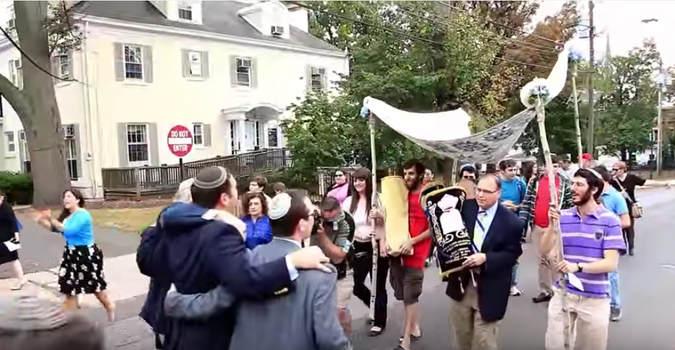 A Torah celebration at Rutgers, a university where reports of anti-Semitism are high. Image by YouTube Screenshot

Radhika Sainath, a lawyer with the group Palestine Legal, which provides legal advice for SJP, questioned the methods of the study, noting that the researchers did not speak with Jewish students who are members of the anti-occupation activist group Jewish Voice for Peace or who might otherwise be critical of Israeli human rights abuses.

The Brandeis study found that regardless of the anti-Semitism and hostility that students may face, their connection to Israel and Jewish organizations remain strong — in some cases it may even be strengthened.

The findings may be alarming. But even in these “hotspots,” Jewish respondents said, anti-Semitism was not their most “pressing” concern. Other topics, like race and diversity or tuition cost, students said, felt more urgent than the campus climate around Israel or Jews.