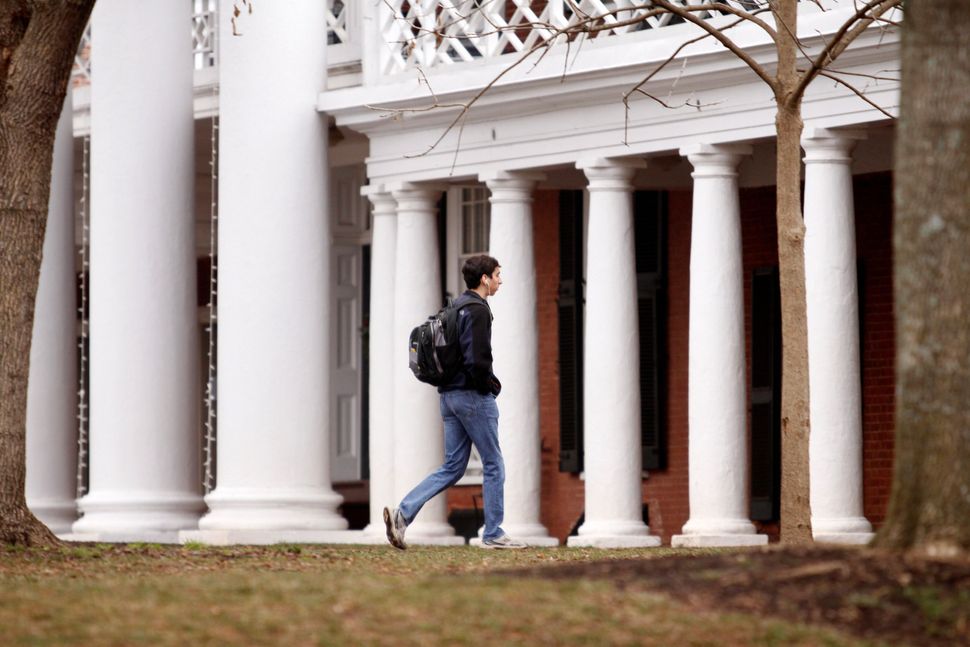 Jewish students at the University of Virginia were horrified this weekend after discovering graffiti at a nearby apartment complex. A large Star of David was painted, with the word “Juden” underneath it — German for “Jewry.”

“It’s direct Holocaust imagery and that’s what’s problematic about it,” third-year college student Michaela Brown told Cavalier Daily, an independent student news site. “It was graffiti that was used to vandalize Jewish shops and homes and destroy them.” 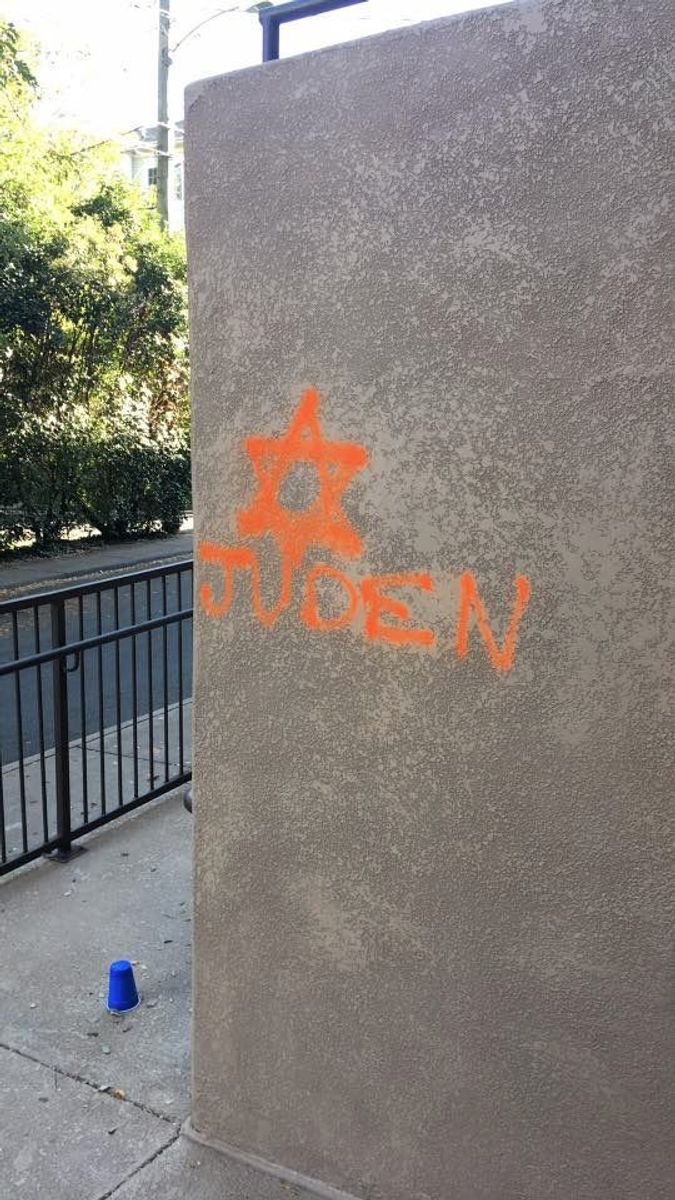 Graffiti at an apartment complex near the University of Virginia was condemned by student groups as anti-Semitic. Image by Facebook

“The imagery painted at [the complex] is intended to intimidate Jewish students and make them feel uncomfortable in their community,” UVA’s Student Council and the Jewish Leadership Council said in a joint statement Sunday night, according to the Cavalier Daily report.

Brown, who is Jewish, reported the graffiti to officials at the apartment complex, which is not a part of UVA, but which houses many students. Brown said that she also saw two graffiti markings nearby painted in the same color. One said “Satan;” another depicted a pentagram.

Jordan Fingerhut, third-year College student, also Jewish, told Cavalier Daily: “I’m horrified… I’m a Jewish student here … and I can’t believe that members of our community or members of the area would vandalize and write something so hurtful and so anti-Semitic.”

The event comes just days after the release of a comprehensive review of campus anti-Semitism nationwide, carried out Steinhardt Social Research Institute at Brandeis. Reports of anti-Semitic assaults rose dramatically in the past year, the Brandeis researchers found.

The University of Virginia was not one of the anti-Semitic hubs that the researchers identified.

And while there may be a tendency to view all critique of Israel as anti-Semitic, the Brandies study finds that at three of the identified hotspots, politics were not to blame. At these schools, where as many as one third have witnessed anti-Semitic harassment, buildings were marked with swastikas, vandals spattered Jewish centers with eggs and students were verbally assaulted.

Researchers said that it was not clear whether the well-documented rise of the white nationalist alt-right had anything to do with the spate of anti-Semitism, but at some schools, the anti-Semitism seems to be part of a larger tide of hateful speech against minorities.

In the most recent UVA incident, too other racial slurs were found written on dorm doors. Chalkings targeting minority and transgender individuals were also found around in April, according to the campus news site.