For Neo-Nazis, Donald Trump Was Once a ‘Secret Jew’ 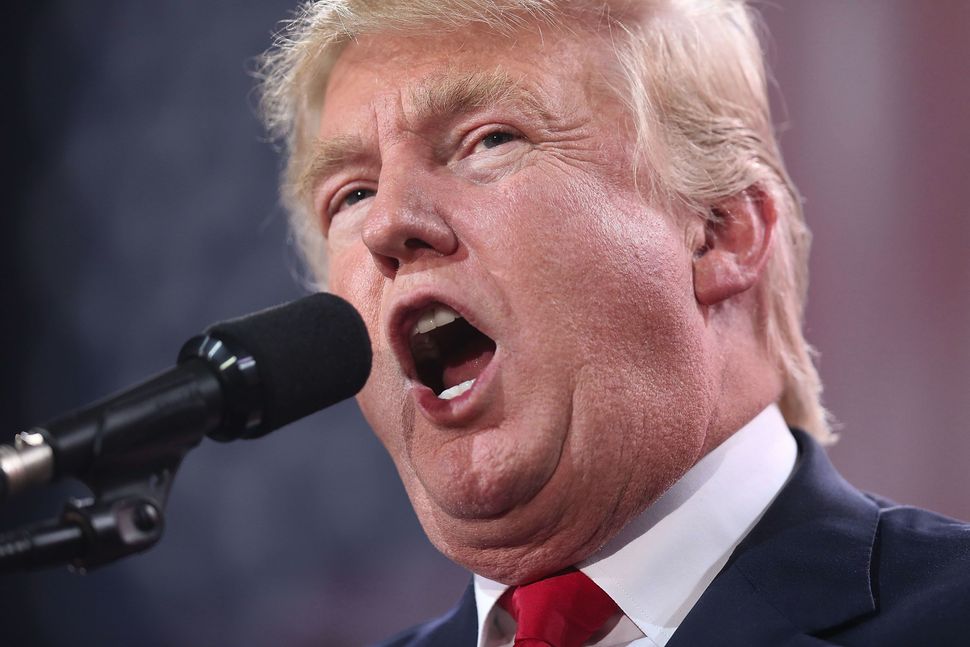 But not long ago, this alliance between Trump and white nationalists would have seemed impossible. Trump was hardly a favorite; some saw him as a selfish mercenary or an egomaniac.

Others thought he was secretly Jewish.

According to an October 25 story in Politico, before his presidential bid, many white nationalists thought Trump was a “secret Jew” or, at least served covert Jewish interests.

Users on white nationalist forums, like Stormfront and VNN, spoke often about his connections to Jews and Judaism. “Trump is not a Jew, he just wishes he was,” one VNN poster wrote in 2006. (When Trump’s daughter Ivanka did convert to Judaism, some saw this as a validation of their suspicions.)

White nationalists continued to look warily at Trump, even as he championed the “birther” campaign against President Barack Obama, widely seen as stoking nativist fires and resentments about the country’s first black president. According to Politico, one Stormfront poster gave Trump credit for the “birther” campaign, but also commented: “I will say this though isn’t it piss poor pathetic that we have a negro president being called out by a White man who wishes he was born a jew?”

Some nationalist commentators said he was a “Jewish plant,” deceiving gullible white nationalists.

When Trump announced his candidacy in 2015, he seemed to be courting white nationalists from the very beginning—calling illegal Mexican immigrants “rapists” who were “bringing drugs” into the country.

Even as his campaign was taking off, some commenters still derided Trump as a “Jew-snuggler,” Politico reported.

Other began sticking up for him, seeing a possible champion for their cause. “He has enough money to avoid the jews manipulators trying to buy him,” one poster wrote.

The tide slowly began to turn, as Trump ramped up his nationalist rhetoric. “i am starting to like this guy. trump for prez….” one Stormfront poster wrote. “It appears Donald is taking the nuclear option against Political Correctness. I’m loving it!”

Rocky Suhayda, of the American Nazi Party, still had his doubts about the candidate — but gave Trump credit, especially as more and more voices came out to denounce Trump’s rhetoric as harmful, according to Politico.

The Republican candidate “isn’t one of us,” Suhayda wrote in March, but “like him or not, Donald Trump sure has gotten under the systemite establishment’s skin. From the controlled jews-media, to the ‘mainstream’ Republirat establishment itself, they ALL seem to HATE him with a passion!”

For Neo-Nazis, Donald Trump Was Once a ‘Secret Jew’