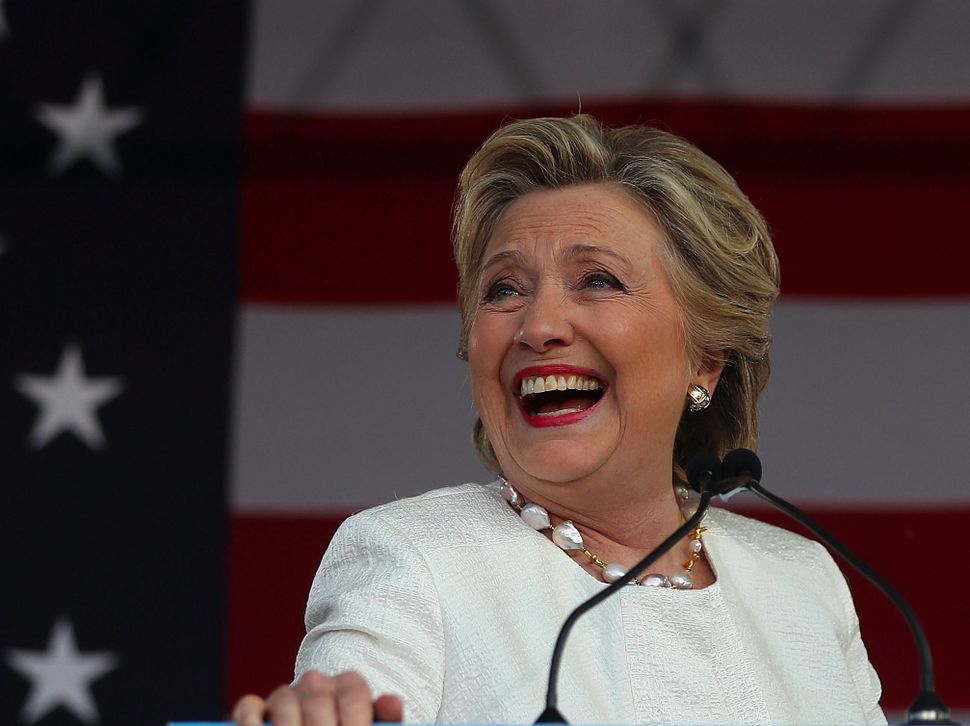 “If you all do your job, we all get to go to bed early Tuesday night,” he told an audience at a pro-Clinton rally in Florida.

And Jewish voters in the Sunshine State seem to be heeding Biden’s advice and utilizing the early voting option in large numbers.

The Clinton campaign has made early voting a top priority, viewing it as a potential advantage for the Democratic candidate in states like Florida, where the decision could go down to the wire. Jewish voters are seen as an important part of a Democratic firewall, aimed at ensuring a Clinton victory by locking down as many votes as possible before November 8.

Some reports say turnout among African Americans, another core Democratic constituency, is soft, making the Jewish vote even more important in Florida. 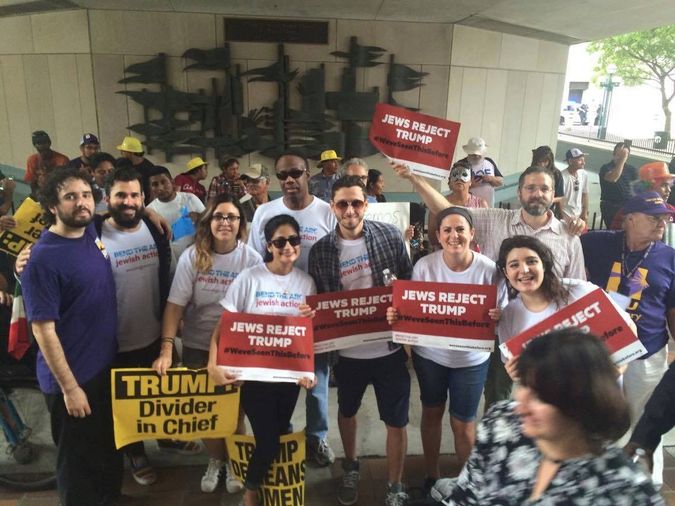 According to data provided by the Florida Division of Elections, the counties with the largest Jewish populations are leading the state in early voting numbers. And most of these early voters are registered as Democrats.

In Broward County, home to more than quarter of a million Jewish residents and the largest Jewish concentration in Florida, more than 246,000 voters already cast their ballots, many of them before news broke of the FBI’s renewed examination of emails tied to Hillary Clinton. Registered Democrats topped Republicans in Broward County’s early voting by a 3 to 1 ratio.

In Palm Beach County 158,000 people have voted arly compared to 124,000 in 2012. The county has a Jewish population estimated at 250,000 whose median age is 70. Of those who had already voted, half were registered as Democrats and less than a third Republican.

Of course there is no way of knowing how many Jews have voted early and it’s possible that strong opposition to Donald Trump among Latinos is fueling the high turnout.

Jewish activists on both sides have been mobilizing their supporters for Get Out The Vote activities in Florida, urging those identified as potential supporters to vote early . The Republican Jewish Coalition called on volunteers to sign up for phone banking and door-to-door canvassing in Florida, as well as in Pennsylvania and Ohio, to ensure high Republican turnout.

Bend the Arc Jewish Action, a progressive organization, sent out its volunteers to knock on doors at swing states this past weekend. Lauria Scop, a Bend the Arc member from Miami, spent Sunday trying to make sure voters in Miami Dade County who expressed their support for Clinton remain on board with the Democratic candidate. “Many of them had voted already,” she said, noting that voters in the area held “very strong feelings about Donald Trump.”

The National Jewish Democratic Council has concentrated much of its effort on Jewish voters in Florida, sending 50,000 of them an email Wednesday which included a letter from Yuval Rabin, son of the late Israeli leader Yitzhak Rabin, and a ) http://www.njdc.org/blog/validator( featuring current and former Israeli and American leaders, including Prime Minister Netanyahu, the late Shimon Peres and former Secretary of State Henry Kissinger, all vouching for Clinton.

Identifying former senator Joe Lieberman as a valuable surrogate fitting the profile of Florida Jewish voters, NJDC organized communal events for Lieberman in the state and made robocalls featuring Lieberman to 110,000 Jewish households in the state.

But while in Florida’s heavily Jewish counties have led the pack in early voting, in Ohio, another swing state drawing attention from both sides, the effect was not noticed. In Cuyahoga County, home to some 80,000 Jewish residents, the number of early voters has dropped by 17% compared to the 2012 elections.