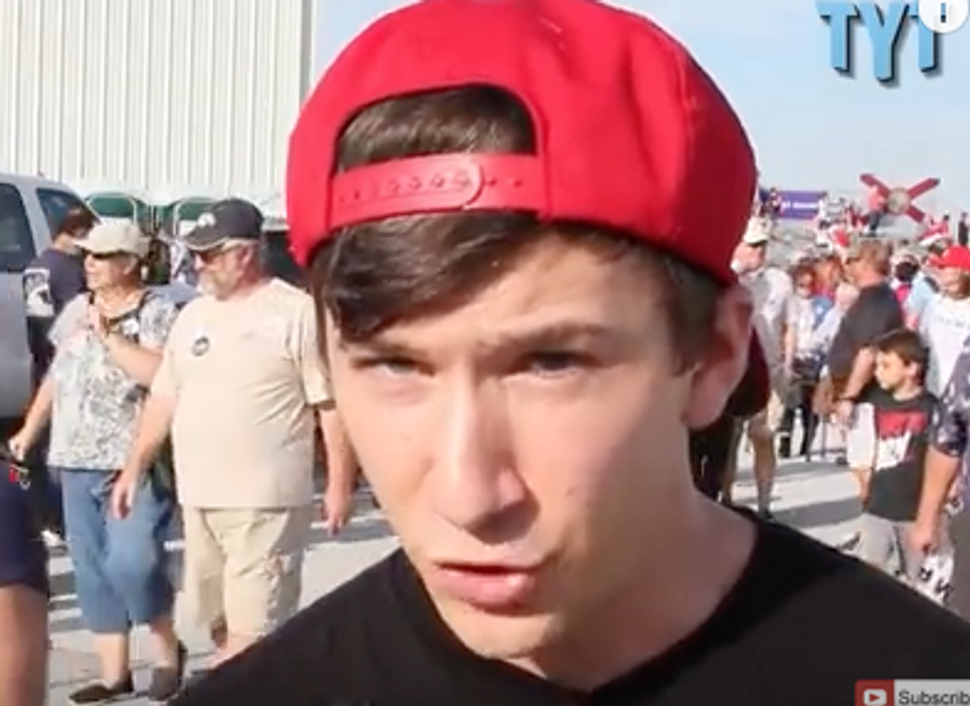 When it comes to anti-Semitic dog whistles, some Donald Trump supporters are outdoing the campaign. At a Monday rally in Sarasota, Florida, a young man at the candidate’s rally told a reporter with The Young Turks that he thought the Republican nominee would “end Zionism.”

“I like Donald Trump as president, and that’s what we need to make this country great again, to end a lot of things including… Zionism, which is huge, and it’s probably the biggest problem that we have in this country today,” the unidentified person said to Eric Byler, a staffer with the liberal news site.

Asked to define Zionism, the Trump backer did not reference the Jewish nationalist movement, but rather a nefarious to dominate the globe.

“Zionism is basically an ideology in which a few people at the top from a specific religious group control the masses, and most people have no idea. They’ve never heard the term, but it’s probably the biggest problem we have in the world today,” he said.

At the end of the interview, he advised people “to follow Alex Jones at InfoWars.com. The truth is with David Duke and Alex Jones.”

Jones is a conspiratorial far-right radio host, who has alleged that the Sandy Hook massacre was staged and that Michelle Obama is secretly a man who murdered comedian Joan Rivers. Duke is a notorious white supremacist and anti-Semite.

Criticized by the Anti-Defamation League, numerous rabbis and many pundits, the commercial implied that all three are part of “a global power structure that is responsible for the economic decisions that have robbed our working class, stripped our country of its wealth and put that money into the [ pockets of a handful of large corporations and political entities.”