BY THE NUMBERS: How Are Jewish Counties in Florida Voting? (Updated) 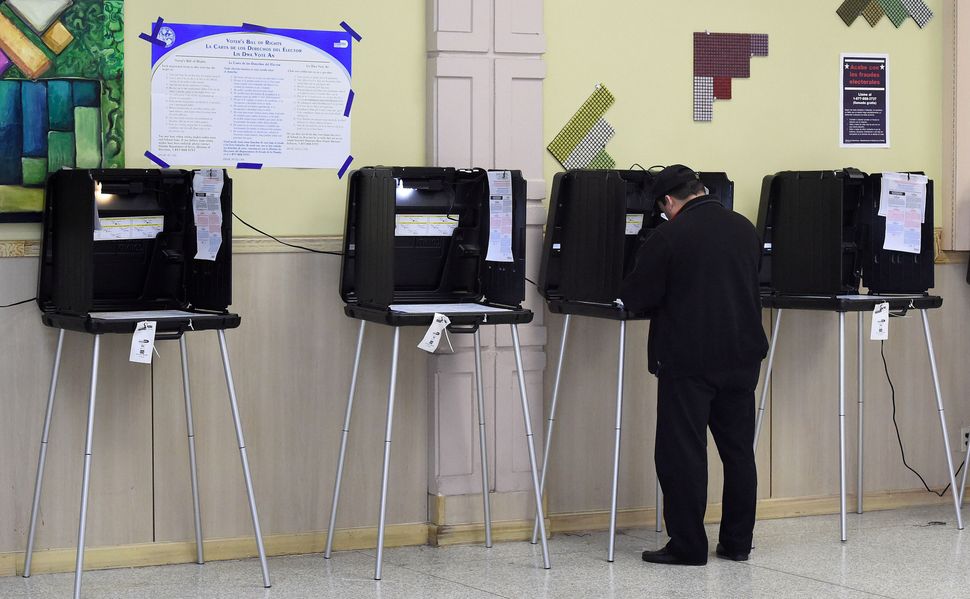 Florida is a key swing state in the 2016 presidential election and home to roughly 500,000 Jews (7% of the population), a significant demographic that both Democrats and Republicans see as key to winning the Sunshine State. In 2000, the now infamous hanging chad scandal led to thousands of Jewish voters mistakenly voting for Pat Buchanan and ultimately costing Gore the presidential election. At 7:20 p.m., Hillary Clinton is ahead by a slim margin: 5.0 million votes to Donald Trump’s 4.6 million, according to VoteCastr.

A full half of Florida’s 13 million registered voters voted early, more than any other state. Democrats garnered only 88,000 more votes than Republicans.

Midway through election day, how are the 4 most heavily Jewish counties voting?

Broward County, home to 186,000 Jewish residents by Jewish Federations of North America estimates, has voted Democratic county in the last four presidential elections. Neither Bush or McCain garnered more than 34 percent of the vote. Over 57% of the 1.2 million registered voters in the county voted early, according to the Broward County Supervisor of Elections, and voted for Clinton by a 3 to 1 margin.

A large registered Latino voter base (56% of the counties’ 1.5 million voters) resides in the county, including 30,000 who registered in October, which may prove pivotal to Clinton’s strategy. According to the Miami Herald, early voting is up 80% in the county from 2012 levels.

BY THE NUMBERS: How Are Jewish Counties in Florida Voting? (Updated)