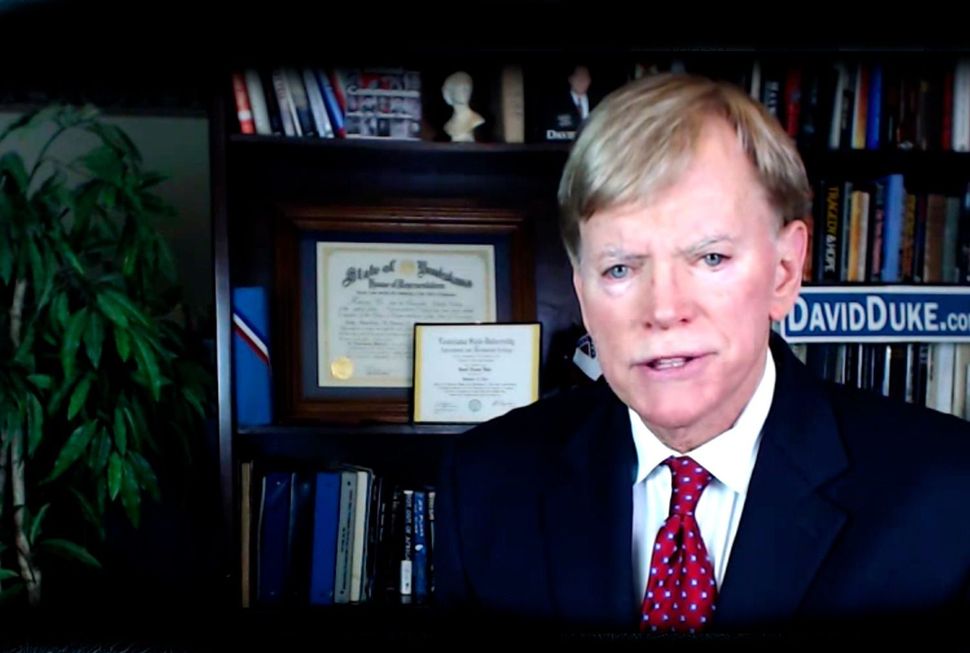 The Jew hatred that has become such a striking feature of the internet made its first major breakthrough in early June. That was when users realized that neo-Nazis had developed a way to mark the presence of Jews on social media by enclosing their names in a set of triple parentheses, also known as the echo.

More recently, the ‘Cohencidence’ hashtag has been trending: It helps identify instances of Jewish power and root them in the notion that Jews work together, surreptitiously and with diabolical cleverness, to undermine the broader society in which they live.

David Duke has embraced the term with enthusiasm. The white supremacist and candidate for United States Senate in Louisiana picks out innocuous stories from the web and labels them a #Cohencidence.

Back in May, he used the hashtag to insinuate that former British prime ministers David Cameron and Tony Blair were part of a Jewish plot, citing news report that identified both as friends of Israel and the Jewish community.

He also saw sinister motives behind an October report that the Federal Bureau of Investigation summoned the help of Israeli hackers to break the encryption on a cell phone.

Duke’s hashtag has caught on, spreading to other parts of the ‘alt-right’ section of the Twittersphere. Here a are a few examples:

As the hashtag has ricocheted around Twitter, some have tried to hit back, making fun of Duke and his compatriots for their bigoted rantings.

One of those attempts comes from the account @DovidDuke, which features Duke’s likeness photoshopped with a streimel (Orthodox Jewish hat) on head and the tagline, “a mohel with a light touch” — a reference to ritual circumcision. Here are a couple of posts from the handle.