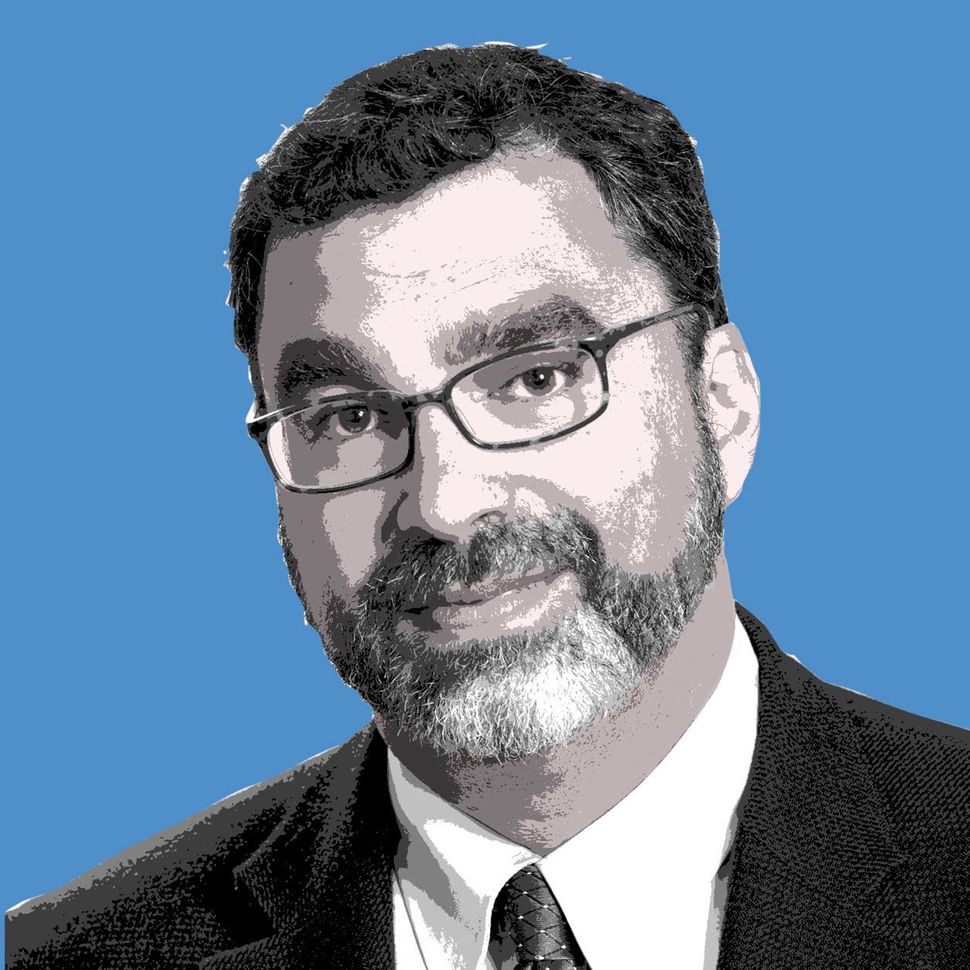 At the Forefront of Syrian Refugee Relief

This year, many Jews spoke out against the growing tide of nativism, Islamophobia and anti-Semitism.

But for Mark Hetfield, the 49-year-old president of HIAS (formerly the Hebrew Immigrant Aid Society), stemming that tide was a matter of personal importance and professional pride.

HIAS is the oldest international migration and refugee resettlement agency in the U.S. — founded to assist European Jews migrating to the U.S. Drawing on that history, Hetfield has sought to get the Jewish community involved in today’s refugee crisis.

After Donald Trump Jr.’s controversial quip that opening the door to Syrian refugees would be akin to taking a handful of Skittles from a bowl that you know included poisoned ones, Hetfield said: “Persecution always starts with dehumanization.”

Jews, he said, should know.

Hetfield said the current refugee crisis should “resonate deeply” in the Jewish community, “which remembers the plight of Jewish refugees who were turned away during World War II when they had nowhere else to go.”

Hetfield joined HIAS as a Russian-speaking caseworker in 1989 and served in a variety of positions at the organization, including Washington representative and, most recently, senior vice president for policy and programs, before being named president in 2013.

In a June interview, Hetfield said the work of HIAS has changed since the days of resettling Soviet Jews in the U.S., but that a sense of Jewish obligation is still a driving force: “Now we welcome refugees not because they’re Jewish, but because we’re Jewish.”