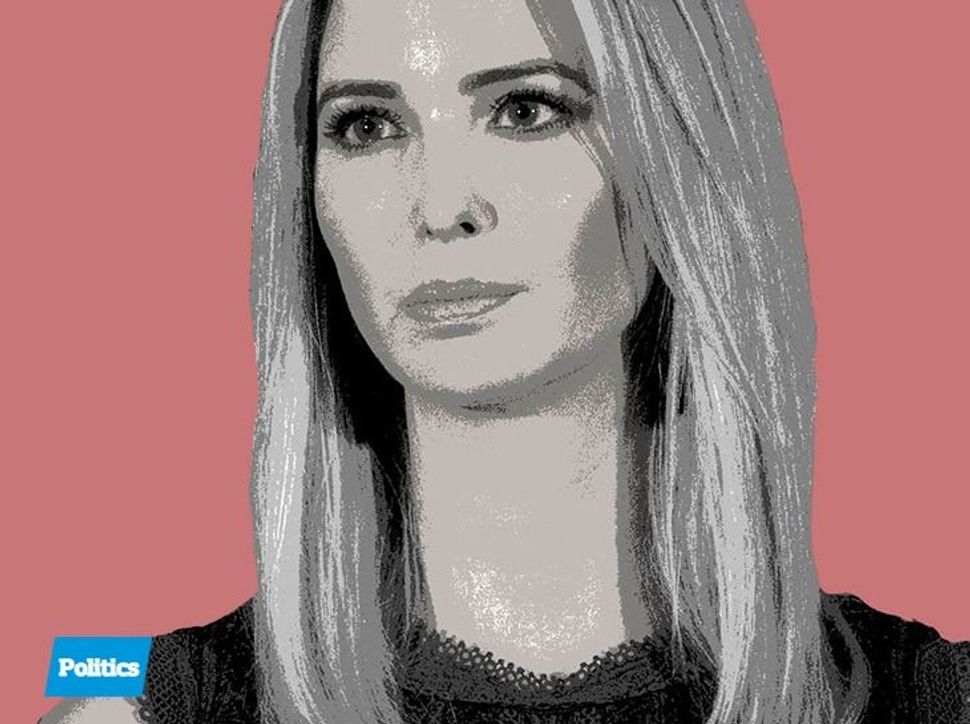 Sure, Ivanka, 35, worked for her dad at the Trump Tower in NYC. And sure, just like her father, Ivanka capitalized on the Trump name, spinning off the Ivanka Trump lifestyle brand and helping to host her fathers “The Celebrity Apprentice” TV show.

But Ivanka carried none of the baggage of the Trump family name. Her style of Trump was less gold leaf and loud ties; more pastels and pencil skirts. While her father, Donald Trump, was the butt of two decades of jokes among New York City’s elite, Ivanka was on the inside and a buddy to Chelsea Clintonand Wendi Deng.

The fact that Ivanka converted to Judaism made it hard to believe that she would stick by her father once his 2016 presidential campaign chose a path of racism, sexism, Islamophobia and anti-Semitism. But sadly, Ivanka seemed unshaped by her father’s hate rhetoric.

Ivanka didn’t object to her father’s comments. In fact, she’s been nothing but supportive throughout the Trump campaign, remaining loyal, while not personally indulging in her father’s rhetoric.

Instead, Ivanka sought to profit from the publicity. In July, after addressing the Republican National Convention, she shamelessly tweeted a link asking her followers to buy the “Ivanka Trump branded dress” that she wore onstage.

After the end of the Sabbath, three days before voting closed for the Trump 2016 election, Ivanka and her husband, Jared Kushner, went to pray by the graveside of the Lubavitcher Rebbe which is called the “Ohel” and is located at Montefiore Cemetery in Cambria Heights, Queens in NYC.

Seems like the prayers of Ivanka Trump have been answered.