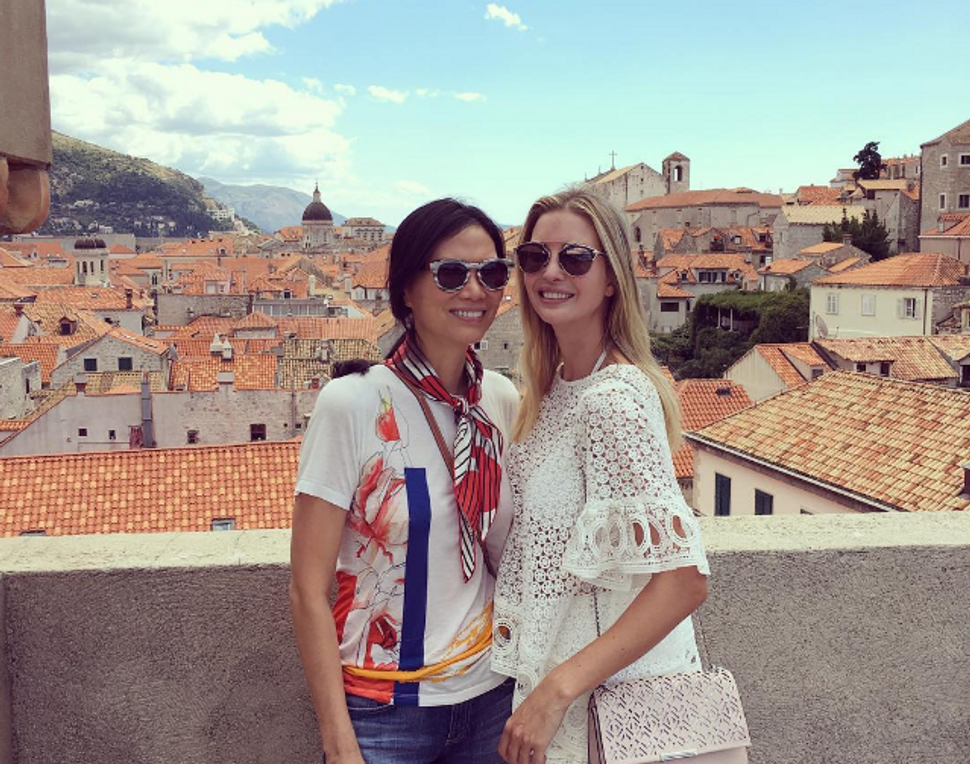 Ivanka Trump took in some sun on her European vacation with Wendi Deng Murdoch, the ex-wife of Rupert Murdoch who is reportedly dating Russian President Vladmir Putin.

Trump posted a snap to Instagram of the duo posing in Dubrovnik, Croatia, where the Republican nominee’s daughter is vacationing with her husband Jared Kushner. The two women have been long-time pals and, according to People, Deng Murdoch even played matchmaker to Trump and Kushner.

Trump gushed about her friend in a profile Vogue wrote on Deng Murdoch last month, calling her a “whirlwind.”

Sight seeing with @wendimurdoch in Dubrovnik

“I can’t recall the last time I had a conversation with her that didn’t conclude with her connecting me to four people who might become great friends or great business opportunities.” Trump told the magazine.

She later took to Instagram to post a picture of herself and Kushner after a hike in Hvar, an island in Croatia.

Manafort denied any such payments, calling the claims “unfounded, silly and nonsensical.” Donald Trump had already taken to Twitter earlier that day to blast the New York Times in response to another story written about him and took on the “dishonest and corrupt” media in general.

The failing @nytimes talks about anonymous sources and meetings that never happened. Their reporting is fiction. The media protects Hillary!

The failing @nytimes, which never spoke to me, keeps saying that I am saying to advisers that I will change. False, I am who I am-never said

I am not only fighting Crooked Hillary, I am fighting the dishonest and corrupt media and her government protection process. People get it!