Some Jewish Groups Reach Out to Trump, Others Vow To Resist 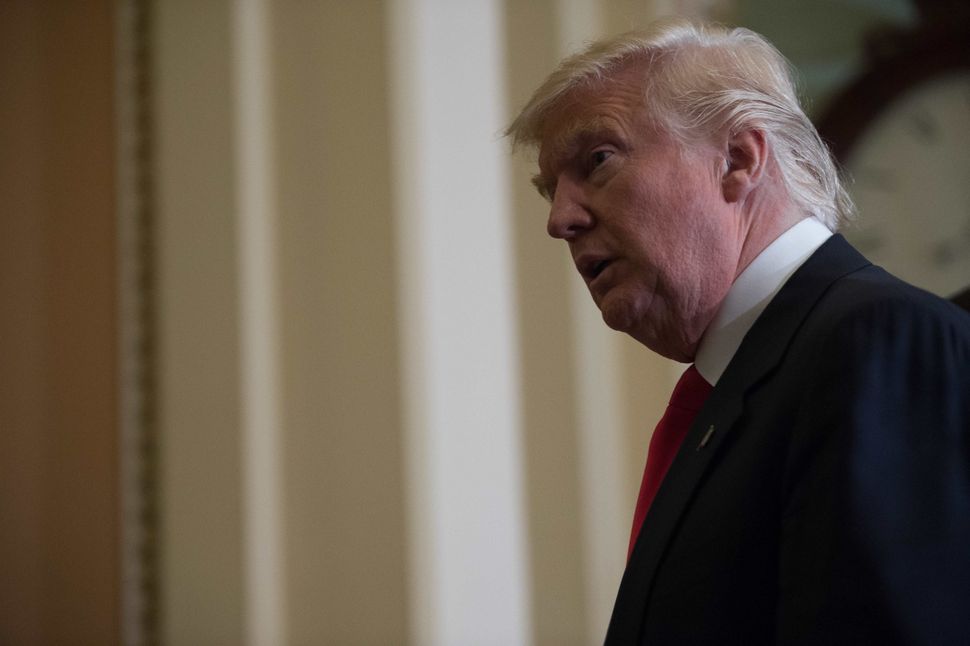 The upper echelons of the Jewish establishment have wasted no time cozying up to the incoming Donald Trump administration.

The Jewish Federations of North America fired off a letter to Trump Tower the morning after Trump’s victory, saying that the organization “look forward to working closely” with Trump. The letter included the phone number and email address of the head of JFNA’s Washington office, in case he can be of “assistance in the transition.”

The Conference of Presidents of Major American Jewish Organizations issued its own statement saying it looked forward to working with Trump and his advisors “in the transition before his inauguration and in the years to come.”

These offers have angered some Jewish activists, who remain shocked by the anti-Semitic, anti-Muslim, and racist rhetoric of the Trump campaign.

“Joseph thought that if he got really close to Pharaoh, he would be able to protect his own family while other people were being oppressed,” said Rabbi Jill Jacobs, executive director of the rabbinic social justice group T’ruah. “He learned that didn’t work.”

In the days after the election, Jewish organizations are making big decisions about how to balance collaboration and resistance in the Trump era.

Many groups, including the Anti-Defamation League, and the Jewish Council for Public Affairs, have split the difference in their statements, offering lukewarm congratulations but no offers of help to the incoming Trump administration.

A few others, like the JFNA and the Conference of Presidents, have offered direct assistance.

Jacobs said that her organization would take a different approach. “We have to be ready to be in the resistance,” she said. “Our place should not be to try to cozy up to the administration to get something for ourselves.”

A spokesperson for the JFNA said that their letter to Trump was similar to letters that the organization typically sent to newly-elected presidents and members of congress. “Jewish federations are not partisan,” the spokesperson said. “We work with elected officials from both political parties to advocate for the Jewish communities’ priorities.”

Still, other groups chose to strike a defiant tone. HIAS, the Jewish refugee rights group, issued an implicit criticism of Trump’s rhetoric on refugees in its statement on his victory.

“The Trump campaign has been very problematic in the way that they really vilified refugees, and that’s not what this country is about,” Mark Hetfield, HIAS’s president and CEO, told the Forward. “We’ll work with this administration in welcoming refugees, but they have to make it clear that they are going to welcome refugees.”

The leftist group Jewish Voice for Peace, too, issued a combative statement after Trump’s victory. Naomi Dann, a spokesperson for the group, told the Forward that she was surprised by the mainstream organization’s offers of collaboration. “It was pretty shocking for me to see the…leaders of the American Jewish community normalize this presidency as an administration we can work with and congratulate,” Dann said.

Peter Beinart, the Haaretz columnist and author, told the Forward that the Jewish establishments’ interaction with the Trump administration should be judged by the agenda the groups choose to pursue.

“If [Conference of Presidents executive vice chairman] Malcolm Hoenlein gets invited to the White House, is he going to ask Trump what Trump is going to do to make those millions of Muslims who are utterly terrified to reassure them that they are citizens of the United States who deserve protection under the law?” Beinart asked.

“Or are they just going to talk to Donald Trump about how they’re going to chip away at the Iran deal?”

Some Jewish Groups Reach Out to Trump, Others Vow To Resist