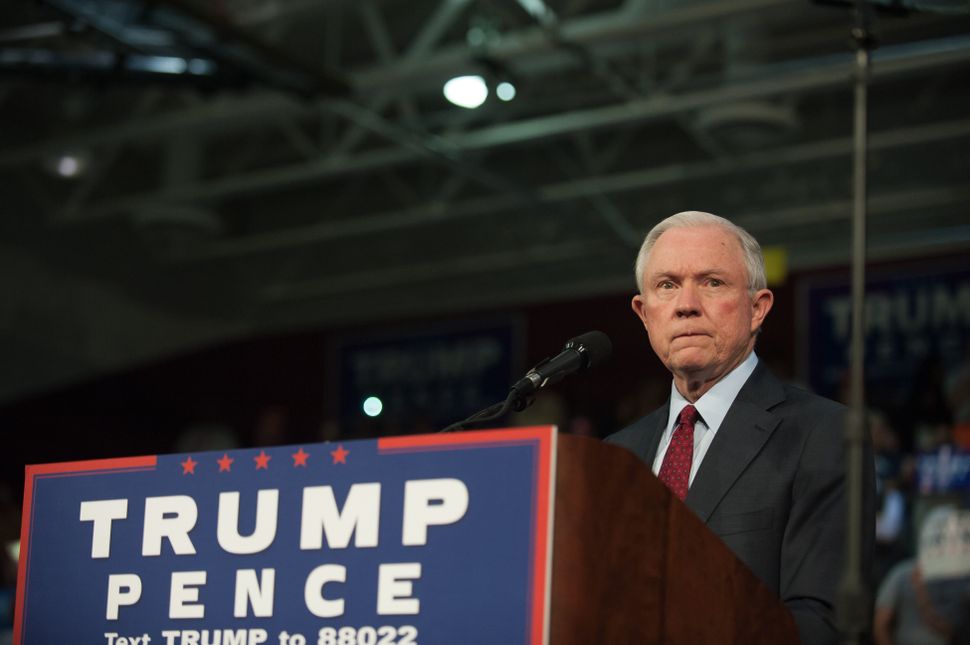 Donald Trump on has announced his pick for attorney general: Alabama Senator Jeff Sessions, one of the most conservative U.S. lawmakers and an early supporter of the president-elect’s proposal on banning Muslims entering the country.

In a November 18 statement, Trump called Sessions a “world-class legal mind” who is “admired by legal scholars and virtually everyone who knows him,” according to Bloomberg News.

Trump’s proposed ban has been widely denounced by civil rights groups, but Sessions, a former federal prosecutor, was an early defender of the president-elect’s controversial plan. In previous interviews, he has sought to make the ban more palatable to Americans.

He explained his views on Trump’s proposed plan in a June 15 interview with Meet the Press.

“We absolutely protect the right of every Muslim that’s in America to be able to carry out their religious beliefs as they choose,” Sessions said in the interview.

“What [Trump] is saying is that we need to be careful about who we admit into the country. There is no constitutional right to come to America if you possess an ideology that is dangerous. If you believe it is okay to murder gay people. Give me a break. We need to do a better job of screening against that and that’s what Donald Trump is saying.”

Sessions continued: “He said a temporary ban until we figure out what’s going on and I think that’s a legitimate analysis here. It is time for us to review what we’re doing, put aside political correctness, reject the idea that we can’t even say that radical Islam is the driving force behind this terrorism.”

The Friday appointment was cause for alarm for some Democrats.

“No senator has fought harder against the hopes and aspirations of Latinos, immigrants, and people of color than Senator Sessions,” said Representative Luis Gutiérrez of Illinois said in a statement.

Trump’s statements about Muslims have drawn a range of responses from the Jewish communal world.

This week, Jonathan Greenblatt, head of the Anti-Defamation League, pledged to register as a Muslim if Trump were to institute a national database of Muslims, something he proposed during the campaign.

“The new administration plans to force Muslims to register on some master list. As Jews we know what it means to be forced to register,” Greenblat said. “I pledge to you that because I am committed to the fight against anti-Semitism that if one day Muslim Americans are forced to register their identities, that is the day that this proud Jew will register as Muslim.”

More from @JGreenblattADL’s remarks this morning: “We as a people invented the phrase ‘Never Again,’ so let me just say, #NeverIsNow.” pic.twitter.com/folvCyPZgP

Morton Klein, national president of the Zionist Organization of America, has supported Trump’s proposal to employ religious profiling measures to deal with terrorism in the U.S.

“In an era in which the vast majority of terrorism is committed by Muslims, in order to protect American citizens, we should adopt the same profiling policies as Israel and be more thorough in vetting Muslims,” Klein told the Forward in a June interview.