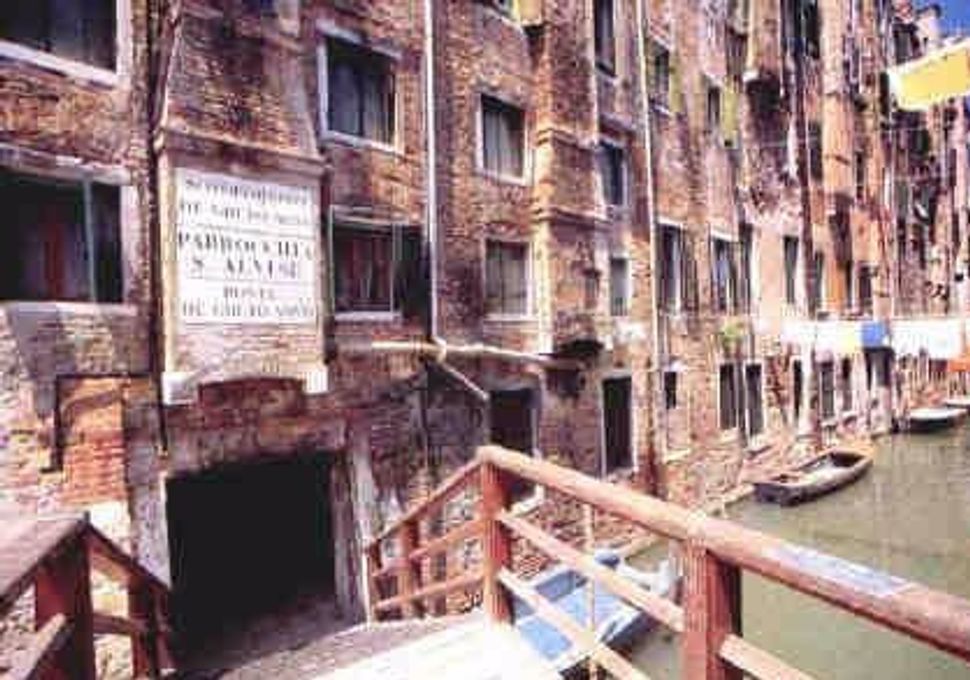 Princeton professor Mitchell Duneier came to town to talk about his new book, “Ghetto: The Invention of a Place, the History of an Idea,” and sign a few copies. But certain events in the week preceding Duneier’s November 12 presentation, at the Chicago Humanities Festival, have added extra weight to a discussion about the nature of the ghetto.

Throughout his campaign, President-elect Donald Trump targeted Chicago as a hotbed of violent crime, particularly in what he called its “inner city,” comparing it to a “war-torn country” desperate for tougher police tactics. So perhaps it was not surprising that members of Duneier’s audience at the Spertus Institute of Jewish Studies would start thinking about the implications of the idea of the ghetto in their own city.

Since March 29, 1516, when the city council of Venice issued an edict that all Jews would have to live in a closed quarter called il geto, the idea of the ghetto, Duneier argues in his book, has vacillated between two positions: a place where people of a single ethnic group can “semi-flourish” although they’re cut off from the rest of the city; or a place of extreme social control.

In terms of Jewish history, the Venice ghetto was an example of semi-flourishing. The Warsaw ghetto was an instance of extreme social control. Some ghettos can be both: while African-Americans were confined to Chicago’s Bronzeville neighborhood by restrictive housing covenants, they did manage to establish businesses and create a rich culture within the neighborhood’s boundaries. In Black Metropolis, their great study of Chicago’s south side originally published in 1945, St. Clair Drake and Horace Cayton acknowledged this disparity by referring to the neighborhood as “the ghetto” when discussing its problems and “Bronzeville” when discussing its value as a community.

(Interestingly, Duneier discovered by scouring old newspaper archives that it wasn’t until the mid-1960s that “ghetto” was used to describe primarily poor black neighborhoods. Still, as early as the 1940s, after reading about the European Jewish ghettos, some black activists claimed, “We are America’s Jews.”)

It fell to Duneier’s interlocutor, Mary Pattillo, a professor of sociology at Northwestern and the author of Black on the Block: The Politics of Race and Class in the City, to bring up the Trump question.

“I think he’ll appoint as attorney general [Rudolph] Giuliani or someone like him,” Duneier said. “He was the architect of stop-and-frisk. This is the way of thinking of the ghetto as extreme social control.”

This is also consistent with the way the idea of the ghetto has progressed in the past 75 years. When Drake and Cayton were writing, Duneier said, the ghetto was still a flourishing place. “[Black] people wanted to live among blacks,” he said, “but they also wanted to expand outward. Today the ghetto is less about racial purity than about other things. Today, it’s more about control.”