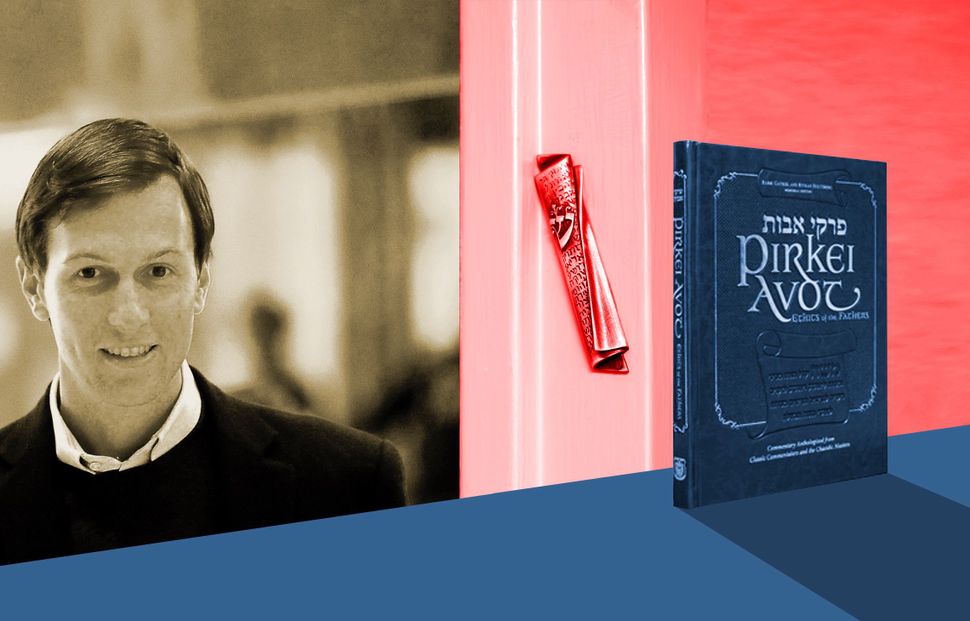 Kushner’s office is a spartan affair, empty of much decoration, except for framed covers of the New York Observer (the weekly paper that he owns) and signs of his Orthodox Jewish faith and heritage. According to Forbes, the door to his office has two mezuzahs on the frame, one on each side. Hung on the walls is an oil painting of his grandparents, both of them Holocaust survivors. And in the reception area he keeps a leather-bound copy of Pirkei Avot, a rabbinic volume that contains some of Judaism’s most famous quotes, including the advice of the sage Hillel.

Kushner is married to Ivanka Trump. Their religion surfaced in the course of the presidential campaign when his father-in-law came under accusations of anti-Semitism. There also have been rumors that he might have broken Shabbat once to travel to Trump Tower and strategize with the candidate after the release of the infamous “Access Hollywood” tape, in which the president-elect bragged about sexually assaulting women.