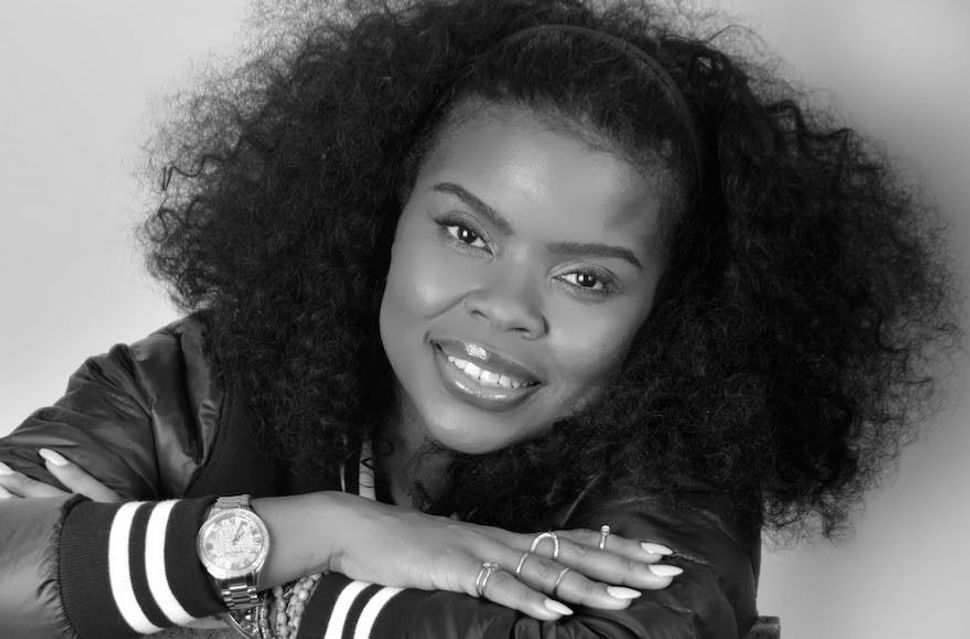 Tamar Manasseh likely won’t be ordained as a rabbi until next year, but she already has her congregation: a street corner in the Englewood neighborhood on Chicago’s South Side, where she has worked out her own solution to the city’s gun violence problem.

Every afternoon during the Chicago Public Schools summer vacation, Manasseh and what she has called “an army of moms” in hot pink t-shirts sit on the corner of 75th Street and Stewart Avenue from 4 P.M. till 8 P.M. They prepare dinner for anyone who wants it, but mostly they keep an eye on the block.

The group, called Mothers Against Senseless Killings, or MASK, began its vigil on June 29, 2015, five days after a 34-year-old woman named Lucille Barnes was shot and killed on the corner. From her own experiences growing up in Englewood, one of the city’s most violent neighborhoods, Manasseh knew that when a woman or child is shot, it’s likely to spark retaliatory shooting. MASK arose from two things that were most essential to her being: motherhood and Judaism.

By the time she formed MASK, Manasseh had been thinking about the problem of gun violence for several years. She had formed a group called the Abel Project that planted trees on the sites of shootings, crimson king maples because their red leaves reminded her of the verse in Genesis where God tells Cain his brother’s blood is calling out to him from the ground. But she wanted to find a way to actually solve the problem.

Manasseh is 38 now. She is petite in build and fierce in spirit. On a recent Sunday afternoon, she tried to recline on a turquoise blue couch in her tidy living room in Washington Park, another troubled South Side neighborhood across the Dan Ryan Expressway from Englewood, while her mother, Everloyce McCullough, prepared sweet potatoes in the kitchen. (Health problems had demanded she rest for a few days, an unnatural state for her.) Jaunty swing music played on the radio, which made an odd background to the story she had to tell.

Manasseh’s maternal uncle David McCullough had converted to become a Hebrew Israelite, or “reverted,” as Hebrew Israelites prefer to put it, to the Judaism they believe to have been their original African religion. Her uncle was still a teenager when he made the decision, inspired by an Ethiopian Hebrew rabbi who came to visit him in the hospital after he’d been shot.

Everloyce McCullough accepted Judaism, too, and Tamar grew up in the Hebrew Israelite community, at Beth Shalom B’nai Zaken Ethiopian Hebrew Congregation. Her uncle helped pay for her tuition at Akiba-Schechter Jewish Day School, a mainstream Jewish day school in Chicago’s Hyde Park neighborhood. She was not the only black student there, but she was the only one from Englewood. In Hyde Park, she saw people jogging and walking their dogs; at home in Englewood, just three miles away, kids were afraid to play outside.

Still, she had a Jewish soul, which was apparent even when she was a child, said Beth Shalom B’nai Zaken’s rabbi, Capers Funnye. She was active in the congregation, but Judaism also resonated for her on a spiritual level. When Manasseh was a freshman in high school, a friend of hers was shot and killed on the first day of spring break, right in front of her. “Everyone else was screaming,” she recalled. “The first thing that popped into my head was the Mourners Kaddish. The moment required prayer. It was like the world had stopped for me.”

She had her first child, her daughter Avriel, when she was just 18; her son Max followed two years later. She raised both children on her own, though their father remained active in their lives. She was scared of being a young mother. She used the structure of Judaism to impose some order on the task of being a parent. But she never found a place for herself within the larger community.

“Black Jews go through a lot of twisting and turning to fit into the mainstream Jewish community,” she explained. “We turn ourselves into something we never were when we started out. And no matter where I went, I never felt accepted.”

Funnye has encouraged his reverted congregants to undergo formal conversion as well, in order to be accepted by mainstream Judaism. Manasseh was among them, but she did it in order to become more acceptable to God, not to other Jews. And she resents that anyone would even question whether she is a “real” Jew.

“If I’m in line to become a Rabbi, was educated in a JDS [Jewish day school] and [had] two children who were educated the same way, have a son who had brit milah, two children who are bat and bar mitzvot, do all of the same things other Jews of other hues do…why would it even be a question if we underwent, ‘formal conversion’?” she wrote in an e-mail. “That question is where many of our problems as Jews spring from.”

Manasseh felt further alienated by what she perceived as the community’s indifference to the problem of gun violence. “I presented my idea for MASK,” she said, “and was told they weren’t working on gun violence right now.” It made her lose faith in the community.

Still, she believes the idea for MASK emerged directly from her identity as a Jew. “Black people feel so powerless,” she said. “Jews don’t feel that. Jews are always empowered. Judaism is the story of survival. Black people don’t have that story.”

Manasseh, who by then was studying in the Israelite Academy’s rabbinic program, decided to apply Jewish principles to the problem of neighborhood violence, particularly tikkun olam and the idea that Jews are called upon to take responsibility for their neighbors. This became the core of MASK. “If I weren’t a Jew, it wouldn’t have happened,” she said.

The first day of MASK, five other mothers who Manasseh had met through the tree-planting project joined her out on the corner. They served hot dogs and potato chips. At first, she said, neighbors were suspicious. They thought anybody sitting out on the street giving away free food must be from the police or the FBI. But within two weeks, the group had been absorbed into the community, and the number of participating mothers had climbed to 20. Now the group has about 50 volunteers, among them Manasseh’s mother and son, and between 50 and 75 people come by every day. It has 501c3 status and survives through donations; during one fundraising drive this summer, the group collected more than $20,000 to buy school supplies and uniforms. And since MASK began sitting on the corner, there have been just two shootings on the block, both late after night, after the mothers had gone home.

The feeling at MASK is similar to a block party, but occasionally it takes on a religious character. Manasseh organized a Yom Kippur break-fast this year. Originally it was intended to take place outside, but rain forced the group to take refuge in a nearby church. One of the volunteers had compiled a list of names of everyone in Chicago who had been killed by gun violence since the previous Yom Kippur. The members read off each of the 700 names, lighting a candle for every month.

“It was incredibly powerful,” said Dagmar Knorr, a regular volunteer. Knorr is neither black nor Jewish, but she says that even as a little girl growing up in Pilsen on the Near South Side, the divisions between blacks and whites in the city bothered her. Her parents were refugees from East Prussia and Latvia; the family arrived in Chicago in 1956. They spoke with accents, and Knorr was bullied at school. She remembers driving down Garfield Boulevard, one of the city’s main dividing streets, one day and looking up to see a boy standing in an upstairs window in a dilapidated apartment building. The window was broken; the curtains were blowing in the wind. “It occurred to me,” Knorr recalled, “that one day my family and I would be able to ‘pass.’ And there were people whose families had been here forever who were unable to do that.”

At first Knorr limited her volunteer role to delivering food from Costco, but Manasseh encouraged her to stay and talk to the kids on the corner; she said kids in Englewood rarely get to see white people.

Although MASK has been successful in its mission, garnered praise from both Black Lives Matter leaders and Chicago Mayor Rahm Emanuel, and has spawned patrols in other Chicago neighborhoods as well as chapters in Staten Island, Memphis, and Evansville, Indiana, it has not been without its critics. Manasseh is uncompromising in her vision. “When something strikes her passion,” said Funnye, her rabbi, “it’s like Jacob wrestling with the angel. She’s not letting go.” Or as Manasseh put it, “I can’t let other people’s ideas influence my ideas of doing good. If I start second-guessing and taking input, it changes everything.” This has made her enemies; “I have long set all my bridges to politicians on fire,” she said.

This past summer, Mark Jedrzejczak, the co-owner of the apartment building that MASK sits in front of, began complaining that the group was inconveniencing his tenants and even forcing them to move out. He went so far as to park his car on the sidewalk so the group would have to move and filed a complaint with the Chicago Police Department that the mothers were trespassing. In August, Manasseh and Jedrzejczak had a meeting with the police district commander and the chief of staff for Alderman Roderick Sawyer, and it was agreed that MASK could finish out the summer in its usual spot but would have to find another location in June.

As it happens, there’s a vacant lot across the street, which Manasseh has offered to buy from the city and turn into a playlot. But Sawyer, she said, has told her she’s “not friendly.” His office also declined to issue MASK a permit for an end-of-summer block party without giving a reason, Manasseh said, and the alderman is now stonewalling MASK’s attempts to purchase the lot.

Manasseh plans to continue her fight for the lot. In the meantime, she is pursuing her rabbinic studies. The Israelite Academy does not currently ordain female rabbis. But with help from Funnye, who has advocated the ordination of women since his inauguration as the Hebrew Israelite chief rabbi in 2015, she intends to be the first. For Manasseh, being a rabbi is more than a job. It’s who she is.

“Judaism is changing,” she said. “If it doesn’t change, it will die. There’s this idea that a white Jew is an authentic Jew. We can’t survive in a world like that. MASK is the very best Judaism has to offer. It’s Jewish teaching in everyday life.”