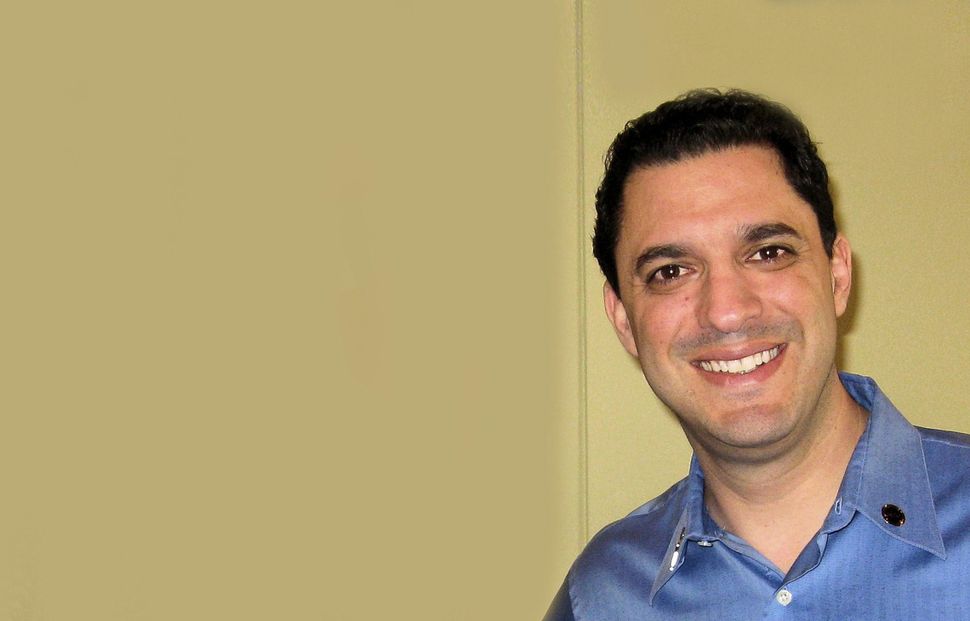 ‘Tis the season — for presents, caroling and the anti-Christmas billboard campaign run by David Silverman, head of the American Atheists group that every year urges Americans to avoid religious celebrations of Christmas.

“Make Christmas Great Again. Skip Church!” reads one of the signs, which are running in Colorado, South Carolina, Georgia and Louisiana. Another features a text conversation in which a girl tells a friend that she won’t be going to services this holiday season, with the tag line “Atheist Christmas. The more, the merrier!”

This round of billboards represents a toning-down from previous iterations of the campaign, which three years ago attracted criticism from some after American Atheists mounted a billboard in Times Square that referred to Jesus as a “myth.”

Silverman has led quite a Jewish life in some ways, growing up in a Reform congregation, attending Brandeis University and forming relationships with liberal Jewish groups like Workmen’s Circle and the Society for Humanistic Judaism. He even celebrates the holiday season — with Passover’s matzo ball soup, but still.

Silverman defended the billboard initiative in a press release this month. “It is important for people to know religion has nothing to do with being a good person, and that being open and honest about what you believe — and don’t believe — is the best gift you can give this holiday season,” he said. “More and more Americans are leaving religion, but we still have work to do when it comes to fighting the stigma many atheists face.”