Among White Nationalists, Catchy New Shorthand for the ‘Jewish Question’

Nazi propaganda introduced their own “final solution” to the “Judengrage” or “Jewish question.” Image by WikiCommons

When Nazi strategists gathered on the shores of Lake Wannsee outside Berlin to plan the “Final Solution to the Jewish Question in Europe,” they probably did not imagine future neo-Nazis using catchy shorthand for their ideas.

As white nationalists rebrand their movement with the moniker “alt-right,” the Jewish Question has re-emerged with a new name as well: The J.Q.

“Can you still be alt-right without addressing the JQ?” asked a commenter on a the discussion website Reddit last month.

“I don’t think you need to be a card-carrying Jew Hater to have a place in the Alt-Right, but anyone who doesn’t notice their influence is simply being willfully ignorant,” one commenter responded.

“Everyone says the 1%ers control the nation. Well 48% of American billionaires are jews,” another commenter added.

Nazi propaganda introduced their own “final solution” to the “Judengrage” or “Jewish question.” Image by WikiCommons

The Jewish Question has been used by anti-Semitic movements since at least the 1880s. The expression starred in the many debates about Jewish peoplehood, Zionism, national sovereignty and how to confront Jewish persecution throughout Europe.

Yet in the United States, this question was long relegated to the fringe, along with other ideas advanced by the so-called “alt-right,” a movement promoting white identity and hard-right nationalism. Today, that is changing as the “alt-right” movement is newly energized. Reddit threads, chatrooms and blogs offer a window into how adherents imagine Jews.

Some think Jews could be allies in the fight for a “white ethno-state.” Others think Jews have no place at all in white nationalism. Nazi imagery and jokes about gassing Jews abound.

Leading figures in the movement insist the “alt-right” is not anti-Semitic. 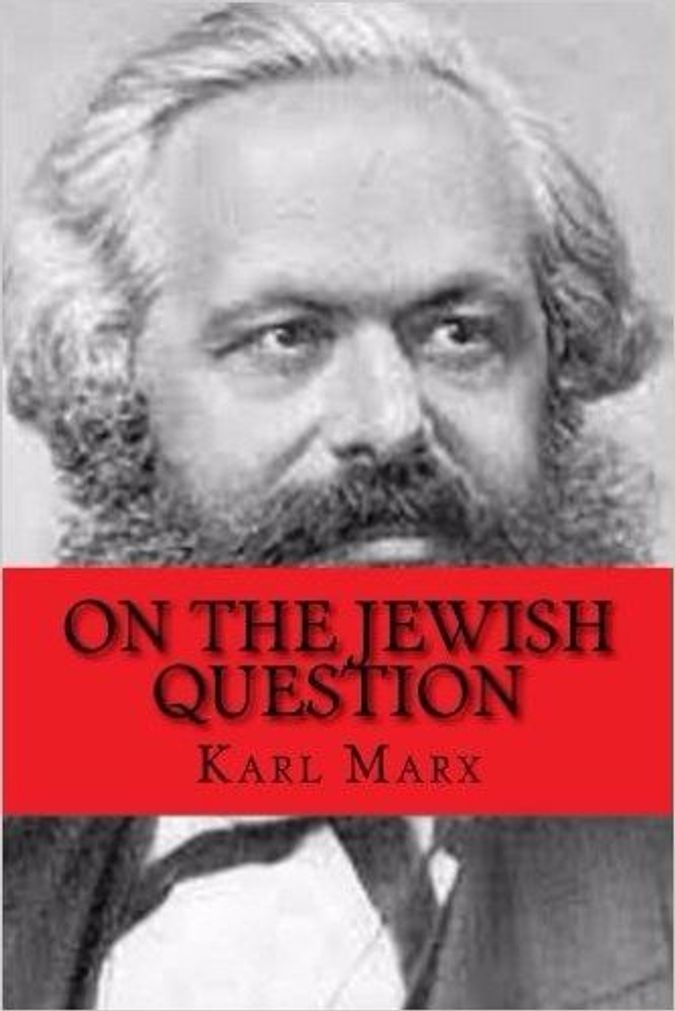 In “On the Jewish Question,” Karl Marx wrote about the social and economic role of the Jewish group in Europe.

“Many journalists have labelled the alt-right anti-semitic, which is more a smear than an actual description. There is actually diversity among the alt-right on the ‘Jewish question,’” reads a January 2016 post by Alfred W. Clark on the website Radix. “There is little dispute that Jews have disproportionally been involved in starting left-wing movements of the last 150 years… Most in the alt-right would probably agree that a free and open society should not have a problem discussing this.”

Others stress that the “alt-right” has no problem with Jewish individuals (there are members of the “alt-right” who are Jewish themselves), but with the perceived “Jewish influence” that they see as antithetical to their white identity movement. Counter Currents, a mouthpiece for the movement, laid out the complexities onf the so-called JQ:

“So Jews are, of course, not a monolith. There are plenty of Jews who share, or at least can respect, the basic core values of the Alternative Right. Some do hold socially conservative values; some do oppose allowing demographic changes through unchecked immigration,” the post read. However, the post adds, liberal Jews were instrumental to making American policy more liberal.

The alt-right can be surprisingly knowledgeable on the Jewish faith. When liberal personality Michael Skolnik tweeted against racism and sent love to “all my Jewish brothers and sisters observing Yom Kippur today” one Reddit commenter slammed him as a “retard.” “You are not allowed to use your phone in Yom Kippur,” he wrote. He added that he himself was an ex-Jew.

That provoked a quick and curious response by another reader:

“What do you think of the JQ? Concerning, in particular, the media; news outlets, hollywood, popular culture, banks, and so on?”

Among White Nationalists, Catchy New Shorthand for the ‘Jewish Question’