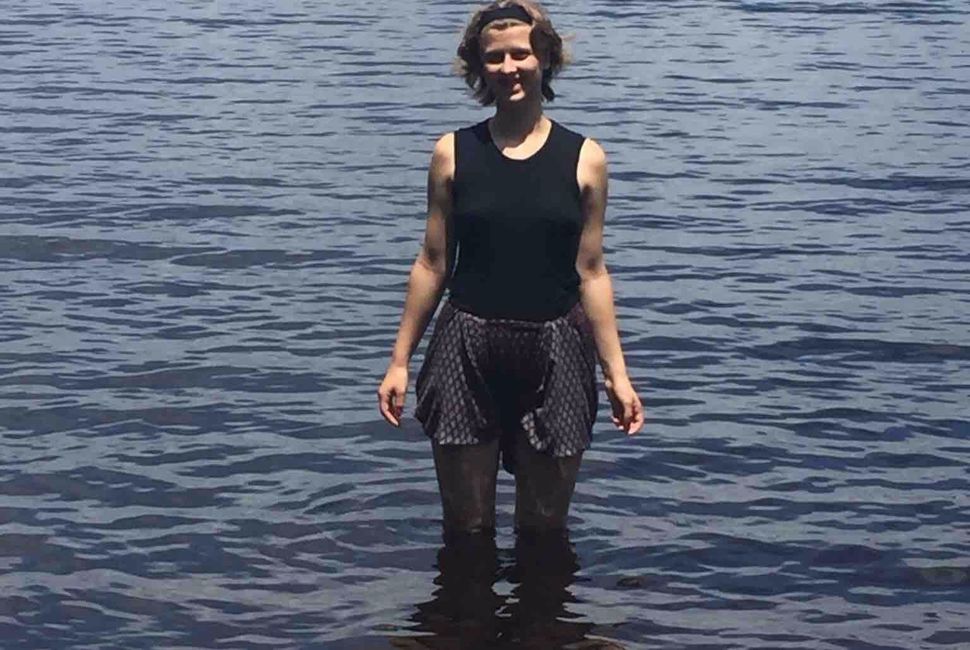 Sophia Wilansky posted a photo of herself with her dog, Angus, at her parents’ home in The Bronx after spending weeks at a Minnesota hospital.

“Sophia is doing better each day,” her father, Wayne Wilansky, wrote on Facebook last week. “She is very brave and I witness that bravery on a daily basis.”

In the weeks since Wilansky’s injury, the Army Corps of Engineers has moved to bar a portion of the Dakota Access Pipeline that the protesters opposed. But activists remain wary, noting that Donald Trump’s administration could reverse the decision as early as January.

Wilansky, 21, a recent graduate of Williams College, was hit by a police concussion grenade while protesting the pipeline in mid-November, activists say. The explosion tore off much of her arm. Police denied that their explosives could have caused that kind of damage, but Wilansky’s father says that the doctors found evidence of a grenade inside of her arm.

“A surgeon said he pulled shrapnel out of her arm,” he said. “It’s pretty clear it’s a grenade that caused this.”

Wayne Wilansky has tracked his daughter’s progress on a public Facebook page, as interest in her case has swelled, and donations to help pay for her medical care have flowed into a GoFundMe account. 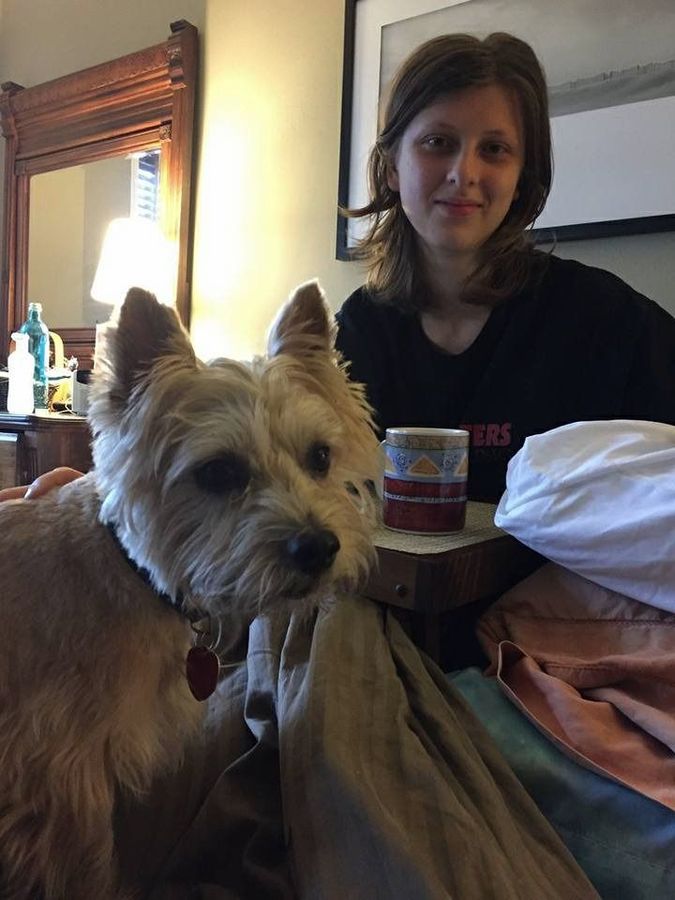 Sophia Wilansky at home in The Bronx with her dog, Angus. Image by Facebook

On December 7, Wilansky wrote that Sophia was in severe pain, but was working to be ready to leave the hospital. She was back in the Bronx by December 11.

In an earlier post, Wilansky praised the care his daughter had received at the Hennepin County Medical Center. “The Nurses have been especially kind to her and that has been a major ingredient of her recovery so far,” Wilansky wrote. “Her body is recovering and she has gotten out of bed and can now walk around the hallways. It will be a very long time and many surgeries before we know the status of her arm and hand.”

Sophia is slated to undergo further surgeries at hospitals in New York. She has posted her own brief updates on the Facebook page, thanking her supporters and offering to pass on portions of the funds donated for her medical care to other injured protesters.

“If anyone else is hurt on the frontlines and needs to pay up front and out-of-pocket for time-sensitive emergency medical care, I would be happy to either lend or give the money out of my medical fund,” Wilansky wrote, while still in the Minnesota hospital. “I think that I received a disproportionate amount of money because I’m white, so I want to make sure that all the Sioux and other native people are taken care of as well.”

Wilansky’s father told the press in late November that he had been in touch with the Department of Justice about the police role in his daughter’s injury.