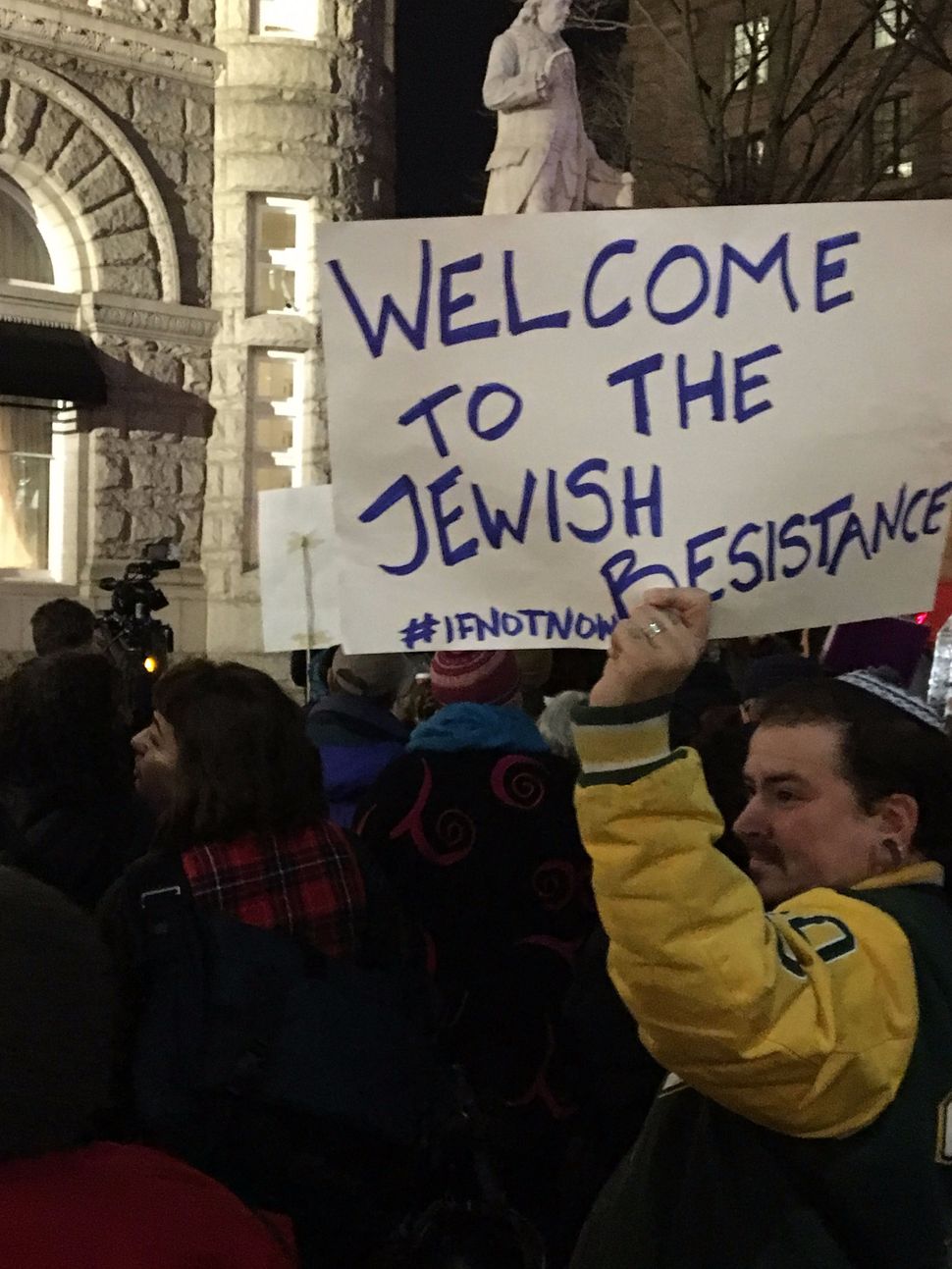 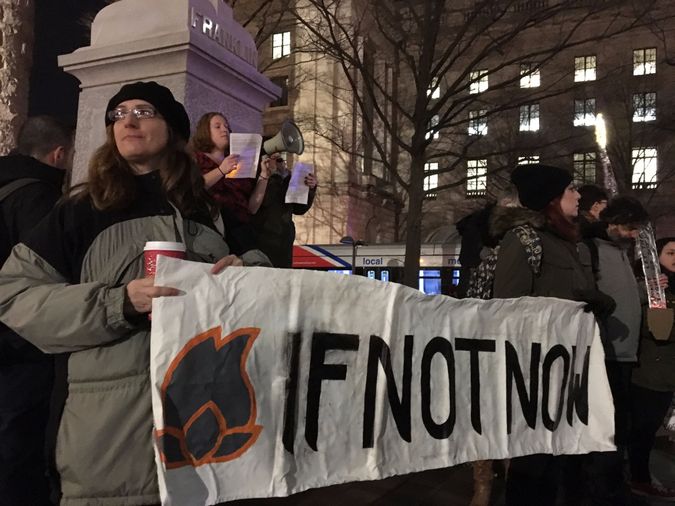 Under the banner of “Jewish Resistance,” several hundred activists protested Wednesday evening outside the Trump Hotel in Washington, where the Conference of Presidents of Major Jewish American Organizations held its Hanukkah reception.

Protesters marched from nearby Freedom Plaza along Pennsylvania Avenue and gathered outside the brand new hotel to express their dismay with the decision of the Jewish umbrella organization to holds its event at a property owned by Trump.

“Trump does not speak for me,” said protestor Samantha Waxman. “He has aligned himself with anti-Semites and White Supremacists and here we have the Conference of Presidents saying ‘yay Trump, yay White Supremacists, screw all the Jews who don’t agree with us.’”

Several Jewish organizations invited to the event also decided to boycott it.

Another participant, Akiva Wolberg, said the Conference of Presidents presents itself as a group speaking for the entire Jewish community “but they kiss up to Trump, they support the occupation, and most Jews don’t support that.”

Protesters, many of them organized by IfNotNow, an activist group speaking out against the establishment Jewish organizations’ views on Israel, also raised signs and chanted slogans against the continuation of Israel’s occupation of the Palestinian territories.

While protestors were huddled outside in the cold Washington night, Jewish organizational leaders, ambassadors and other invitees celebrated inside the Trump hotel at the reception, which was co-hosted by the Conference of Presidents and by the embassy of Azerbaijan.

Noah Pollak, director of the Emergency Committee for Israel who participated in the event, said it was well attended. Still holding a jelly doughnut from the reception, Pollak took issue with Jewish organizations that decided to boycott the event because it was took place at the Trump hotel. Speaking of Jonathan Greenblatt, national director of the Anti-Defamation League, Pollak said he was “willing to meet with [Turkish leader] Erdogan, but won’t show up to a Jewish event at Trump hotel.”